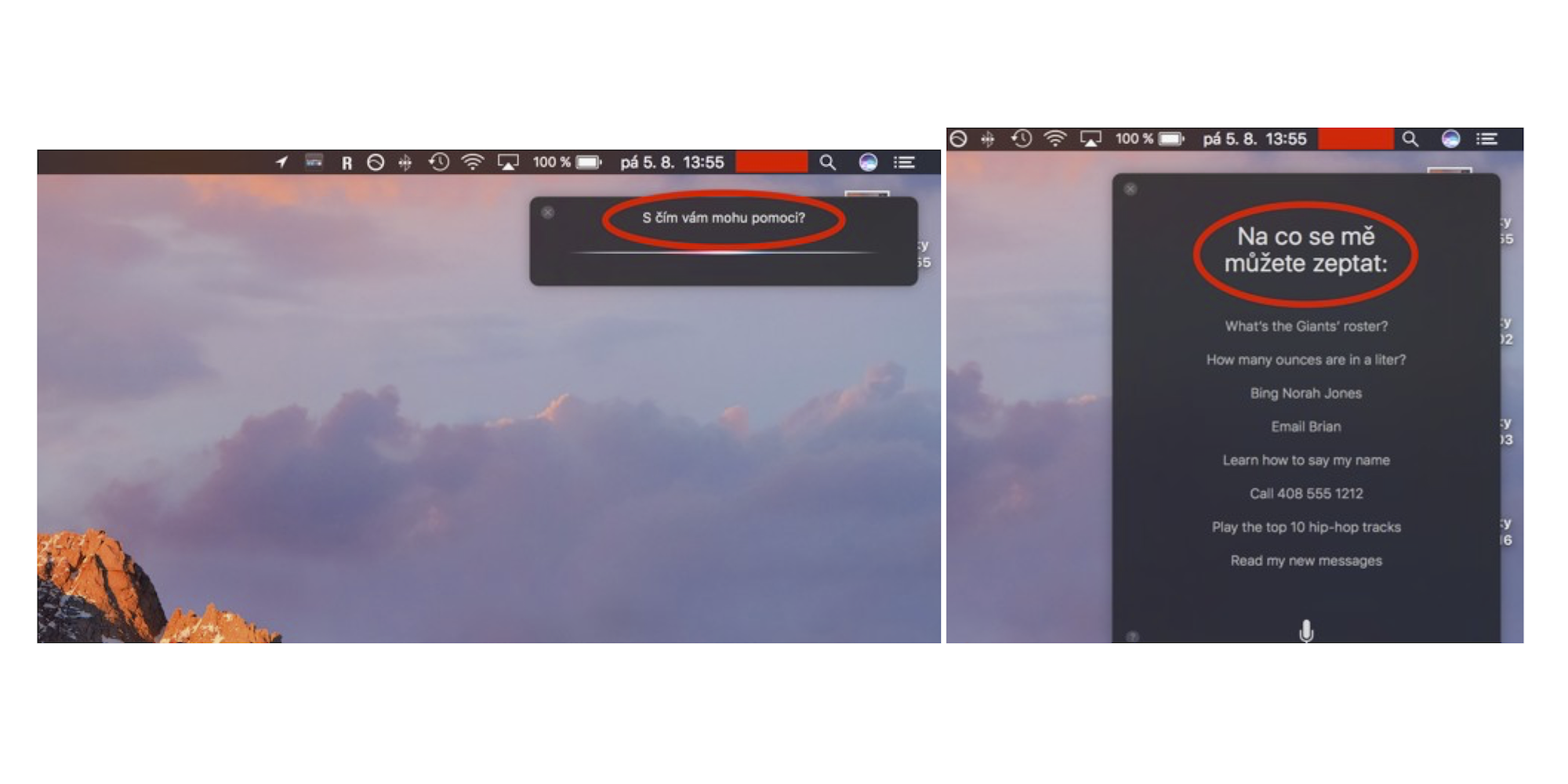 Update: Romanian support appearing too (via itutorial.ro). And readers report the same text appearing in Polish and Hungarian.

Czech language support for Siri has been spotted in the latest macOS Sierra beta, hinting Apple may be planning on adding additional languages to the virtual assistant in the near future.

Czech language blog muj-ipad.cz posted the above and below images of Siri speaking Czech as shared by developers using the latest beta release of macOS. Apple released macOS 10.12 Sierra beta 4 for developers earlier this week as well as public beta 3 for other testers a day later.

Back in January of 2015, text strings spotted in an iOS 8 release hinted Czech, Slovak, and Polish language support were in development for Siri, all three of which have yet to make an official appearance. Apple currently keeps a full list of countries where Siri is supported on its website for iOS 9.

Sierra brings Siri to the Mac for the first time as a standout feature of the release and Apple is also launching a new Siri SDK to let third-party developers tap into the voice assistant alongside iOS 10. We previously took a look at the new Siri features in Sierra in our video hands-on with the beta, and we also showed you how to enable hands-free ‘Hey Siri’ commands.

Apple is expected to release macOS Sierra to all users this fall, likely sometime in September to accompany iOS 10 and new iPhones.