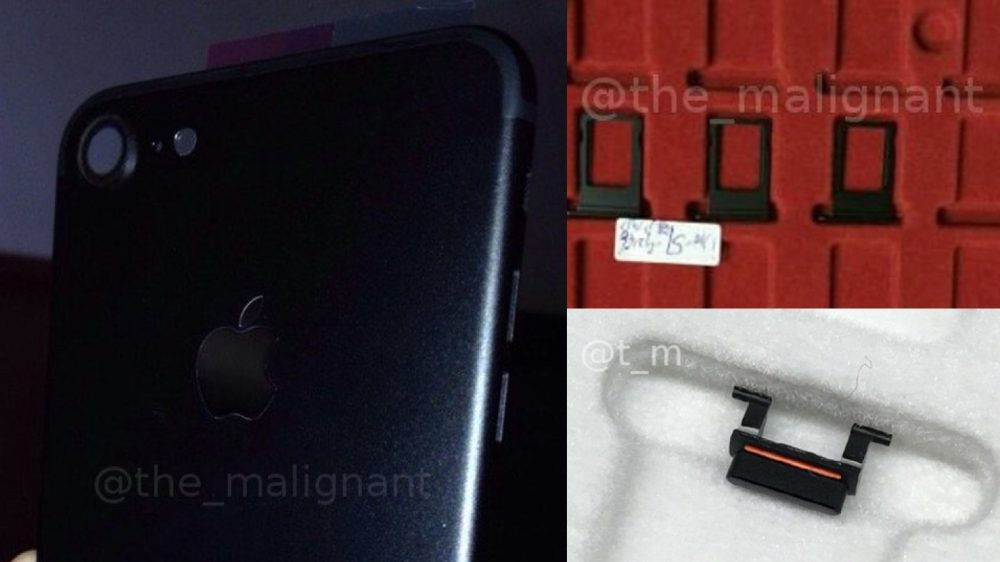 Over the weekend, a few photos appear to show that the iPhone 7 will indeed come in a new Space Black color variant, as previously rumored. The black chassis, SIM tray and mute button we saw earlier pictured are markedly darker than the Space Grey color seen with iPhone 6s. The exact source of these new images is unclear.

The new black color mirrors the Space Black option for Apple Watch. It is unclear if the Space Black iPhone 7 would be released alongside the Space Grey color option, or if it would replace it in the lineup.

A new color option may be a big factor in driving iPhone 7 sales as other rumors are pointing towards a more iterative hardware update. Apple is breaking its usual tick-tock upgrade cycle by retaining the same external design for three years in a row; the iPhone 7 will largely look like the iPhone 6s and iPhone 6 in chassis.

In terms of new features, some models of the iPhone 7 will feature a dual-camera system. This will include two image sensors for substantially better quality photos but leaks have shown that this feature will be limited to specific versions of the 5.5 inch iPhone 7 Plus only. However, a larger, improved, camera is also expected for the 4.7 inch phone — technical details of the improvements are not yet known.

You can see the three kinds of iPhone 7 in the video below.

The iPhone 7 has also been rumored to become fully waterproof this year, a first for the iPhone lineup. Waterproofness is a common feature on high-end Android phones. The iPhone 7 will also include the usual improvements to graphics and compute performance with a new SoC, likely dubbed the ‘A10’.

Moreover, it is all but confirmed that the iPhone 7 will feature a base jump in storage space. Apple will (finally) drop the 16 GB iPhone from the lineup, instead starting at 32 GB. It will also add a higher-end 256 GB SKU. Many rumors have suggested a SKU lineup of 32/128/256 GB.

Apple will release the new iPhone 7 sometime in September, the current expected release date is September 16. The company will announce the new product at a media event about two weeks earlier, around September 7.