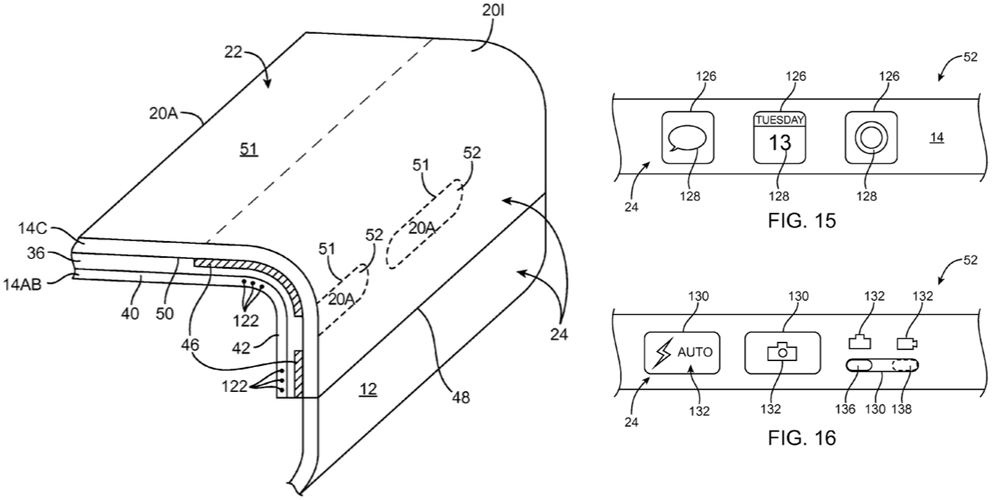 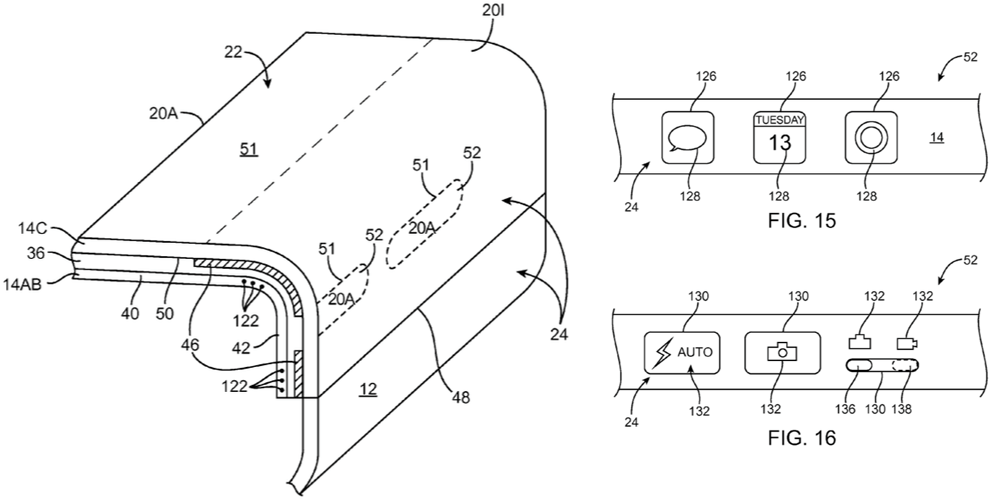 Apple was today granted a patent for devices with a curved glass sidewall with virtual buttons, switches and information displayed on the edge of the device. This approach is the same as that used by Samsung on its Galaxy Edge devices, and a less radical version of an earlier Apple patent for a full wraparound curved display.

However, before anyone suggests that Samsung should sue Apple for copying its idea, it should be noted that Apple first applied for the patent in May 2014, almost a full year before Samsung launched its first Edge device, the Galaxy S6 Edge …

While Galaxy Edge devices have a continuous display from front to side of the device, Apple’s patent suggests that it might create an artificial break between front and side displays, even though it would comprise a single display.

In that way, the device might have a square-edge design, like the iPhone SE, disguising the fact that it is created by an underlying curved display.

The patent also describes the possibility of gestures being used to bring up different sets of controls on the edge of the screen.

As always, we note that only a tiny proportion of Apple patents ever make it as far as a finished product, but Patently Apple does note that the patent has been revised three times in 15 months, suggesting that it may be something Apple is working on quite actively.

With the iPhone 7 looking set to have only minor external design changes, it has been suggested that Apple may be planning a more radical design change for a 10th anniversary iPhone next year.