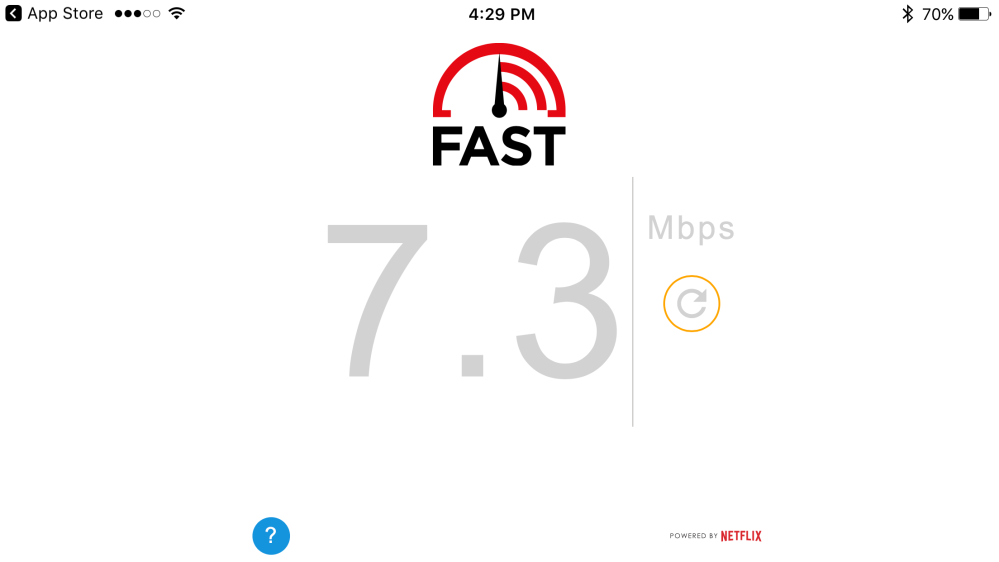 Netflix today has made its “Fast” internet speed testing service available on iOS and Android. The company originally launched the tool back in May on the web as a way to give users a chance to judge their internet’s streaming capabilities.

Perhaps more importantly for Netflix, though, is that Fast can help the company figure which internet service providers are lacking in the bandwidth provided to users. Additionally, Fast is more accurate than other popular speed test services. This is because providers are aware of the speed testing website and can ensure that their network performs strongest during tests. In turn, users often get results via speed test services that are higher than the speeds they get when normally browsing the web.

Fast, however, tests a user’s connection to Netflix’s servers. One thing it doesn’t do, though, is test upload speed. Netflix explains that download speed is more relevant to users when it comes to streaming content. “We want Fast.com to be a very simple and fast speed test,” Netflix says.

Use the fast.com application to help you see how fast your internet connection is, whether on mobile or broadband, anywhere in the world. It is ad free with a streamlined design that is quick and easy to understand.

The new iOS and Android apps are just as simple as Fast.com, especially considering the apps may very well just be a wrapper for the website. Nevertheless, Fast is incredibly easy to use. You can download the app from the App Store or Play Store now.