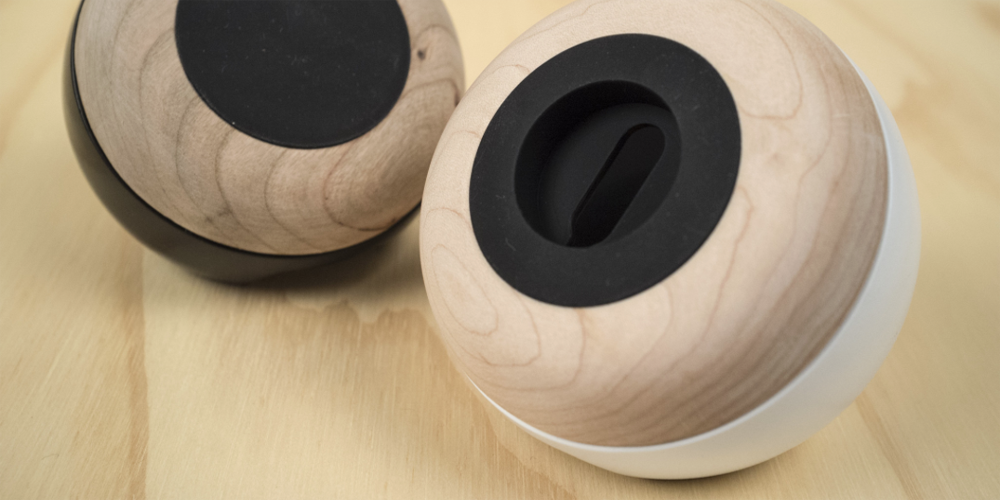 When I reviewed the FŪZDock Apple Watch nightstand almost a year ago, I described it as ‘a neat, affordable solution which will work well with Nightstand mode.’ It’s done the job well enough that I hadn’t bothered looking for an alternative, but I’d describe the design as unobtrusive rather than positively attractive.

So when a Danish company realized my weakness for wood, and sent me the Enveo Chestnut Dock, I switched out the FŪZDock to give it a try …

Like many of the charging docks on the market, the Enveo one doesn’t include the charging puck itself – you have to provide your own. What you get is a three-piece assembly.

The base is metal, painted either white or black. Despite my general fondness for black, the white version is a better match for the white charger you get with the Apple Watch Sport.

The front element is chestnut. To anyone who likes the look of wood as much as I do, this was an instant win, aesthetically pleasing and beautifully finished. The combination of wood and white base gives it a simple, modern feel.

The final element is a black silicone surround. This makes it easier to insert the charging puck, but it also has a second purpose: it’s replaceable. That means that if you ever change smartwatch, you’d just need to buy a new silicone ring. The company currently offers these for the Pebble Time and the Apple Watch. I can’t personally see myself ever switching out from the Apple Watch, but it’s good to have the option.

Regular readers will know that my love of wood is matched only by my distaste for wires, and that’s where the Enveo dock scores another win: the built-in cable management. There’s enough room in the hollow inner to curl up any excess cable length to keep things neat. 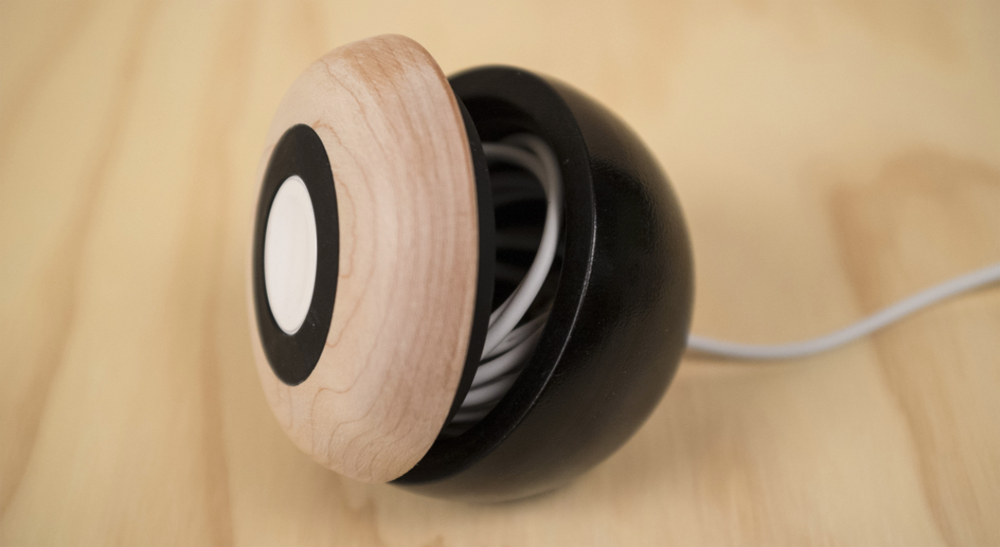 It has to be said that persuading the curled wire to stay put as you close the casing is a little fiddly, but it shouldn’t be something you need to do often. Once the wooden front is back in place, it is completely solid.

Which is the final thing I like about the dock. The metal base gives it enough weight to stay put, without being excessively heavy (the company previously sent me a prototype model which was much heavier).

The one thing that may prove a drawback for some is that the dock is quite steeply angled, sitting back about 30 degrees from the vertical. That works fine in nightstand mode given the relative heights of our bed and bedside table, but if your table is significantly higher than your bed, you may find yourself struggling to see the watch face in nightstand mode.

The other issue? It’s pretty pricey, at $69. Considering that a genuine Apple charging puck will cost you around forty bucks more, that means the all-in price is a little north of $100 – a fairly stiff addition to the cost of the Watch if you have the Sport model. If you don’t want to spend this kind of money, the FŪZDock is a solid alternative, and there are even a surprising number of charging stands out there for less than $5!

But if you like wood and a contemporary design, and are prepared to pay for it, the Enveo gets a thumbs-up from me.

The Enveo Chestnut Dock is available for $69 from the company’s website.