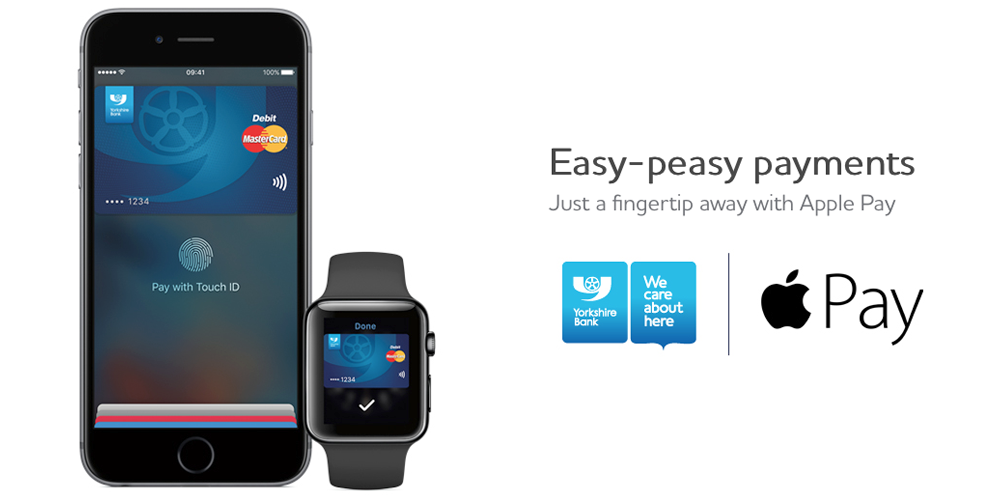 The total number of UK banks and card companies supporting Apple Pay has reached 20, as Clydesdale Bank and Yorkshire Bank announced that they now support the mobile payment platform. Though originally separate, the two banks were merged in 2005, retaining separate branding but operating as a single legal entity, CYBG …

Both debit and credit cards can be added to Apple Pay, with MacRumors noting that a third brand operated by the group – simply called B – will also support the service.

“Making Apple Pay available to our customers across Clydesdale Bank, Yorkshire Bank and B is the latest initiative in our omni-channel strategy across the business, which is centred on using digitisation to deliver better, sustainable services for customers and an enhanced customer experience,” said Helen Page, chief marketing officer at CYBG.

Apple has not yet updated its support page to reflect the additions. Existing Apple Pay banks and financial institutions in the UK are:

Back in the U.S., dozens more banks and credit unions joined the party yesterday, the second expansion this month. New retailers continue to add Apple Pay support, Chick-Fil-A the latest chain to announce acceptance for the payment method as of tomorrow.