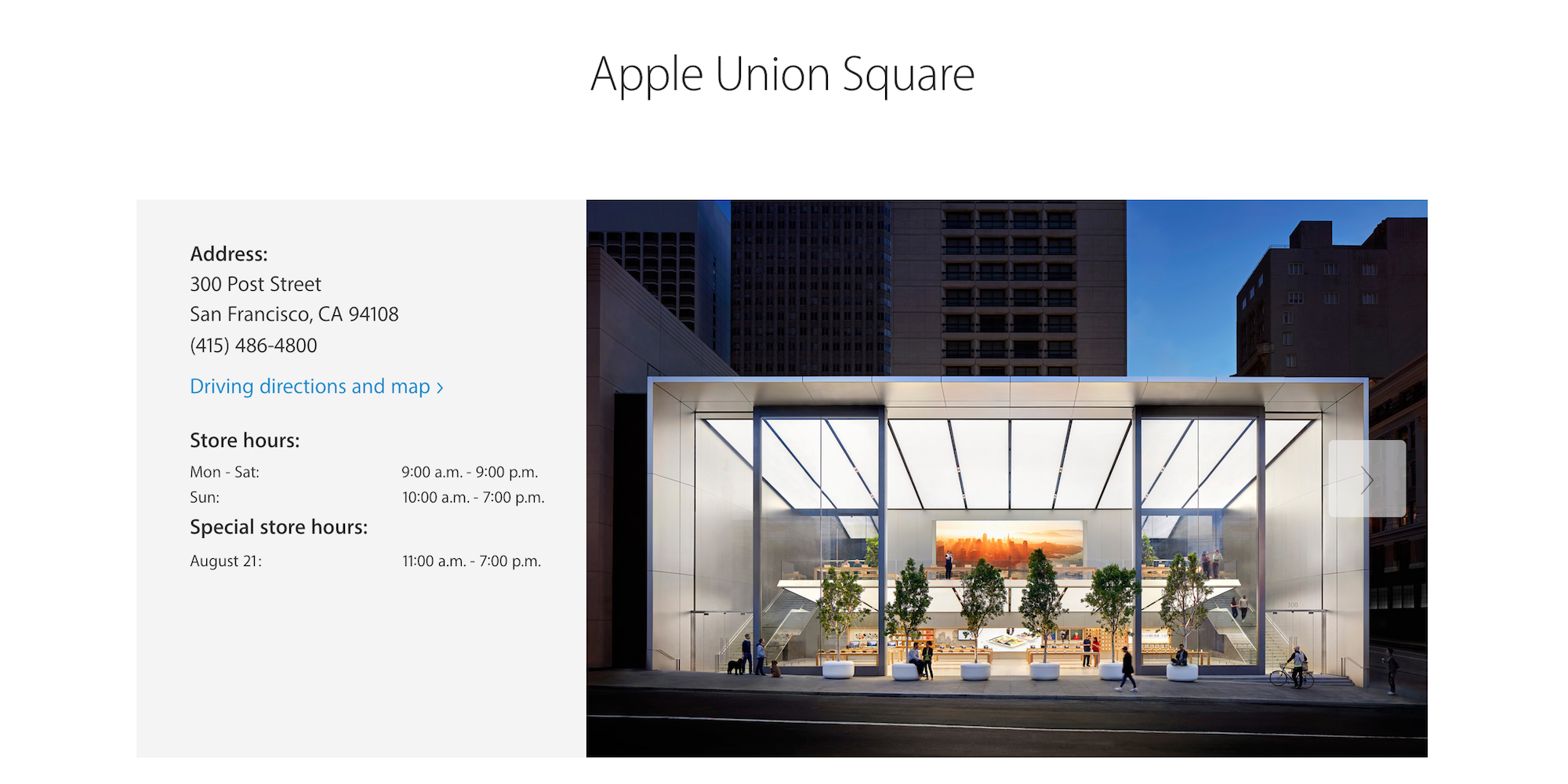 Apple appears to be tweaking its branding for retail stores by removing the word ‘Store’, as spotted on the company’s website (via MacRumors). Apple has started transitioning its own listings for retail stores to remove the word “store,” and for new stores starting with the launch of its just opened San Francisco location that’s listed as “Apple Union Square”.

The changes build upon community and volunteering efforts we detailed earleir this year that Apple is pushing throughout its retail system.

We noted earlier this week that Apple was planning some retail changes with store meetings scheduled for this weekend:

Today’s report notes that Apple store employees have been notified of the gradual change taking place, although “Apple Store” doesn’t appear on signage in stores, it looks like the company will encourage employees to refer to locations without using the current “store” branding.

It’s possible the move could be Apple’s attempt to promote Apple stores as more than just retail stores, considering the company hosts workshops, camps for kids, and other programs. And Apple’s latest store designs have implemented even more areas that go beyond the retail shopping experience. Notably, Apple’s new San Francisco store introduced a space it calls “The Forum,” described as a “vibrant gathering place, centered around a 6K Video Wall” used for public events and education sessions, and “The Plaza” to offer free public Wi-Fi and seating 24/7 to locals in an outdoors area that Apple is remodelling for the community.

While there isn’t much consumer-facing signage that promotes the “Apple Store” brand, Apple does have its “Apple Store” app for iPhone and iPad that allows users to purchase products and accessories from its online store. It remains to be seen if the app name will follow suit with the retail store branding.