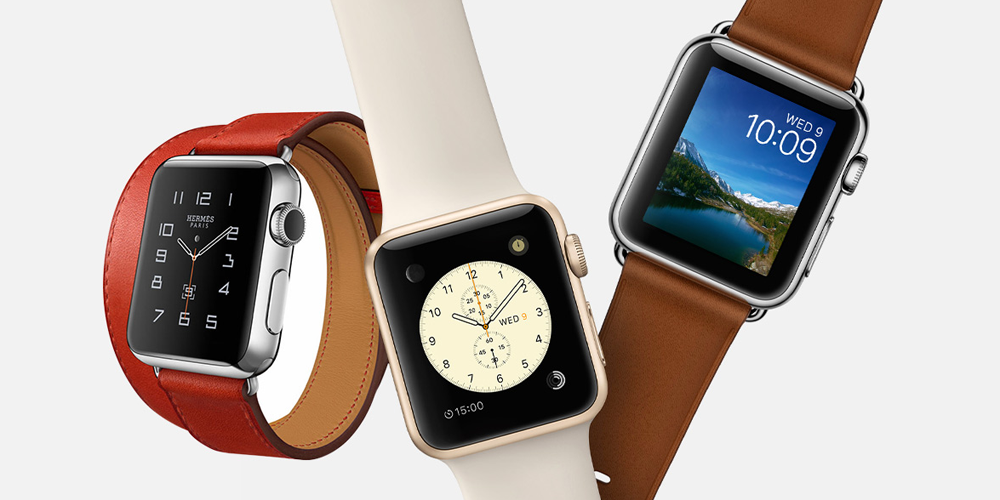 After a minor mid-year refresh with new bands and models earlier this year, a full-fledged Apple Watch 2 upgrade is expected to arrive in the coming months. Here’s what we know so far…

There has long been speculation about whether or not Apple Watch 2 would include cellular connectivity to allow for independence from the iPhone. New features reportedly planned for Apple Watch will allow you to do more with the device without being tethered to your iPhone, but it won’t become entirely independent.

The latest reports claimed Apple Watch 2 won’t be getting cellular functionality, meaning it will still rely on a connected iPhone in your pocket for phone calls and other features. But it will, according to the reports, include GPS for improved standalone fitness features alongside enhanced waterproofing and a step-up in performance.

We reported last year that Apple was considering a FaceTime camera, improved iPhone-free Wi-Fi functionality, and new $1000+ models, but noted it was unclear if those features would make it into the upcoming second-generation Apple Watch.

With all the features above and likely some new straps and model configurations, at least one report says the new device will otherwise maintain the design of the current Apple Watch. But even with the same overall physical design, Apple could and likely will offer some new models with a mix of new casing and band options or even new casing materials. A couple older reports from around the time the device launched in April of last year noted Apple was experimenting with titanium and other casing materials that could serve as new high-end options that are less expensive than its 18 karat gold models.

Apple Watch 2 is expected to arrive in late 2016 according to the latest reports with one claiming the device will launch alongside iPhone 7 in September. We noted earlier this month that Apple Watch availability continues to deplete ahead of the expected upcoming refresh, and supply chain sources indicated Apple was preparing ‘aggressive’ volumes for the device.

In addition to iPhone 7, Apple is also expected to launch its much-anticipated MacBook Pro with OLED touch panel in late 2016. It’s unclear, however, if either the Apple Watch 2 or new MacBook Pro will share stage time with iPhone 7 in early September, or if Apple will host a second this year before the holidays.

We’ve been discussing the latest Apple Watch 2 reports and sharing our own hopes along the way. Zac and Benjamin discussed the rumors on the latest Happy Hour Podcast, we noted the need for an Apple Watch 2 upgrade program in a recent Feature Request, and we offered up our wish lists for what we want to see in the next-generation Apple Watch.