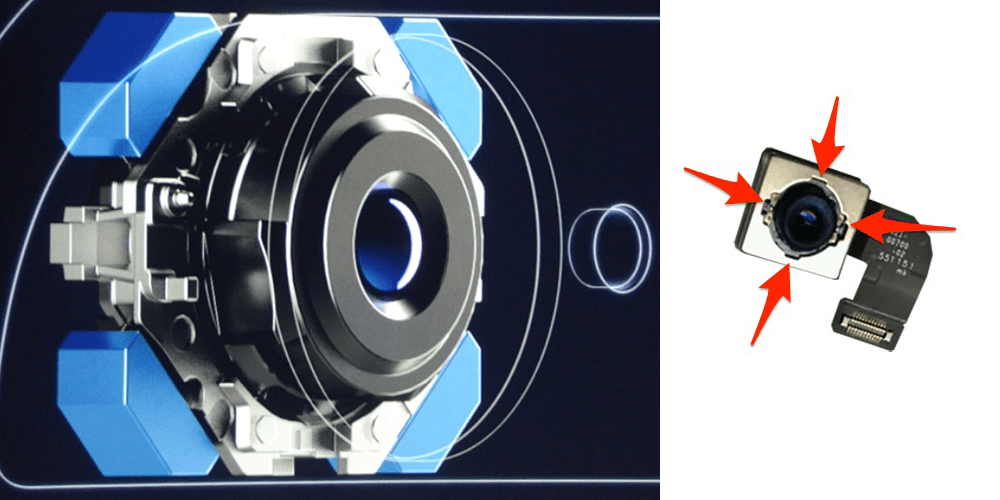 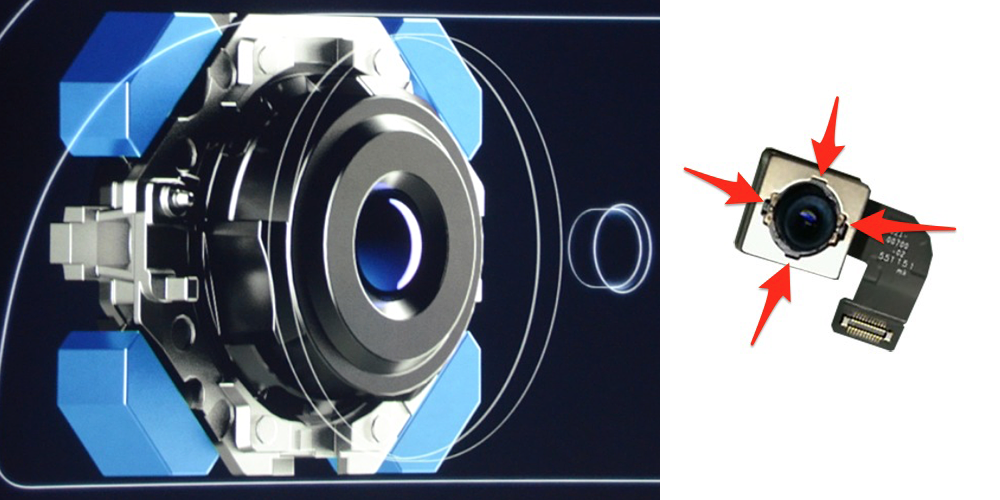 Zac made the point yesterday that just because the iPhone 7 is sounding like a second S-year model, that doesn’t mean that mass-market buyers – ‘normals’ – won’t be wowed by it. Apple has an enviable ability to take relatively mainstream features and make them sound magical, and a report by French site NWE seems to make one rumored feature sound more likely.

While the dual-camera system slated for the larger iPhone 7 Plus is an obvious talking point, it’s also been suggested that the smaller model may get the optical image stabilisation (OIS) currently limited to the iPhone 6/6s Plus.

A claimed photo of the camera module for the 4.7-inch iPhone has four slots around it, similar to those found in the 6/6s Plus, but not in the standard model. These would appear to be for the tiny motors needed to move the lens in an OIS system …

I outlined how this works in a previous opinion piece.

Image stabilization is designed for use when shooting in low-light. When there’s not much light available, the iPhone has to leave the sensor switched on for longer, meaning that tiny hand movements as you take the photo can result in motion-blur – which makes the photo appear out of focus. Image stabilization aims to detect this movement and compensate for it.

The result is that a far higher proportion of low-light shots will be sharp.

Apple didn’t make too big a deal of this during the iPhone 6 launch because the feature was restricted to the larger of the two models. It wouldn’t have made sense to draw too much attention to something that would have made 4.7-inch buyers feeling they were being treated as second-class citizens. But with the feature present in both iPhone 7 models, Apple can do more to highlight it.

And you don’t even have to be a ‘normal’ to be enticed by something as simple as a new Space Black color. We’ve run two polls on it at different points, the first asking whether the new color would encourage an upgrade, with half of you saying yes. The second asked intending buyers which color they expected to go for, and a massive 83% of you chose black.

I also don’t think we should underestimate the most likely upside of Apple dropping the 3.5mm headphone jack: the company is almost certain to include some Lightning EarPods in the package. If Apple did so quietly, the focus would be on the negative of losing an established port. So it pretty much has to make a big deal of the change, making a very strong pitch for the benefits of digital audio. So that too will be seen as a big deal by consumers.

So I agree with Zac. You or I might complain that Apple appears to be holding back more exciting tech for a 10th anniversary model, but for a typical consumer, the iPhone 7 package seems to be coming together nicely.