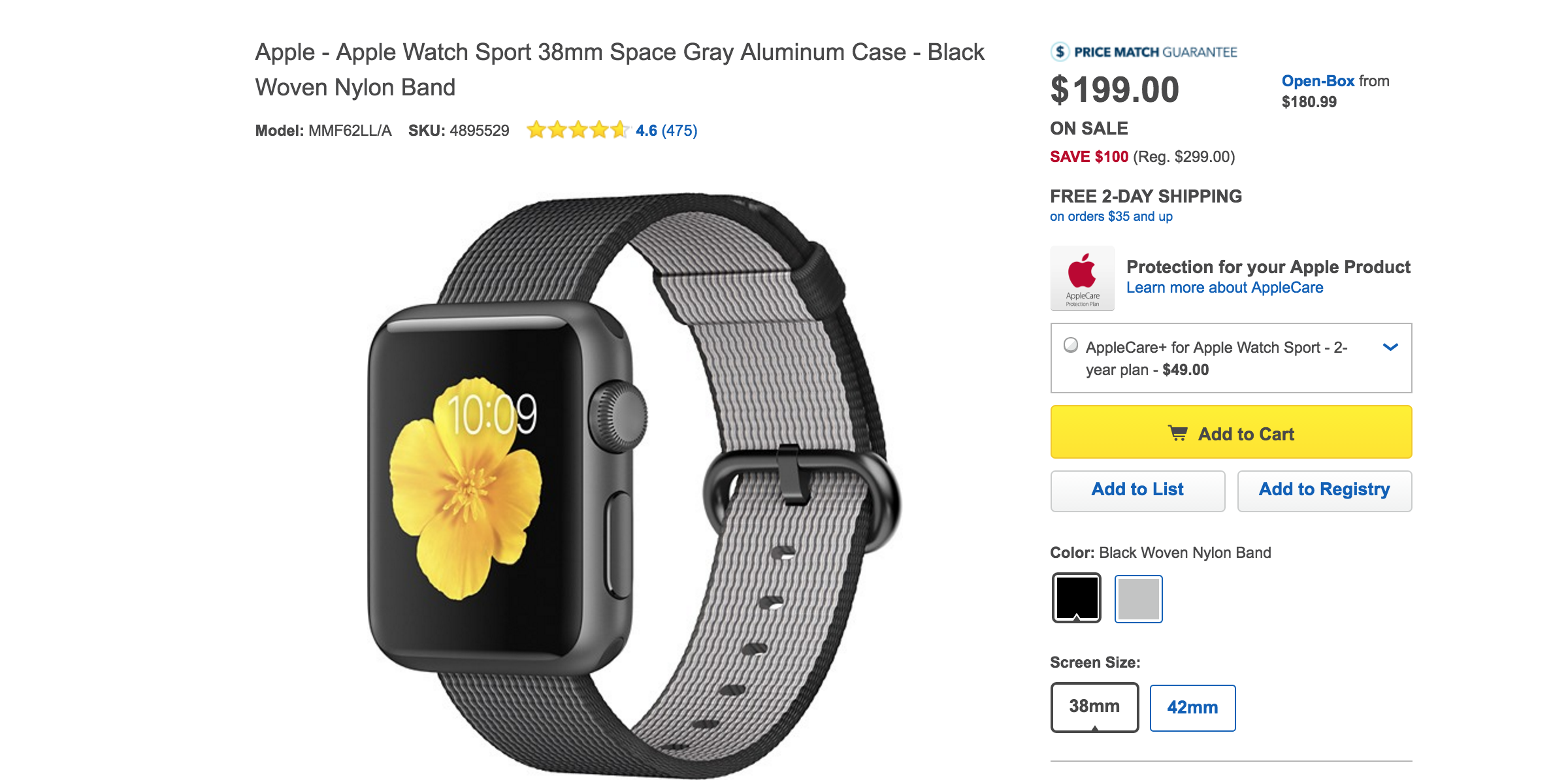 Update: Best Buy looks to be sold out in most areas.

Apple Watch prices have been in a relative freefall in recent months with the oft-rumored upgrade expected in the coming weeks. However, we aren’t expecting a sea change upgrade this time around. Three weeks ago, a KGI report noted that the new Apple Watch 2 upgrade would include GPS, better waterproofing and improved performance but retain the same design. Another report last week reaffirmed those claims.

A launch alongside the iPhone 7 next month seems obvious.  Apple, therefore, is likely in a hurry to clear current inventory (indeed shortages are already being seen) ahead of the launch and that takes the form of a $199 price tag on the base model Apple Watch Sport 38mm Space Gray Aluminum Case…

As 9to5Toys notes, a new Apple Watch hit the $199.oo price point last night at Best Buy, marking a new milestone in the pricing. Apple and other retailers almost always price match (but it is easiest to get at online at Best Buy’s ebay storefront) so effectively the price of the Apple Watch now starts at $199 at retail in the US.  Open Box models start at $180 and there are a wide variety of options including 42mm models.

The price is $100 off of Apple’s retail price which was reduced by $50 earlier this year from its original $349 base launch price.

I would guess that even after the update, the original Apple Watch will still sell for around $200 so if you have been waiting on a $200 Apple Watch, I think it is still a safe time to buy. At $200, Apple Watch competes well with other fitness bands and you get so much more, especially with watchOS 3 waiting in the wings.