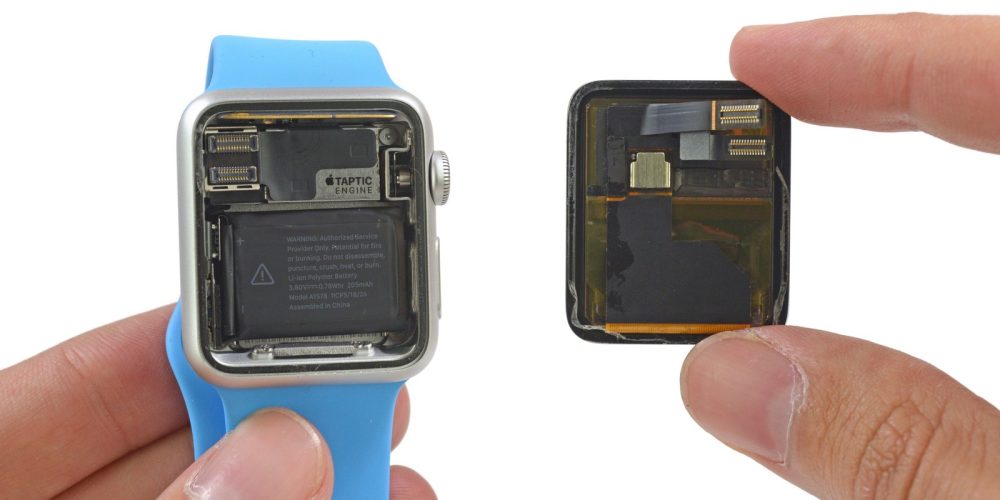 One concern many users have about Apple Watch 2 likely adding an embedded GPS is what impact precise location tracking could have on battery life. The GPS radio would likely only be tapped during outdoor workouts and when using Maps, but a purported parts leak also claims Apple Watch 2 will gain 35% more battery capacity which would help.

The latest Apple Watch 2 leak comes from a post on Chinese social media site Weibo, which claims to show a significantly higher capacity battery purportedly being used in the Apple Watch 2.

The claimed bump from 0.94 Wh-246 mAh to 1.28 Wh-334 mAh (42mm version presumably) represents more than a third more capacity, although it’s a curious leak as the new Apple Watch is expected to feature the same design as the current version. More efficient chips in the same casing often mean smaller batteries, not larger ones.

Packing in a bigger battery in the current casing would likely require changing other internal components and there’s no headphone jack to remove like with the iPhone 7. Given Apple Watch 2’s expected GPS gain, however, it wouldn’t be surprising for Apple to give the device more juice somehow and at least maintain current battery life.

Apple Watch is also a bit more battery intensive with watchOS 3, the upcoming software update that will likely run on the new Apple Watch at launch, thanks to new features that keep more apps in memory longer. The current Apple Watch already fairs well with battery life (about a day and a half in light use), but workouts are battery intensive as the active heart rate sensor can be a power drain.

At any rate, we will hopefully see what Apple has planned for the Apple Watch 2 as soon as next week, and the tear downs will follow. Apple is expected to hold a media event next Wednesday on September 7 (although we’re still awaiting an official announcement) where the iPhone 7 and other new products are expected possibly including the Apple Watch 2.