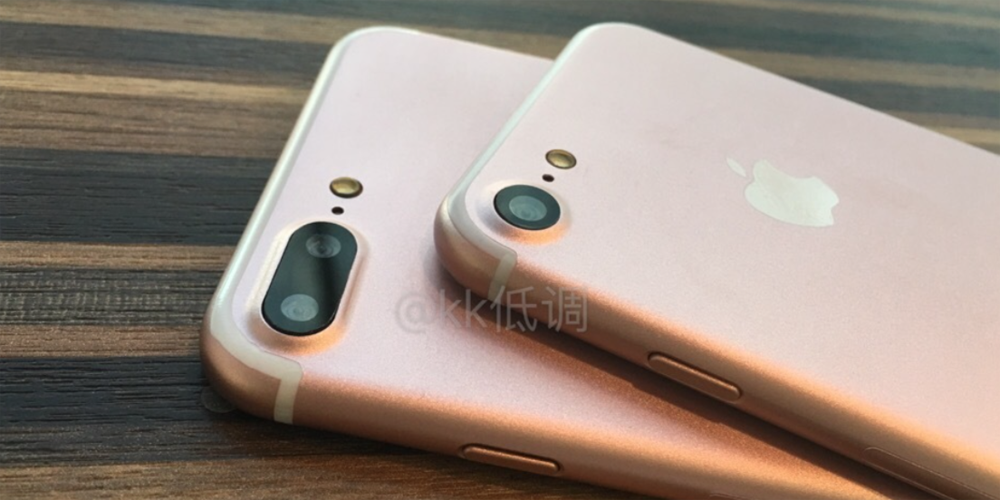 Apple’s September product unveiling event is now confirmed as being held on September 7 at a keynote in San Francisco. Rumors are expecting a new iPhone 7 to be launched, largely resembling an iPhone 6s with dual cameras as a new flagship feature. Russian trademark filings discovered by mobiltelefon.ru confirm that Apple is readying new iPhones with model numbers A1778 and A1784.

The filings also describe a series of new Apple wearable devices, which appear to be different versions of Apple Watch 2 and maybe tweaked Apple Watch 1 hardware too. Most interestingly, it also confirms the existence of ‘AirPods’ – official wireless headphones to be used in tandem with the iPhone 7 …

First reported by KGI, it seems Apple will also be debuting a new lineup of original Apple Watch hardware perhaps with faster processors and other internal upgrades. Alongside the flagship Apple Watch 2, expect a cheaper range of spec-bumped Apple Watch 1 devices to be announced.

Perhaps most interestingly of all, the filings refer directly to a trademark for ‘AirPods’. This has long been rumored as the brand name for Apple’s preferred wireless headphones for iPhone 7, as the new phone will lack a typical 3.5 mm analogue headphone jack. This means consumers will have to use the Lightning connector or Bluetooth wireless technology to connect audio devices. AirPod branding implies Apple will not be selling these headphones as Beats products but as truly-first party accessories.

It isn’t clear whether Apple will be bundling AirPods in the box with the iPhone 7 or if they will be an optional extra. Many reports have suggested Apple is engineering Lighting EarPods which would be just like the current bundled EarPods headphones but feature a Lightning connector for compatibility with the iPhone 7. 9to5Mac previously reported that Apple is developing truly wireless earbuds that have no wires at all and would use a special carrying case to charge: these are perhaps what will be unveiled next week as ‘AirPods’.