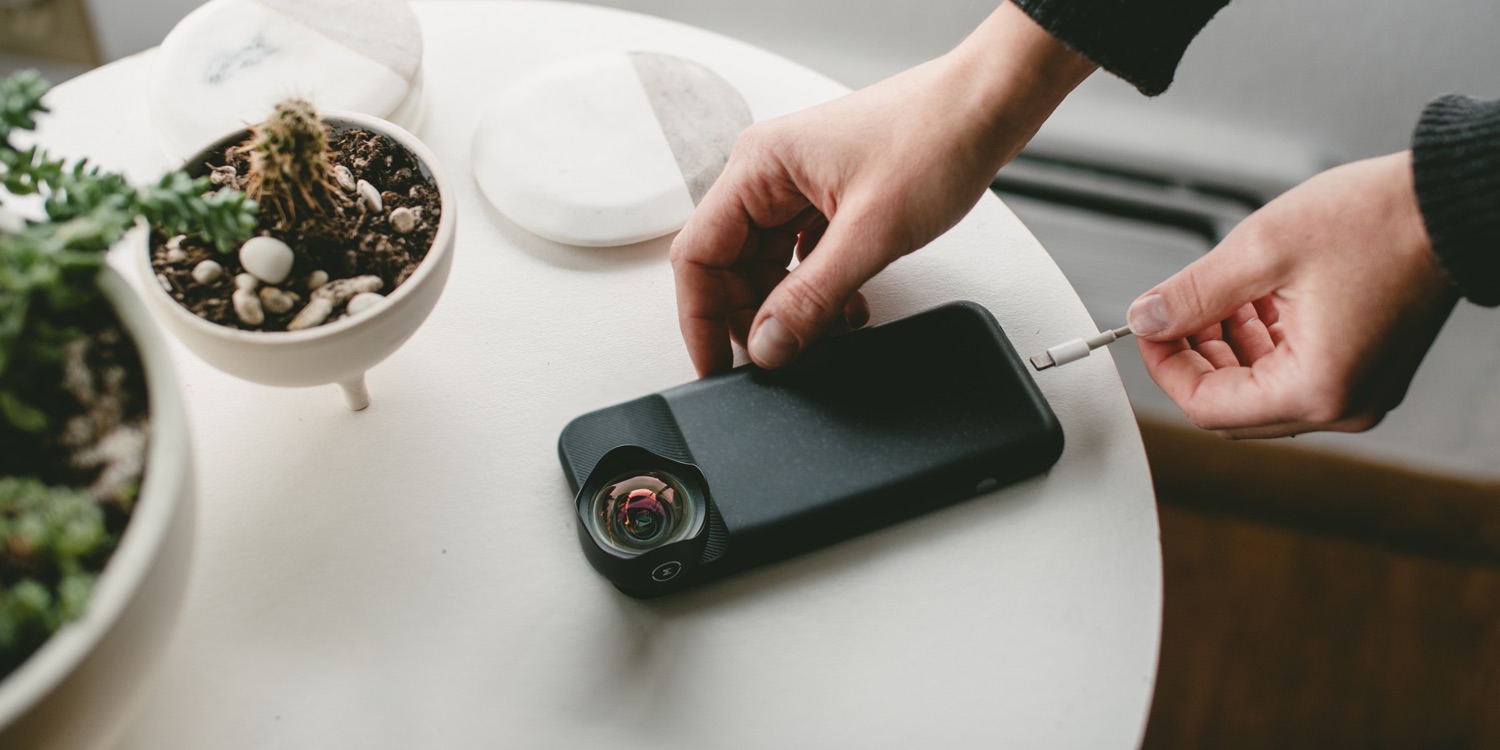 The team behind Moment has announced a new Kickstarter campaign today to help launch three new products. Moment has a long history of using Kickstarter to fund their projects going back to 2014 when they launched their original lenses, and then eventually their Moment Case in 2015. Today’s new campaign includes an update to their now classic lens alongside two new cases for iPhone users.

The iPhone has showcased just how much its users care about mobile photography. Every year Apple introduces incremental updates to the camera system, and every year more and more users share their best work online. Chase Jarvis summed this up well, “The best camera is the one that’s with you.”

The team behind Moment strives to build accessories that push the limits of how good a camera the iPhone can be. Today’s announcement of three new products, the Battery Photo Case, the Photo Case, and a new Wide Lens do just that.

The Battery Photo Case is Moment’s take on bringing their original Moment Case’s DSLR-style shutter button into a case that also includes an extra battery for your phone. No more pulling off your battery case, or pulling out an external charger. The case implements the best of both worlds in a neat package.

The Photo Case is a minimal case designed to allow use of the Moment lens while providing a sleek overall protective case. The case allows users to mount the Moment lenses without having to install the mounting plate on their devices.

With the new cases, Moment has also announced a new, updated Wide Lens. The team introduced this redesigned lens after experiencing the wide variability that the new iPhone 7 and 7 Plus brought to their previous system. The updated lens in the iPhone 7 devices introduced a wider aperture, causing the previous Wide Lens to experience some vignetting. The updated Wide Lens solves that issue, brings in a new mounting interface, all while keeping the price at half of it’s closest competitor.

Having had a hands on with all three of the new accessories Moment is launching, I can say I’m personally excited about all of them. The Battery Photo Case and new Wide Lens will be an excellent addition for travel adventures.

Moment’s Kickstarter is live now. The Battery Photo Case and Photo Cases are priced at $99.99 and $29.99 respectively, and are available for the iPhone 7 and 7 Plus. The new Wide Lens is priced the same as the previous generation at $99.99. Jump over to Kickstarter to get all the product details and early pledge options.

Update 02/15/17 9:43 AM: Moment has officially announced that the cases will also be supported on the iPhone 6/6s and Plus models.

Disclaimer: As with all crowdfunding sites, we cannot provide any guarantees with respect to the products or companies involved.