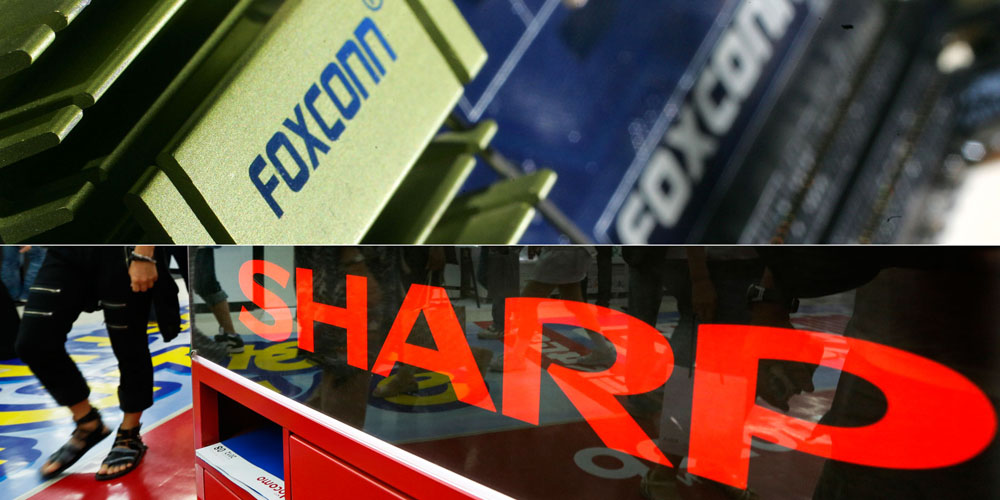 Via Reuters, Sharp may begin a $7 billion project to build a factory in the United States before June of this year. Apple supplier Foxconn announced plans to explore manufacturing components in the US earlier this year, and this latest report largely reaffirms those rumors with a more concrete time frame. A spring/summer start for the US plant would be sooner than many predicted.

Sharp has supplied display components for Apple in the past and may be one of the OLED display suppliers for the iPhone 8. If the project does go through, it is unlikely that the factory will be a contributor to the iPhone 8 supply chain however. Even if work begins in May or June, it will take many months (potentially years) for the factory to be operational — whereas Apple starts ramping production for the next-generation iPhone as soon as June.

The news comes as the Japanese Prime Minister will meet US President Donald Trump, who has championed the benefits of domestic production and has been outspoken in his demands to get Apple to make iPhones in the US, rather than China. Japan is attempting to gain favor with the US by announcing an investment plan that will create hundreds of thousands of US jobs; the Sharp factory could play a big role in the proposition.

In a statement to Reuters, Sharp said that a decision about the US plant had not been finalized. Given that it’s already February, a mid-year timeline would be aggressive.

A spokesman for Sharp said no decision on building a plant had been made. Foxconn, formally Hon Hai Precision Industry Co Ltd, did not immediately respond to a request for comment.

Terry Gou, the chief executive of Foxconn, the world’s largest contract electronics maker, last month said he was considering investing around $7 billion to build a display-making plant in the United States, but did not elaborate on any time frame.

Foxconn assembles most of the iPhones Apple makes and it purchased Sharp’s LCD business last year in a reported attempt to move up the supply chain. If the project goes ahead, it’s one step closer to actually making iPhones in the US … but obviously there is a long way to go until that is a reality.