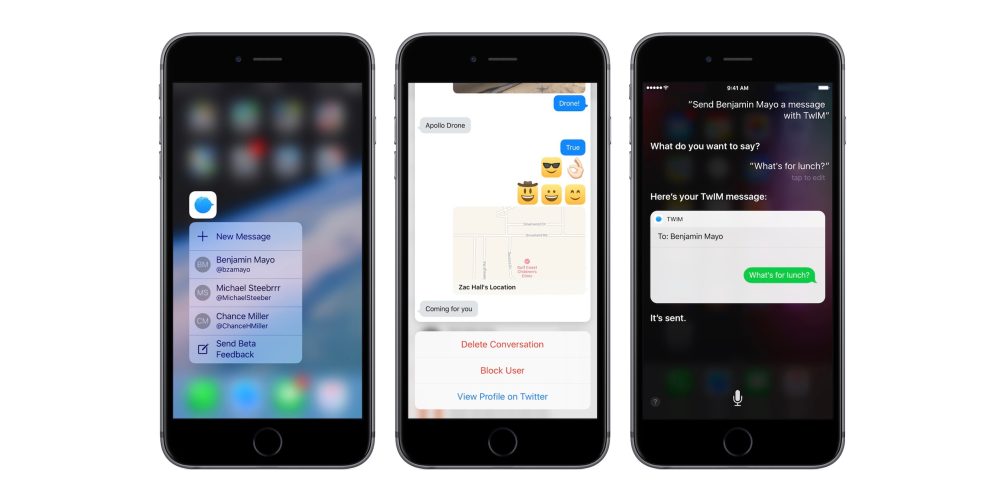 TwIM is a new Twitter app for iPhone focused entirely on chatting over Direct Messages. TwIM supports the latest iOS features like SiriKit, 3D Touch, and rich notifications plus other features not supported by Twitter’s official app.

Getting started with TwIM is super easy if you’re already a Twitter user. You just log in with your Twitter credentials and give the app permission to work with your account, then TwIM pulls in your existing Twitter DM history and starts working immediately.

TwIM is basically the standalone DM app Twitter has been rumored to make but has never shipped, similar to how Facebook has a standalone Messenger app for its chat feature. 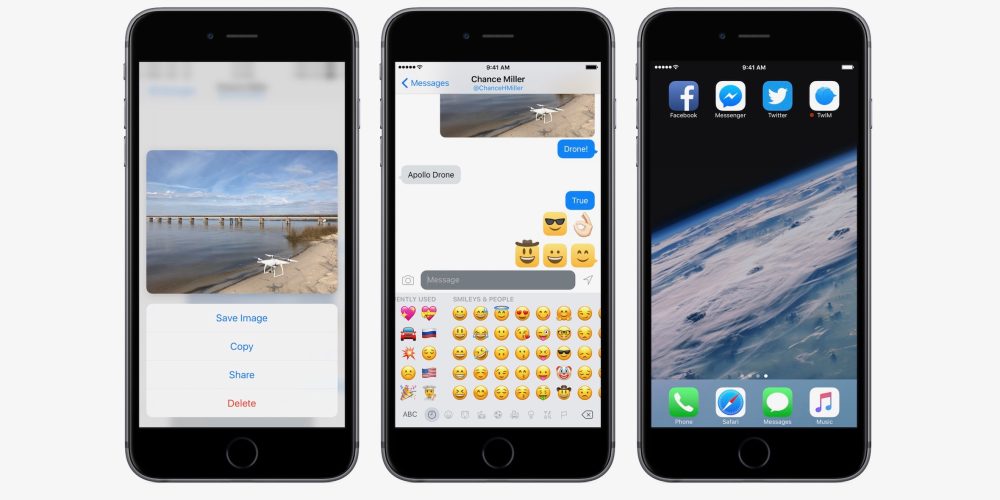 SiriKit lets you send DMs to other Twitter users over Siri which works really well when enabled, and 3D Touch on iPhone 6s and later is well supported throughout the app. TwIM alerts support rich notifications too so you can 3D Touch or swipe an alert and reply directly from the banner.

TwIM lets you chat over DM and share photos just like Twitter’s app, but being a streamlined app makes the feature more accessible.

You can also do things not possible in Twitter’s app like send your location to Twitter users directly from TwIM. Even if your friends aren’t using TwIM yet, they can open your location on Google Maps or Apple Maps right from the shared link. 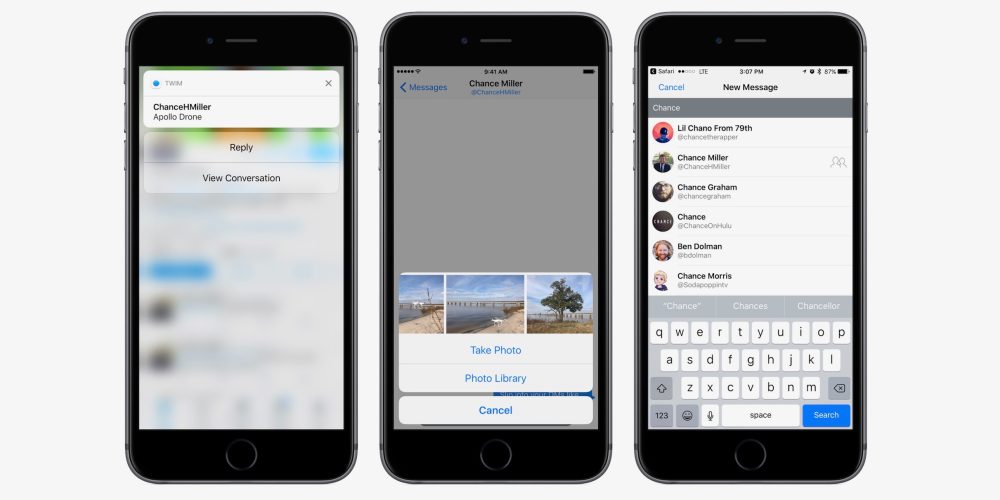 TwIM also features its own take on emoji called TwIMoji. They mostly look like the existing emoji but with a boxier design. They’re cute and make TwIM feel more unique, and emoji still appear standard on other Twitter clients.

TwIM is available for the iPhone on the App Store for free starting today.