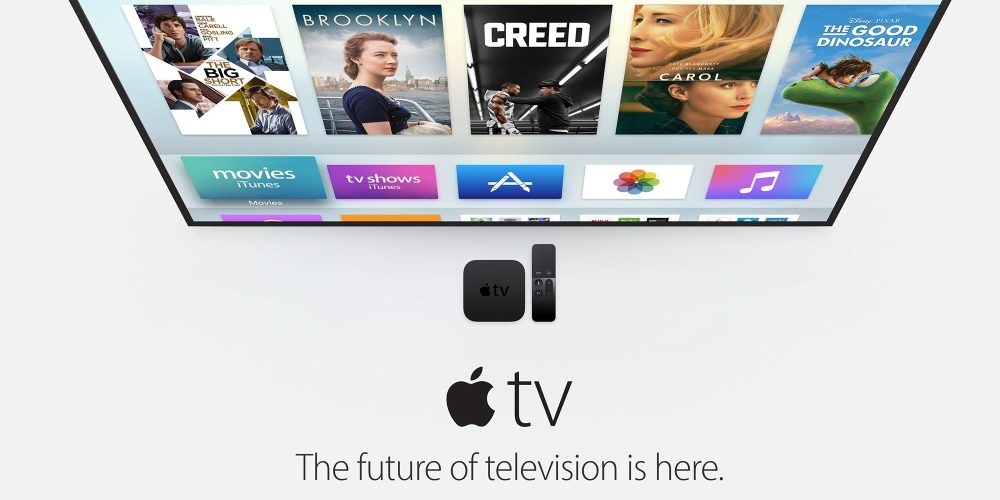 Apple is testing a new version of the Apple TV set-top box for release ‘as soon as this year’, according to Bloomberg. The box is apparently codenamed ‘J105’ and would be an incremental upgrade over the current fourth-generation box with new internals to support output at ultra-high definition 4K resolution.

The report also details many of Apple’s internal attempts to revolutionize the living room, which are yet to see the light of day. Bloomberg says Apple considered building an MFi game controller with the Apple TV, for example …

The report repeats much of what we have heard before regarding Apple’s failed attempts to strike deals with cable companies and make the Apple TV a central part of the TV experience. At one point in product development, the Apple TV prototypes included a coaxial port — meaning it could supplant the cable box.

It also suggests that the Apple TV microphone was originally housed in the box itself, rather than the remote. This would mean users would shout commands at the television screen instead of speaking into the Siri Remote.

The report also notes that the TV app, revealed late last year, leaves much to be desired. It was apparently originally designed to be the portal for accessing live shows and sports, which never came to be once Apple’s content deals broke down. Bloomberg also notes that the iPhone-like Home Screen of the tvOS interface is ‘less ambitious’ than other designs.

The Apple TV’s software is also less ambitious than originally envisioned. The current model features an iPhone-like app grid, but designers had prototyped more novel interfaces. One idea, dubbed “Intentions” internally, put the four tabs in the center of the screen: three for the Apple TV’s main content types (video, music, and gaming) and one for everything else. Another idea: letting viewers pull up previews of content by hovering on each icon (a feature currently reserved for only a few of Apple’s bundled apps).

There is also talk of the ‘skinny bundle’ idea which swirled in the rumor mill for some time. Bloomberg says Apple wanted to sell a bundle of the four main broadcast networks, several cable channels and on-demand TV shows and movies for a $30-$40 monthly subscription. The negotiations from both sides were not resolved and the plan was scrapped.

Apple recently hired the lead manager of the Amazon Fire TV product, Timothy D. Twerdahl, to manage the Apple TV business. It is expected that the previous head of Apple TV,  Pete Distad, will now focus on forging content deals in collaboration with Apple SVP Eddy Cue. So far those negotiations have not gone well.

While this may lead to a larger revolution in television eventually, in the short-term it seems the company will support the Apple TV ecosystem with a straightforward 4K update.