D-Link Omna 180 Cam HD is the first home security camera with HomeKit support to hit the market since Apple added video support with iOS 10. Read on for our quick hands-on to see how Omna 180 HD works with HomeKit and Apple’s Home app for iPhone and iPad.

Omna 180 HD is smaller in person than you might imagine, and the compact design has a sturdy feel with a solid base. Omna’s camera gives you a 180º field-of-view in full 1080p HD, and IR LEDs automatically enable night vision in low light conditions for up to 16 feet of distance.

Omna 180 HD also features a built-in motion sensor for detecting presence as well as both a mic and speaker. Other home security cameras have a narrower field-of-view and only offer one-way audio without a built-in speaker for two-way communication.

We’ll have to spend more time with Omna 180 HD to judge overall quality, but first impressions are positive from a hardware standpoint. The metallic cylinder has a Mac-like finish with black plastic accents and is shorter than an iPhone 7 Plus. Apple’s design influence seems present here as Omna 180 HD doesn’t look like D-Link’s other home security cameras. 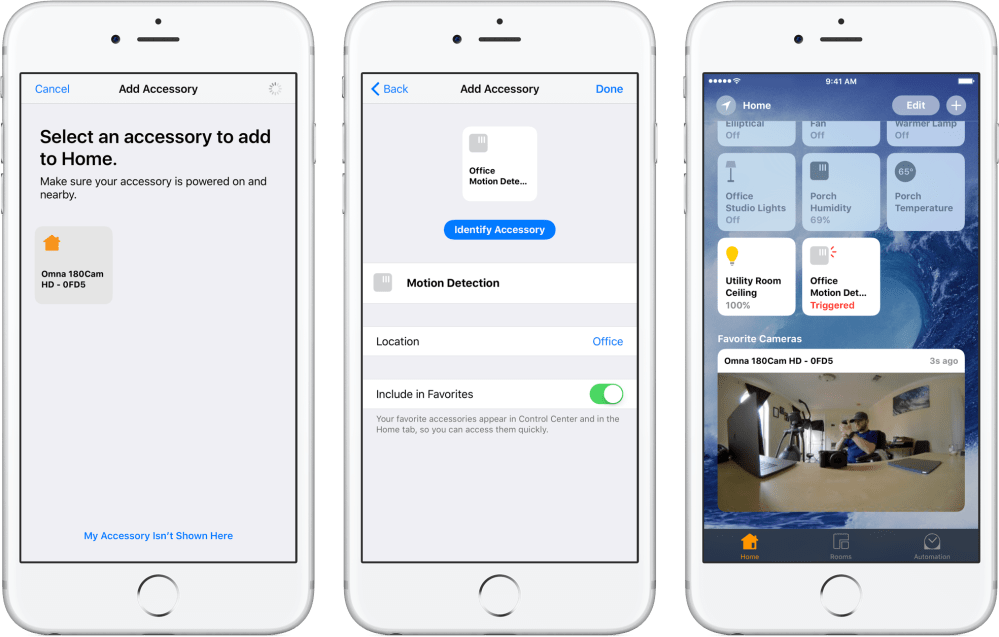 The setup process is very simple. Download D-Link’s companion app OMNA from the App Store after you’ve powered Omna 180 HD, then follow the prompts to share HomeKit access and add the video camera. Omna 180 HD appears in Apple’s Home app as two accessories: a video camera and a motion sensor. 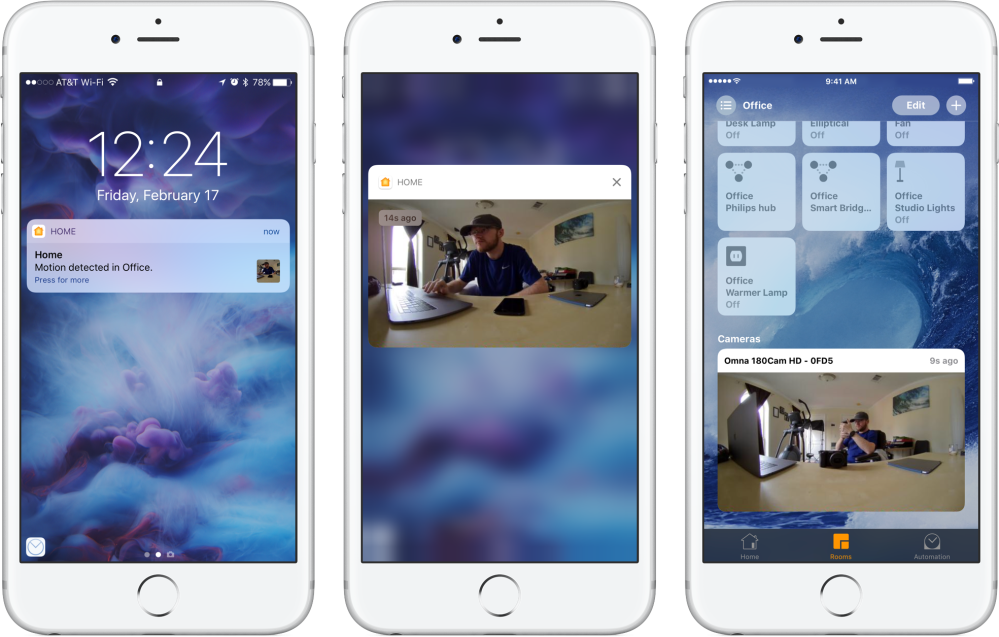 Alerts for motion detection are turned off by default, but you can enable them in the Home app from the sensor’s settings screen. D-Link seems to focus on fully supporting HomeKit and relying mostly on the Home app for interaction, but this is one case where the Home app could be more mature and offer granular settings for receiving alerts. Motion alerts seem to be all or nothing for now with no options for smarter settings based on time or location. D-Link does put a few advanced options in its OMNA companion app that aren’t available from Apple’s Home app. For example, you can tell Omna 180 HD where to detect motion and which areas to ignore. You can also adjust motion sensitivity and retrigger delay here. Most users will probably rely on Apple’s Home app, however, as even the OMNA app presents settings for Apple’s Home app throughout.

When viewing a video stream from the Home app, you see a volume slider for audio from Omna 180 HD and a mic toggle for sending audio over your iPhone mic to the Omna 180 HD speaker. You also see a LIVE indicator and a Details button where you can rename your camera or remove it from HomeKit.

Here’s how it looks on the iPad: And here’s how motion alerts from Omna 180 HD appear on Apple Watch: 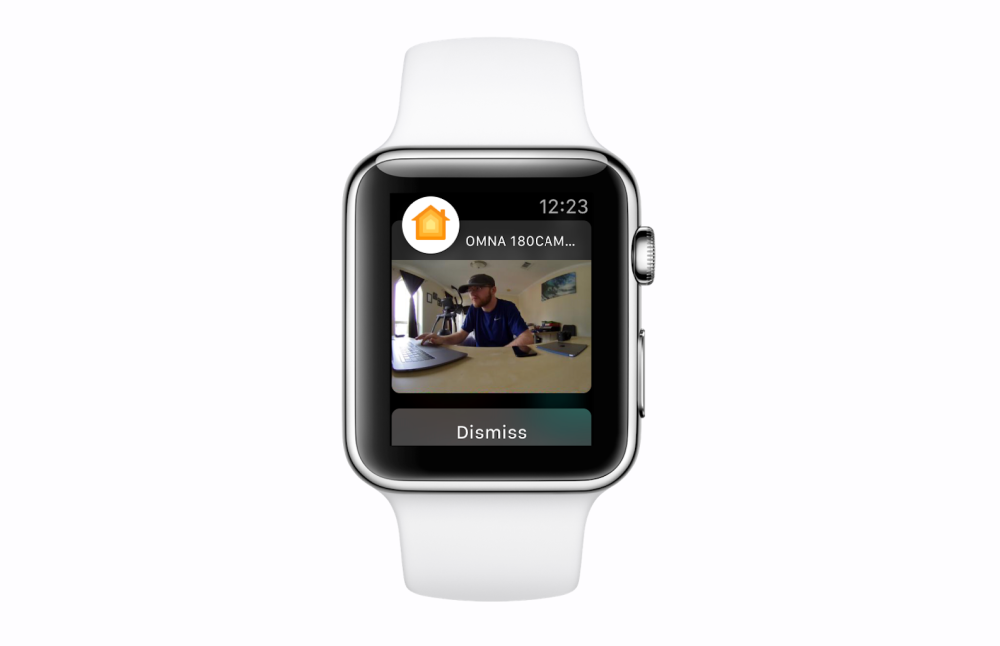 Having used non-HomeKit security cameras before, the real benefit seems to be accessing the video stream from the same app that you control other HomeKit accessories. You can also automate actions like turning on lights when motion is detected, but for me sensor automations will need to be more granular before those automations are practical. 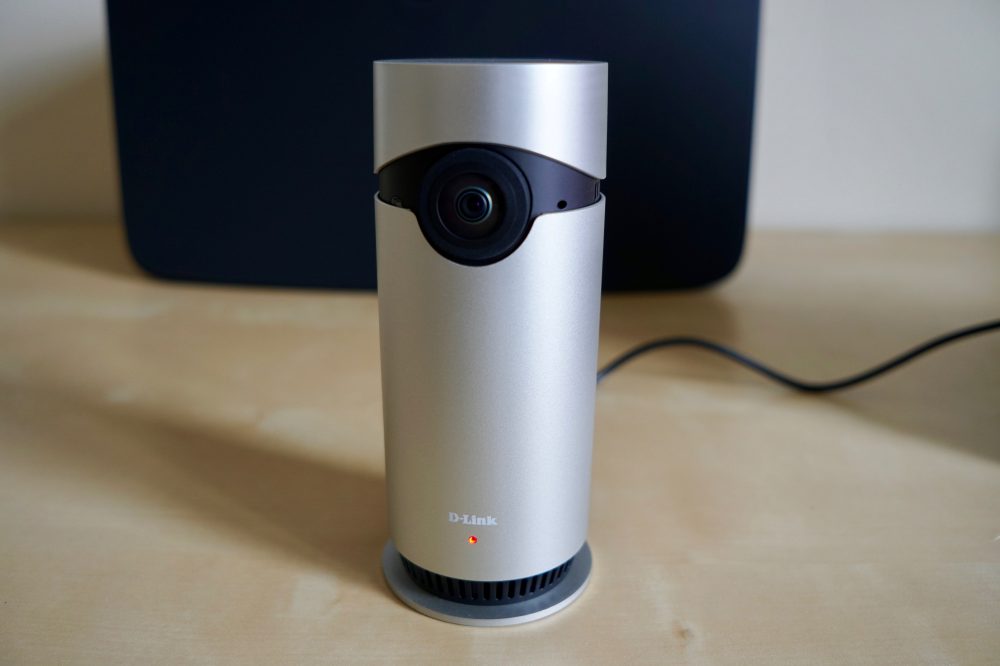 D-Link Omna 180 Cam HD Camera is available from the Apple Store for $199.95. Stay tuned for our full review on 9to5Mac for more details and impressions.