Opinion: Apple might introduce facial-recognition in future iPhones but fingerprints will remain 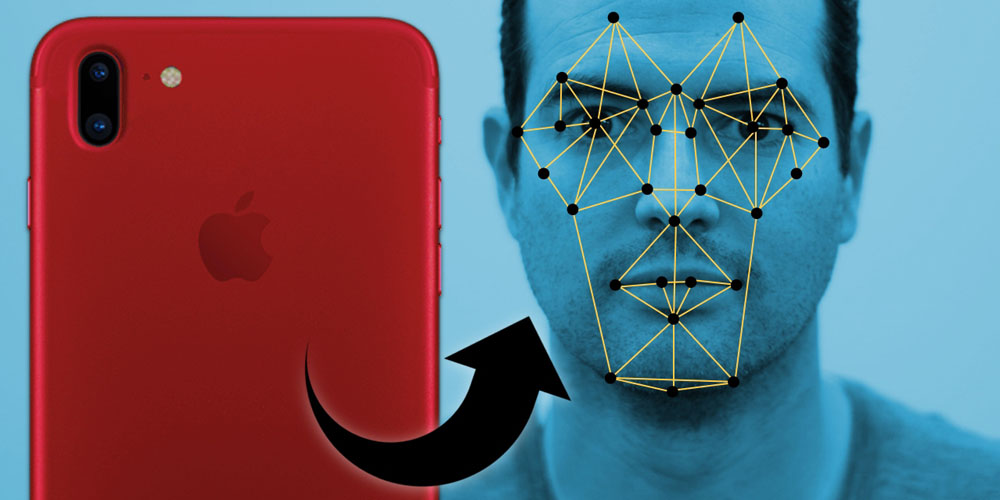 It seems pretty clear by this stage that Apple is working on a near-bezel-free design for the iPhone 8. Not only have we heard consistent reports supporting this idea – and Jony Ive’s ambitions of a ‘single slab of glass’ design – but it’s also a pretty obvious next step in the evolution of smartphones.

Apple has been headed in this direction since day one. One of the major points of differentiation of the very first iPhone over existing smartphones of the time was that it dispensed with a physical keyboard in order to maximize the screen space. In the latest iPhones, Apple has ditched a mechanical Home button in favor of a touch-sensitive one, and it holds patents for multiple approaches to embedding a fingerprint reader into a screen.

Some have taken this to mean that Apple may be replacing fingerprint recognition with something else, but I think this isn’t the case.

Technically, Touch ID refers to the capacitive touch sensor Apple uses for fingerprint-recognition in its current devices, so a different type of fingerprint sensor embedded into the screen could easily count as ‘new biometric technologies.’

In other words, it would be business as usual: we continue to use fingerprints to unlock our iPhones, it’s just that Apple switches to a different method of reading them.

But there have also been multiple rumors of some kind of facial recognition system. Some of these reports suggest that we might see it used alongside fingerprint recognition as an alternative, which would be absolutely fine. If the phone recognizes our face, it unlocks immediately, if it doesn’t it asks for a fingerprint or passcode. Others are suggesting Apple will drop fingerprint recognition altogether, and it’s this I consider highly unlikely.

In principle, facial recognition is the most Apple-like of security systems. In the best of worlds, you simply pick up your phone and, by the time you’re holding it in front of you, it’s unlocked.

But that wouldn’t be the reality. In our poll, the majority of you disliked the idea unless it was backed by fingerprint recognition, and I think you’re absolutely right.

I don’t have security concerns about it. Sure, there were all those reports of Android phones being fooled first by photos and then, when they asked you to blink, videos. But those used an extremely crude form of facial recognition.

If Apple does it at all, we can be confident that it will use a secure approach such as 3D multi-point facial features or iris recognition. The latter uses 240 unique points of reference – about 100 more than used for fingerprints. It’s sufficiently reliable that it’s used by many countries to confirm identities at Immigration. In the UK, for example, if you have a British or EC passport with a biometric chip, you simply walk into a booth, place your passport into a reader and then look into a camera.

Indeed, for frequent travelers Britain even trialled a standalone iris-reading system where you didn’t even need to present your passport. You just walked into a booth and stared into a camera, which recognized your iris and let you in immediately. That scheme was abandoned (much to my dismay) not because it was insecure, but because it was likely to cause confusion when the booths that required passport as well were introduced.

No, the problem with iris recognition is not that it’s insecure, but that there are too many reliability issues, and here are just four of them …

First, speed. Commercial systems typically take two seconds or more to recognize you – and that’s with you holding still in a very specific position. Now, the iPhone is only looking for one or two patterns, so could probably be a lot faster, but I wouldn’t count on it reliably unlocking with the speed we’re used to.

Second, iris recognition can have trouble coping when people are wearing glasses. Again, passport systems warn you that you might need to remove glasses for the system to work. But with an iPhone, it would be even worse, as your eyes may be completely obscured by sunglasses when outside. Having to remove your sunglasses and then avoid squinting would be a horrible user experience.

Fourth, there are many times when you will be unlocking your phone while it is on a desk or table, or in a docking station to the side of you. In my living-room, for example, my iPhone dock is to my left. There are countless times when I’ll unlock it to give a Siri command (especially since I started using HomeKit) without removing it from the dock. The angles here will be way beyond the straight-on view needed for iris recognition to work.

Another biometric security system that’s been mooted is voice recognition. Again, this is a highly secure form of biometric identification. One of the world’s largest banks – HSBC – uses this for telephone banking. No password needed, just your voice and a single security question.

I can’t see Apple adopting this, however. Already many people feel too embarrassed to use Siri in public, so there’s no way they’d be happy having to speak to their phone every time they want to use it.

So, it’s entirely possible that Apple will adopt facial recognition as a first-attempt to unlock, with fingerprint as a fallback. What’s not remotely credible, in my view, is Apple abandoning fingerprints altogether. And while the technology to read them may be different, my money is on Apple continuing to use its existing name for fingerprint reading, simply branding it as ‘next-generation Touch ID.’