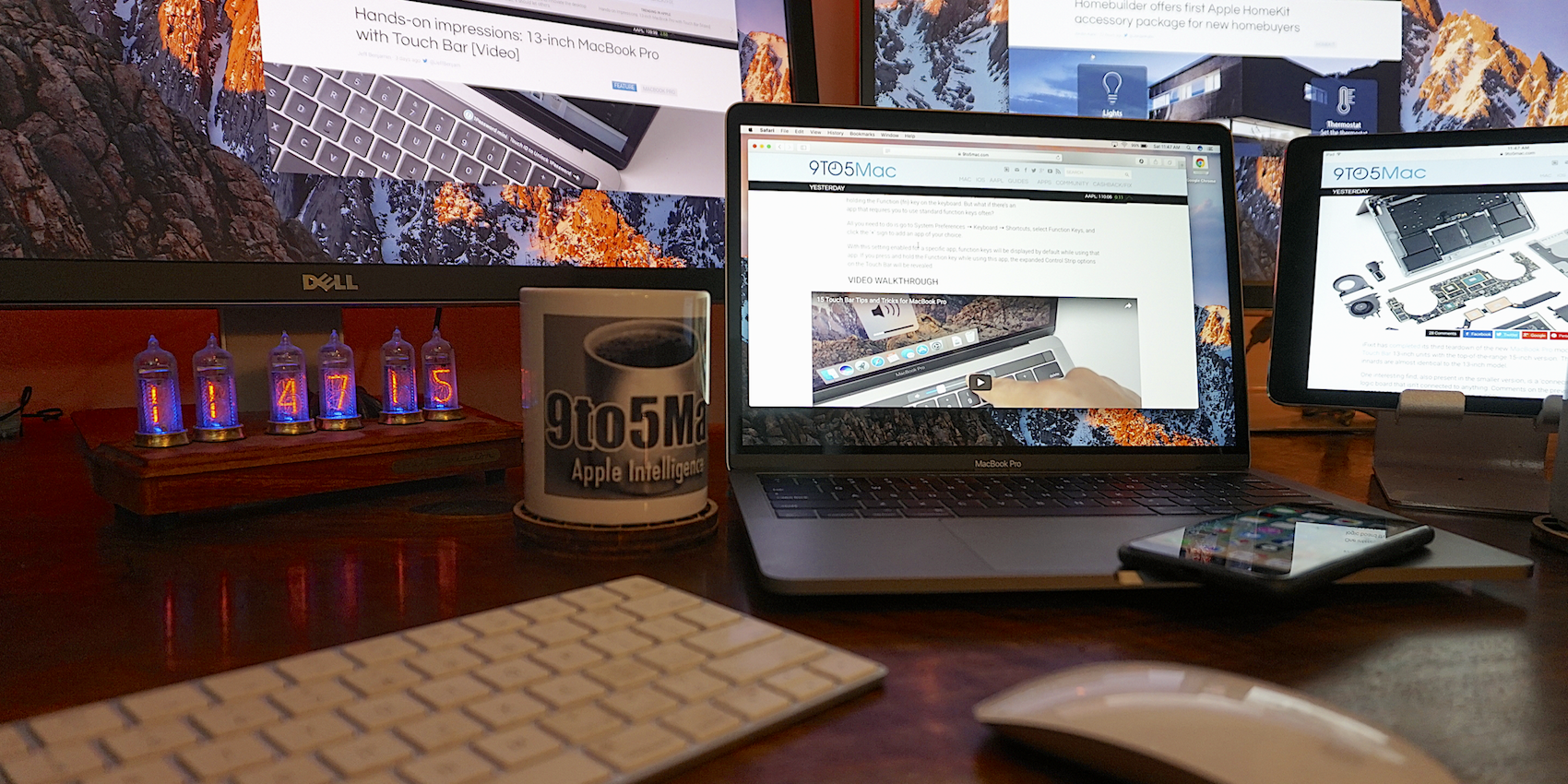 We kick things off this week with the latest iPhone 8 reports, including more details on the device’s display size, battery, and possible new ‘function area’ and biometrics that could replace or enhance Touch ID. Apple joins the Wireless Power Consortium, the organization behind the Qi wireless charging standard. And following Sprint last week, the rest of the carriers– Verizon, T-Mobile, and AT&T– battle it out with new unlimited plan offerings.

Clock pictured in top image from 9to5Toys: This gorgeous desk clock is made with vintage Soviet Union Nixie tubes

Get this week's top AAPL stories. …