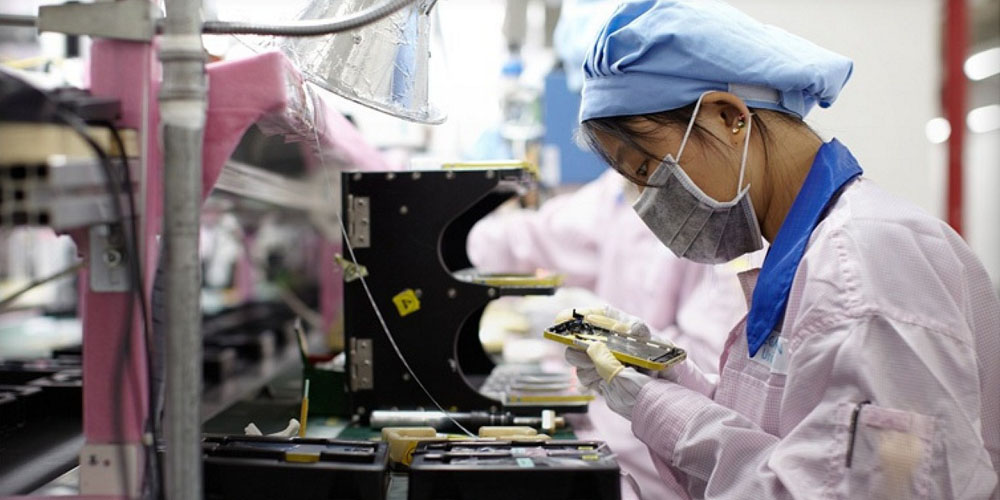 It’s been proven several times that Apple’s success affects a multitude of different companies and here is the latest example. As detailed in a new report from Bloomberg, Hon Hai Precision, better known as Foxconn, is seeing record share prices thanks to high expectations for the iPhone 8…

Foxconn is, of course, Apple’s main assembler of the iPhone and relies heavily on the company’s devices to meet its own goals. Foxconn has gained 29 percent in the past year, with shares reaching a decade-high number thanks in large part to the exceptions for the iPhone 8 release later this.

Apple, which accounts for half the company’s revenue, played a pivotal role in the stock’s recent buoyancy. The U.S. company this month reported stronger-than-expected iPhone sales during the key holiday quarter.

While the iPhone 7, introduced in September, failed to convince as many existing customers to upgrade as its predecessor, it did attract new smartphone buyers. That bodes well for the iPhone slated for later this year.

Foxconn, however, has faced the same struggles as Apple has with the slowing smartphone industry. Analysts believe, though, that the iPhone 8 will push Foxconn back on the right track. Apple is expected to introduce changes such as a new design, new display technology, and perhaps biometric technology features such as facial recognition, all of which Foxconn will play a part in.

In the short run, Hon Hai’s still grappling with the slowdown in its key markets: mobile and PC. Revenue is projected to slip about 3 percent in 2016, and net income 13 percent. But earnings growth could rebound to 12.2 percent this year, the average of analysts’ estimates compiled by Bloomberg.

The report also notes of Foxconn’s potential expansion to the United States in partnership with Apple, though specifics of this are still unclear.

Apple will likely introduce the iPhone 8 later this fall, though some reports have claimed an earlier launch is likely. Either way, companies like Foxconn are banking on the device. The full report can be read at Bloomberg. 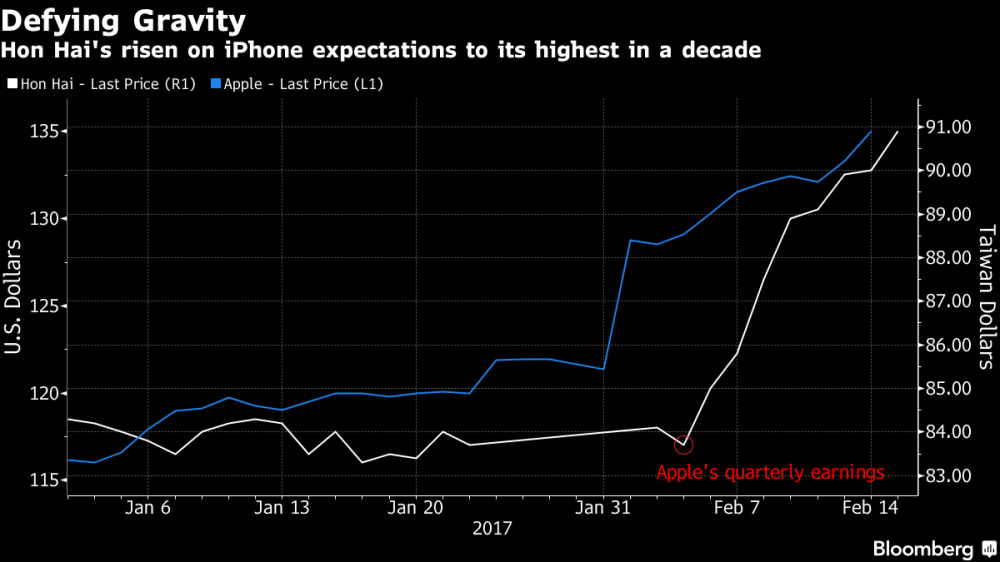