Hands-on with the Dart-C: a compact 65W charger that works with the 2016 MacBook Pro [Video] 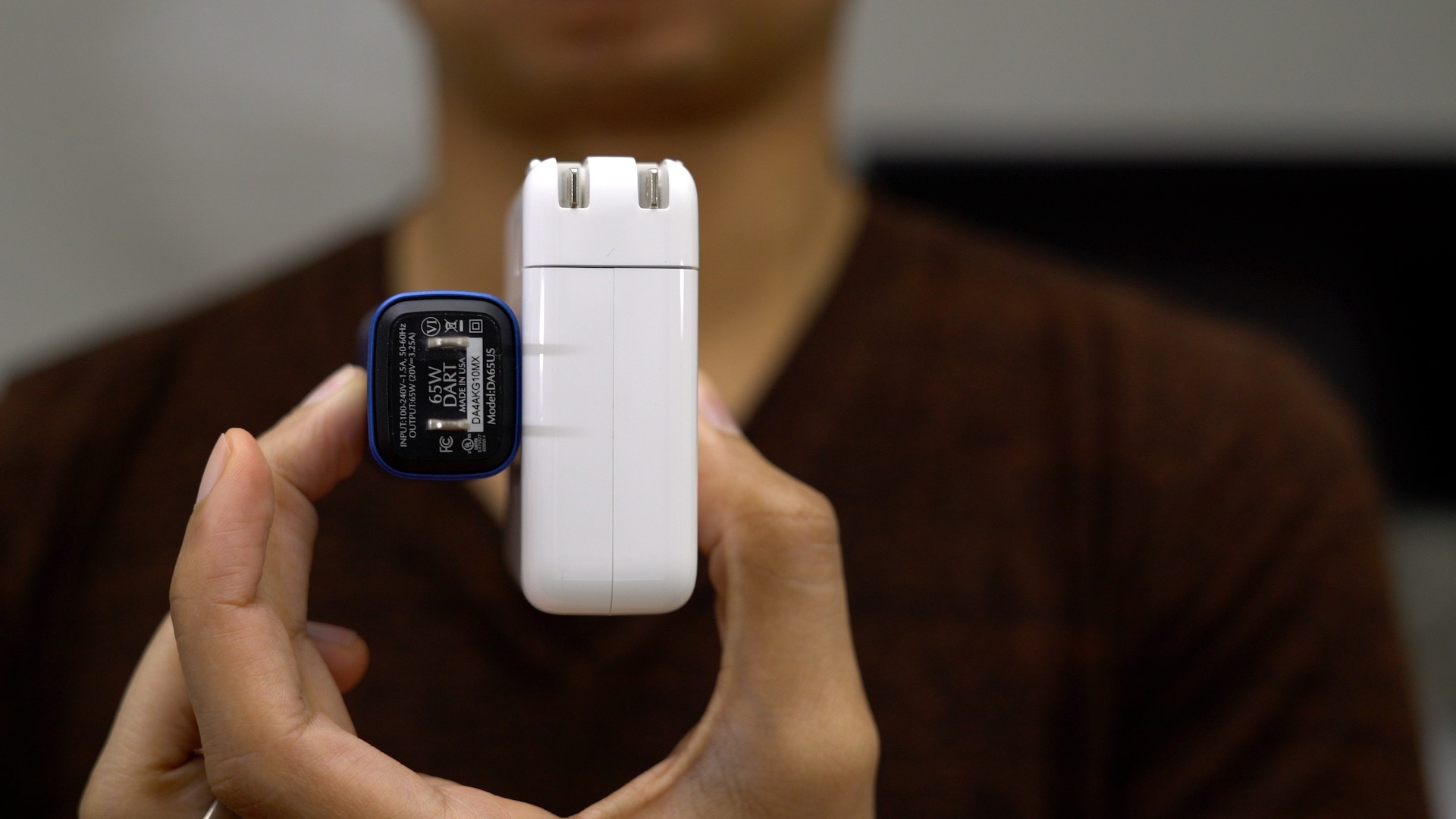 Finsix, the company behind the Dart-C charger, claims that it’s got the world’s smallest laptop charger and after going hands-on with one of the units, it’s hard to argue against that claim.

The Dart-C is indeed one of the more petite laptops chargers that I’ve ever seen. The 13-inch MacBook Pro charger is already relatively diminutive, but the Dart-C is considerably more compact than the stock MacBook charger. Have a look at our brief hands-on video walkthrough as we take the Dart-C for a test drive.

The Dart-C is an update to the already existing Dart laptop charger that can be found on Amazon and other retailers. The difference between the Dart-C and the regular Dart is the inclusion of a USB-C cable. Because the Dart-C uses a proprietary USB-C cable, regular Dart users will need to purchase the USB-C cable in order to use their chargers with the latest laptops, such as Apple’s MacBook Pro, Yoga 900, Chromebooks, etc.

Included in the box is the Dart 65W charger, the USB-C power cable, and a Dart-branded travel pouch.

The most notable thing about the Dart-C is its ultra compact size. The charger itself is only 2.75-inches long by 1.1-inches wide. The unit features a total volume of only 3 cubic inches, while being able to provide up to 65W of power to compatible devices. 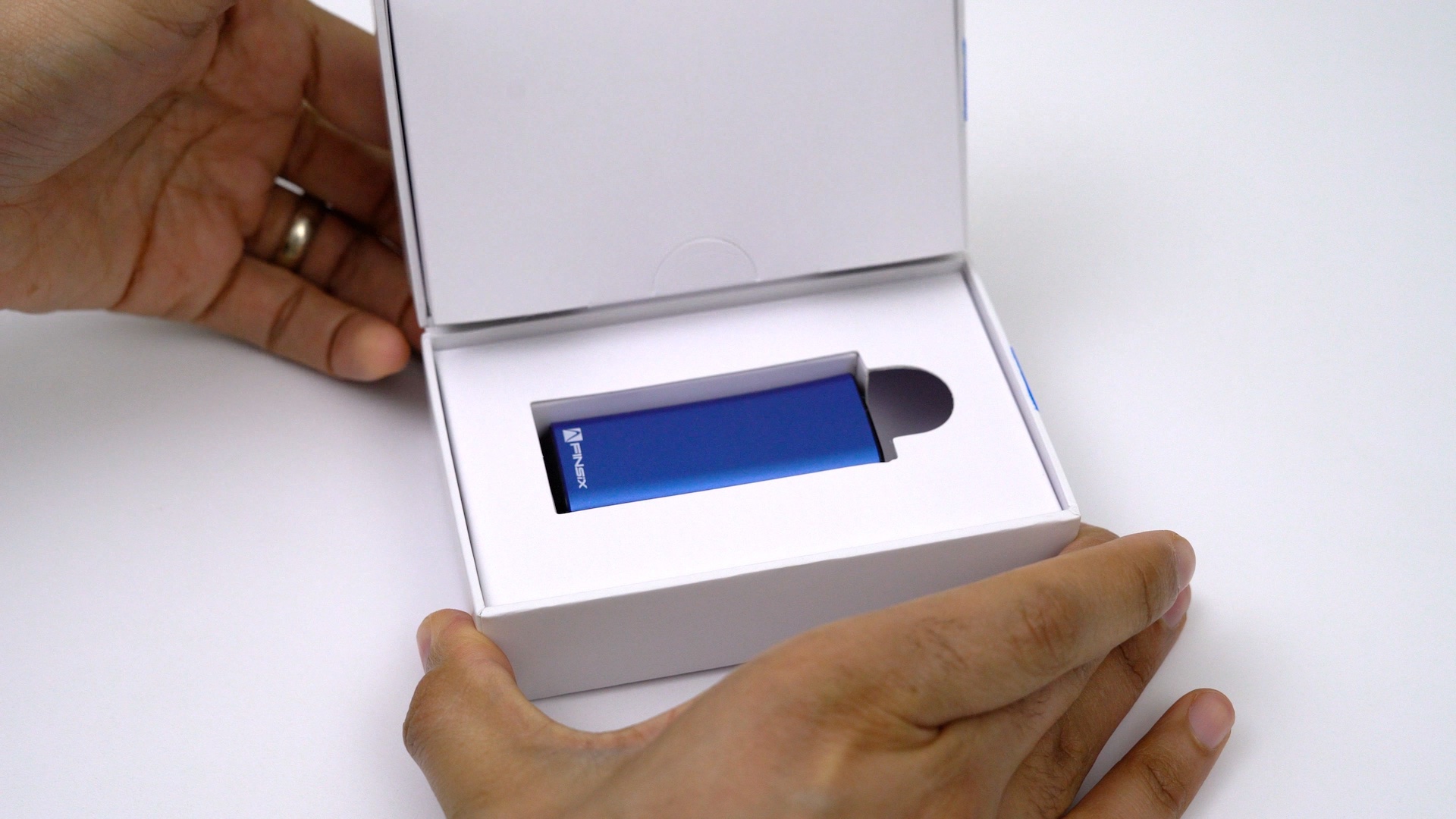 The design of the Dart-C makes it easy to plug in to pretty much any sort of power outlet, whether it be a wall outlet or a power strip. It also features 100-240V compatibility, which means that the unit will work almost anywhere in the world. 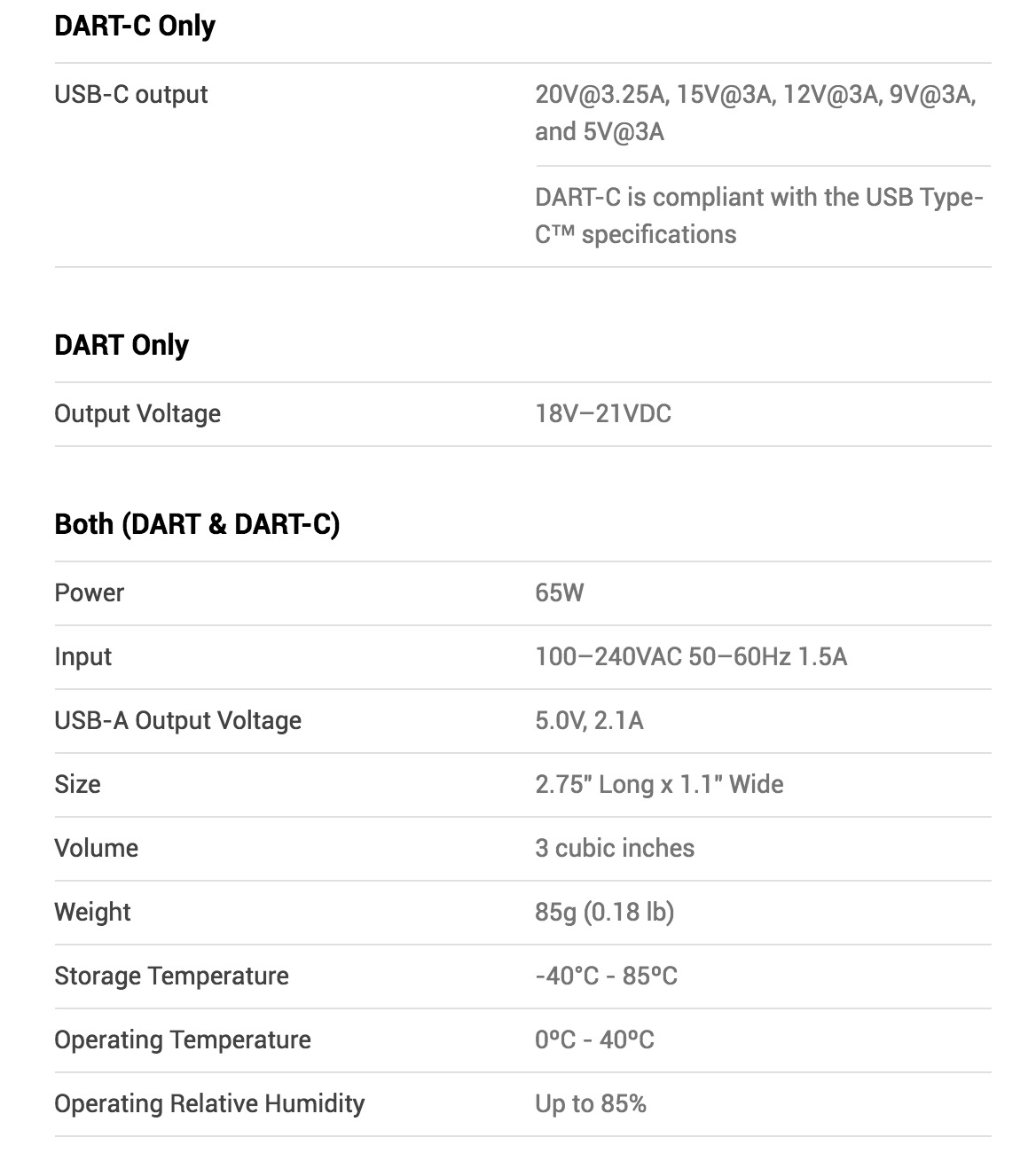 The proprietary USB-C cable that comes with the Dart-C is just around three inches shorter than the stock USB-C charging cable that ships with the 13-inch MacBook Pro. But a built-in 2.1A USB-A port on the cable for charging your iPhone or other USB devices, helps to make up for the few inches lost. 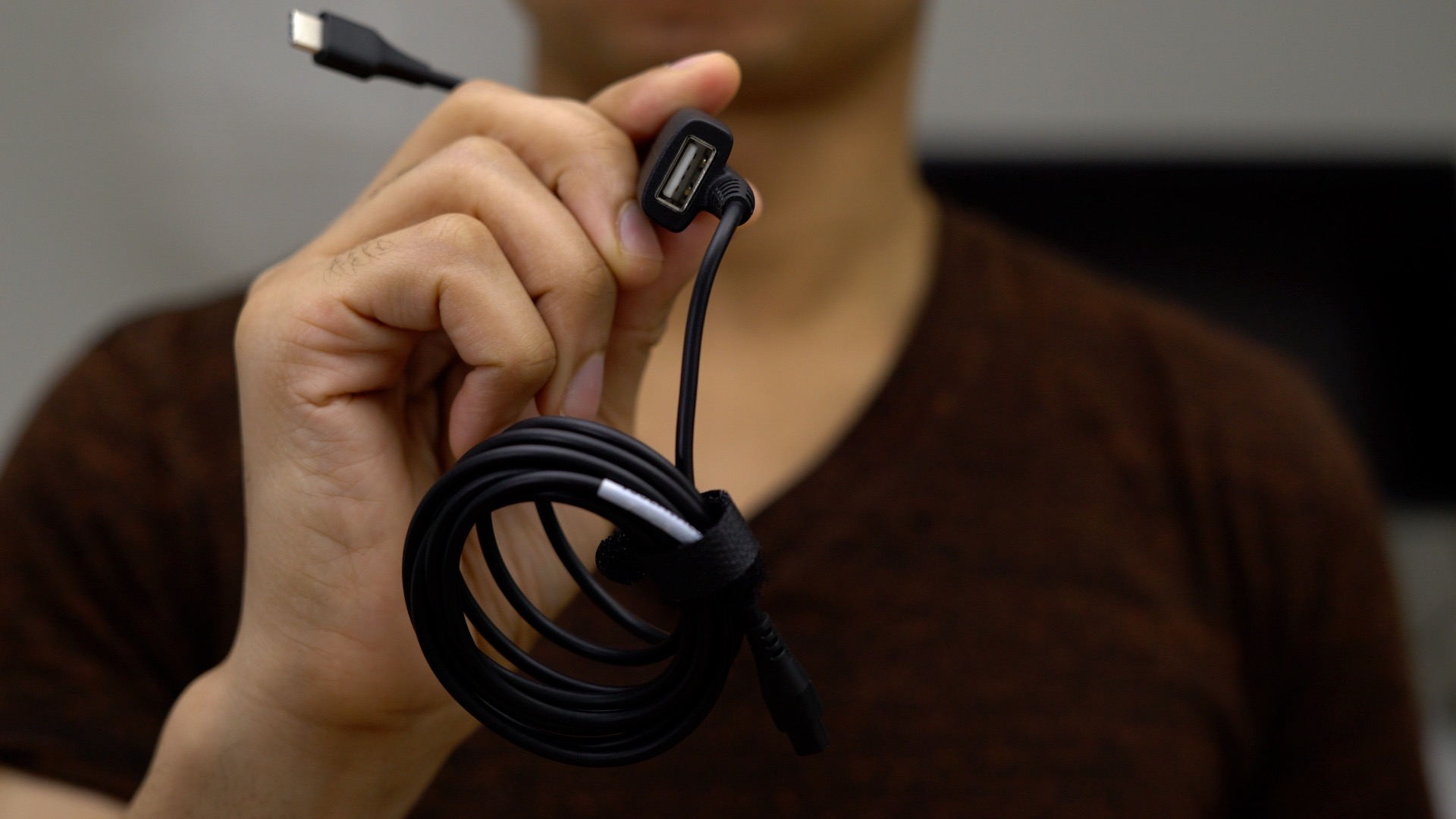 While I love the ultra compactness of the charger, there are some things that you’ll want to keep in mind. For starters, the unit features a proprietary USB-C cable, which not everyone will be thrilled about. 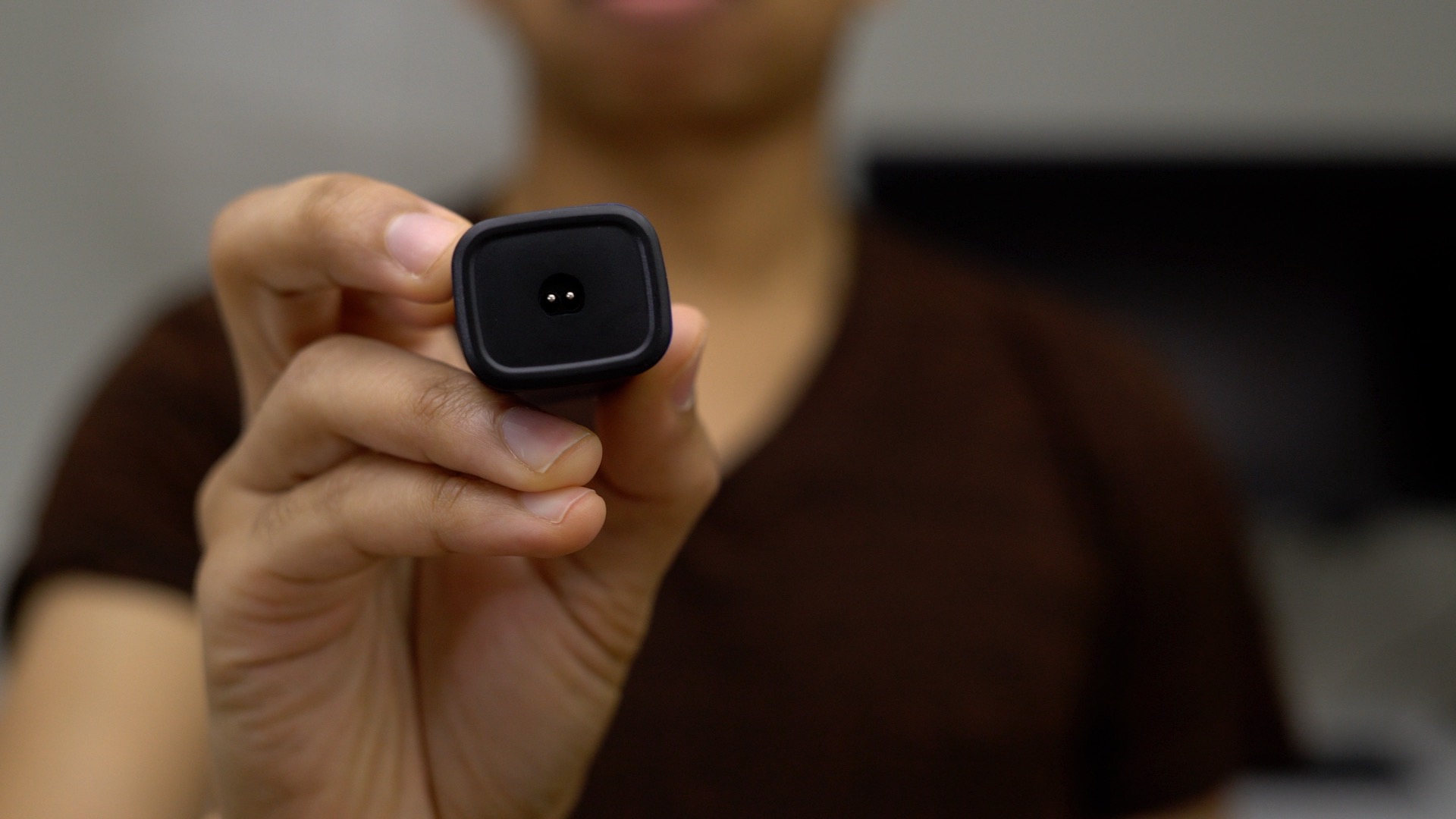 On one end is a standard USB-C connection, and on the other end is a proprietary connection that allows it to attach to the Dart charger. With this in mind, don’t expect to be able to use other USB-C charging cables with the Dart-C, and if something happens to go wrong with the cable, you’ll have to purchase another from Finsix. 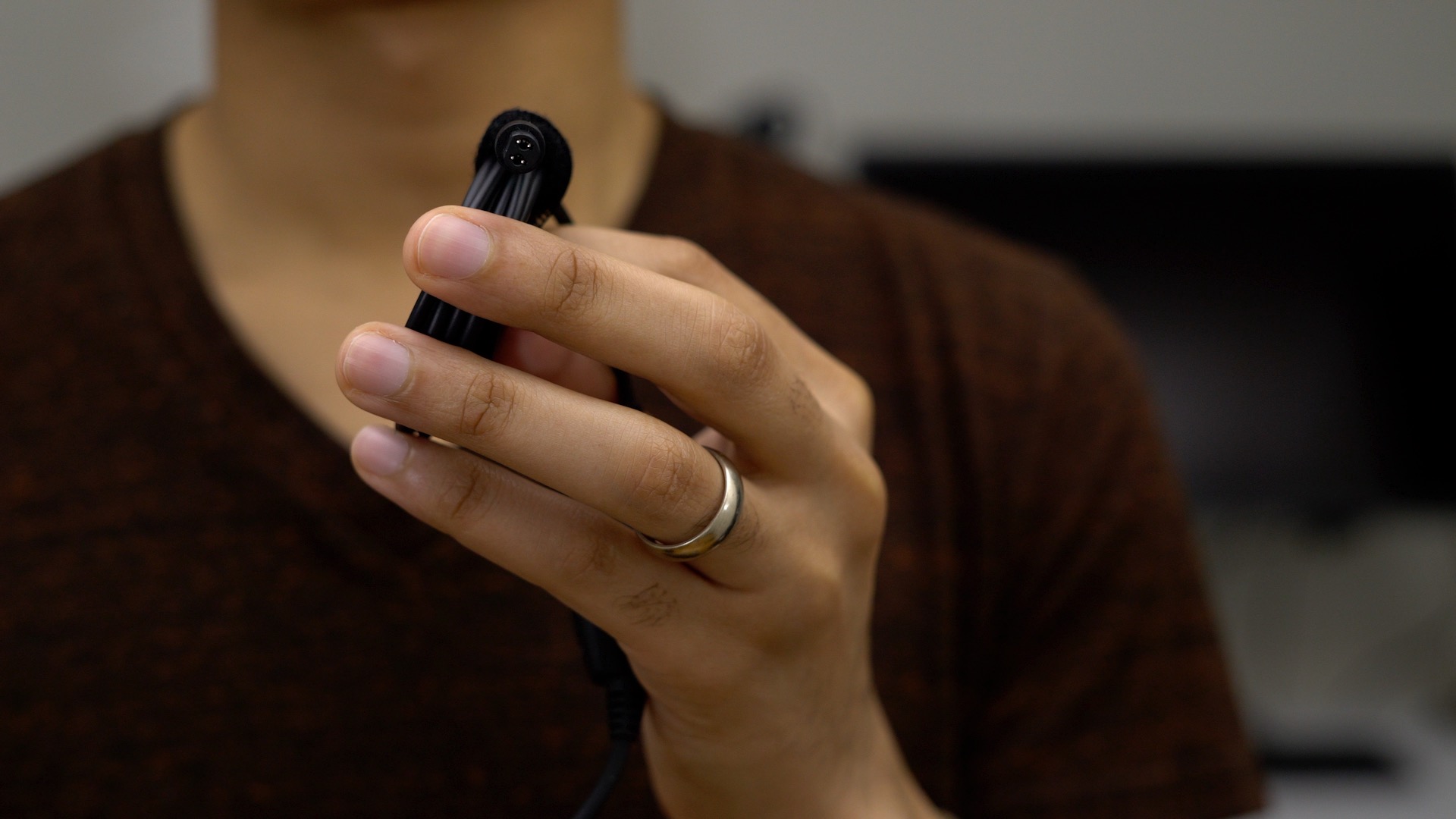 Another thing to keep in mind is that the Dart charger doesn’t feature a hideaway/removable plug for attaching to an outlet. One of the advantages of the stock MacBook Pro charger is that its plug can be collapsed for easy storage, and the plug itself can be removed and replaced with a different plug for usage in other regions. The Dart-C features none of these niceties, but again, it’s significantly smaller than the stock MacBook charger. 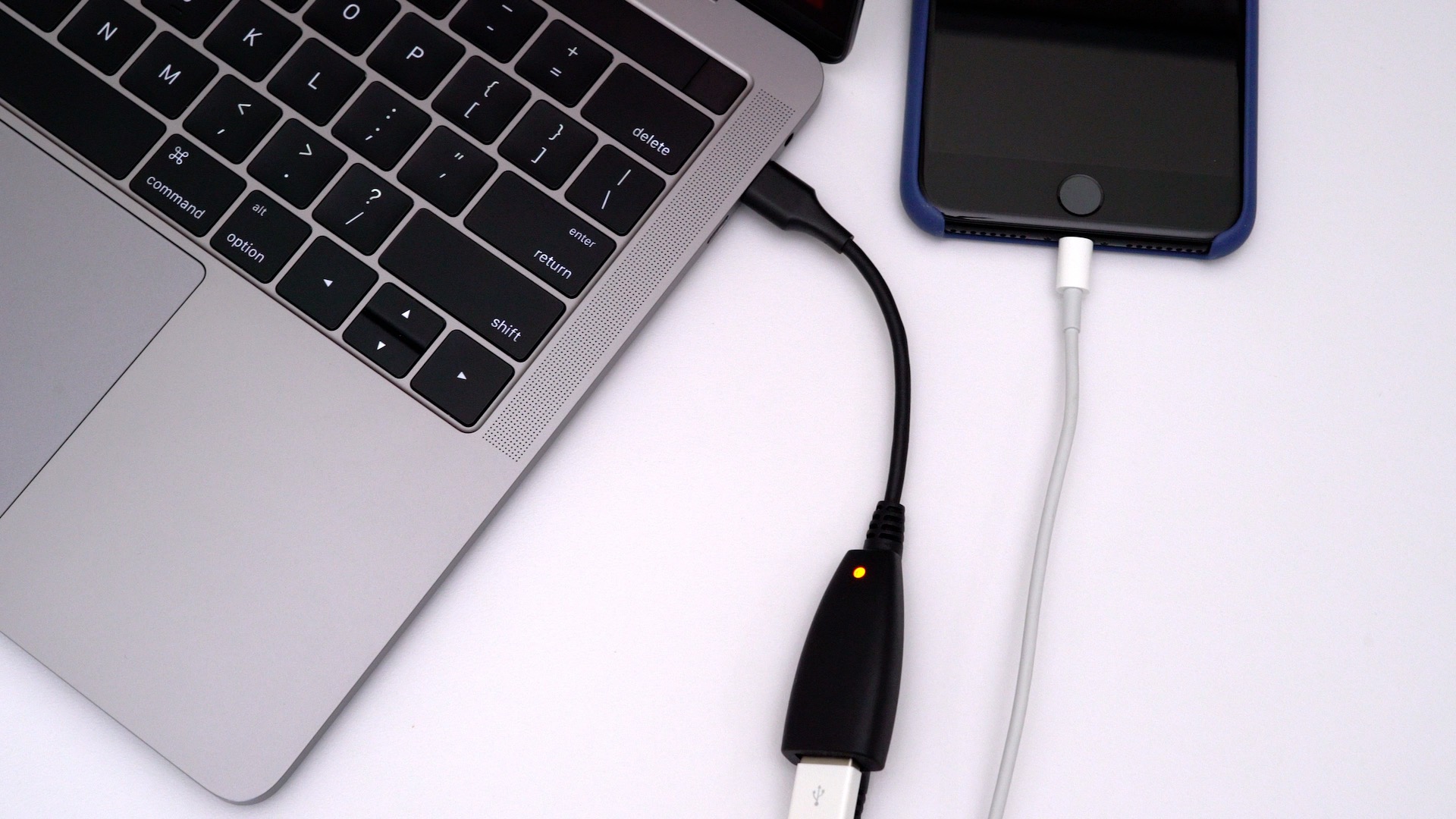 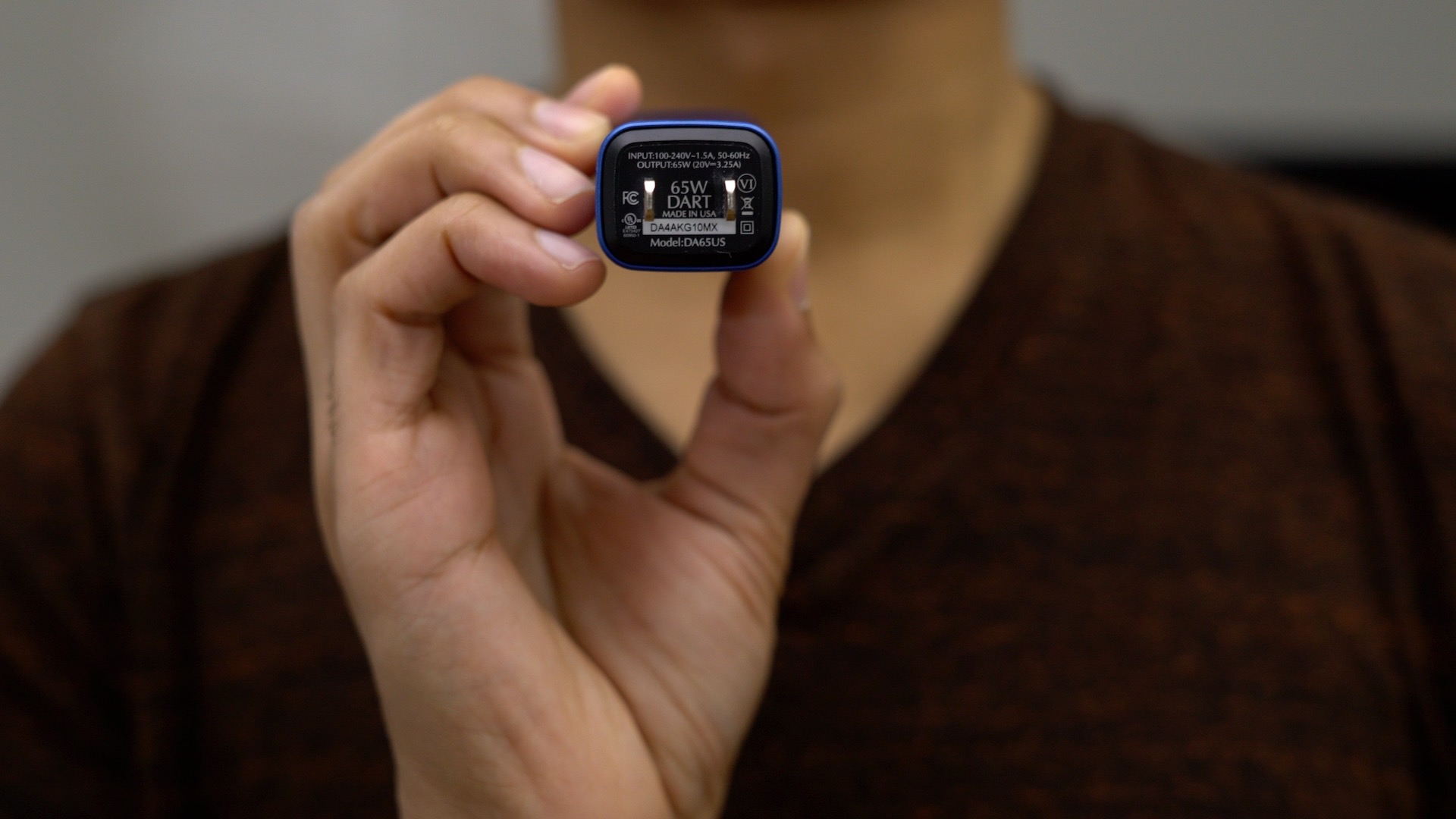 One last thing to consider is the power required by the laptop that you’re connecting to. If you’re using a 2016 13-inch MacBook Pro, then the Finsix Dart-C can act as an outright replacement for the stock 61W MacBook Pro charger. However, if you’re using a 2016 15-inch MacBook Pro, you’ll find that the Dart-C charges slower than the stock MacBook Pro charger. That’s because the stock charger for the 15-inch is an 87W charger, while the Dart-C is only 65W. The charging time differences between the two will likely be noticeable, but the Dart-C will still work as a fine second charger or backup charger when needed.

You can pre-order the Dart-C in gunmetal, blue, magenta, orange or silver for $99 on the Finsix website. If you already own the original Dart charger, you can pre-order the USB-C cable, which will basically turn it into a Dart-C for $34.99. Finsix says that new Dart-C orders should begin shipping next month.

Considering that the stock 61W MacBook Pro charger is $88 before tax when combined with a 2-meter USB-C power cable, I’d say that the Dart-C compares relatively well from a price perspective. This is especially so when you consider the unit’s compactness, and the fact that it features an extra USB-A port for charging an iPhone or other USB device.

What are your thoughts on the Dart-C? Would you consider using it as a primary or secondary MacBook Pro charger?