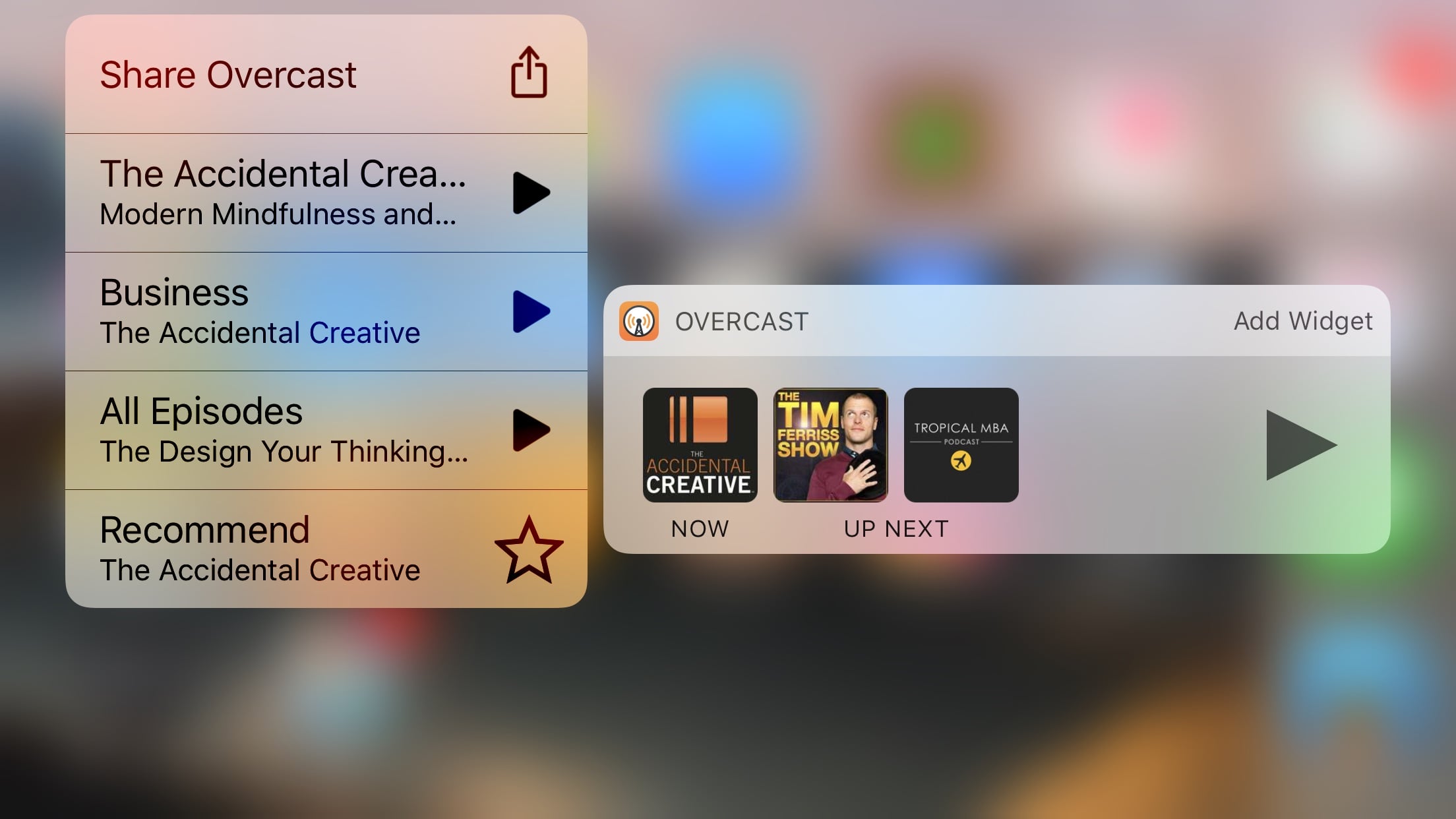 Marco Arment’s Overcast podcast player updated to version 3.0 this week and includes a new design with a novel monetization strategy: in-house advertising. Overcast has relied in in-app purchases and subscriptions in the past as well as Google-based advertising, but Arment is now rolling his own ads starting with the latest version.

Arment’s podcast player, Overcast, has seen a major update this week to version 3.0, bringing new UI changes and a significantly updated watchOS 3 app. In a blog post Arment describes the process of designing the app for the larger screen devices in use today. However, one of the more interesting pieces to note from the update is that Arment has now moved to using in-house ads.

The decision came after a “failed” attempt in getting a patronage-only model to work, and running through the difficulties that various ad platforms provide. He mentions that he didn’t feel comfortable running closed-source code that had “uncomfortable requirements” in his apps.

That’s why I’m writing my own ad platform. It’ll be more work and might not make as much, but I feel better about it in the Orange Age.

This made me a little uneasy in September, but then November happened, and by late January, I wasn’t comfortable embedding unnecessary closed-source code from a U.S advertising company in my app anymore.

This meant dropping previous ad platforms and third-party analytic companies and moving to what he calls “tasteful in-house ads with class-leading privacy.”

Overcast’s iOS app includes ads for non-Premium subscribers. No personal data is used to target these ads except the directory categories of podcasts that you’re subscribed to (such as “Technology,” “Business,” etc.).

The only data collected by each ad is the number of times it has been viewed and tapped, and for podcast ads, the number of new subscriptions resulting from viewing it. For modern app monetization, it’s a novel approach especially with Apple exiting the in-app ad space with iAds.

Arment has decided to show different ads in two different scenarios within the application. When in the Now Playing screen, ads for various websites, apps, podcasts, and even Overcast Premium will show. When a user is in the Add Podcast screen they’ll only see ads for podcasts. As Arment puts it, “What better place to advertise a podcast successfully than in a podcast player?”

Arment introducing in-house ads in favor of relying on an external ad network follows his controversial decision to publish then pull an iOS ad blocker of his own in 2015.

After just 48 hours in the App Store, Arment decided to pull the app after saying that it “just doesn’t feel good” to [profit from] the negative impact to “many who don’t deserve the hit.”

As readers of 9to5Mac, we actively encourage you to reach out to us and provide feedback on the ads presented on the site. If you do choose to use an ad blocker, whitelisting our sites helps to provide our writers with the revenue they need to continue their work. If you ever find a distasteful or inappropriate ad, feel free to email me directly at greg@9to5mac.com. We’re continuously working on improving the ad experience presented on our sites, and want to improve that experience for the readers as well.

You can grab the 3.0 update to the Overcast podcast app in the iOS App Store for free. Overcast also offers a premium upgrade that will remove ads and add file uploads for only $9.99 a year.