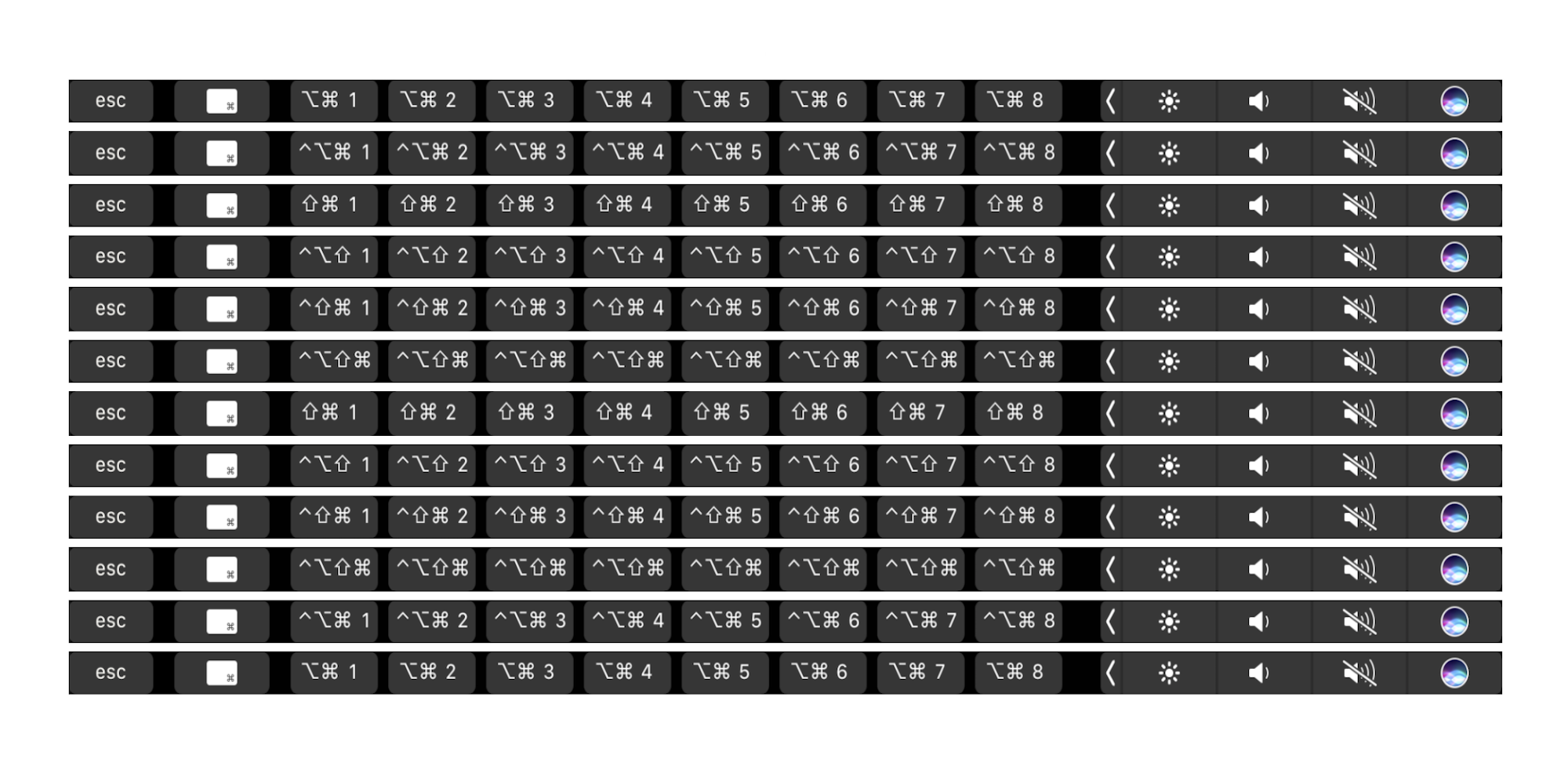 For last week’s installment of our Logic Pros series, I wrote about the new Touch Bar support in the recently released latest version of Logic Pro X. It turns out Final Cut Pro users have good reason to be jealous; and other apps could benefit a lot from implementing what Logic has done. It’s some of the best support yet, and one feature specifically, fully customizable banks of buttons for keyboard shortcuts, is something I’d love to see other apps adopt.

Final Cut Pro, GarageBand and other Apple apps got Touch Bar support at launch, but what Logic Pro X ended up getting beats them all.

In Logic, in addition to a few other functions (like a virtual keyboard, drum pads, timeline overview, and track controls), there is a Key Commands mode that enables keyboard shortcuts to be assigned to buttons on the Touch Bar.

These work using modifier keys, and that means you have 16 banks in total with each modifier and all possible combinations (many of which are pictured up top). Each bank has a total of 8 buttons, meaning Logic Pro users have access to assign 128 fully customizable Touch Bar buttons.

Many of these have icons, colors and text by default, like the handful pictured below that Apple has assigned for the singular modifier keys:

For the rest, you can customize text (including emoji) and add a background color.

This feature taps into Logic Pro’s Key Commands editor, so you can also assign contextually sensitive key commands based on the window or editor you happen to be in. Anything that can normally be assigned to a keyboard shortcut can now also be assigned to one of these Touch Bar buttons. 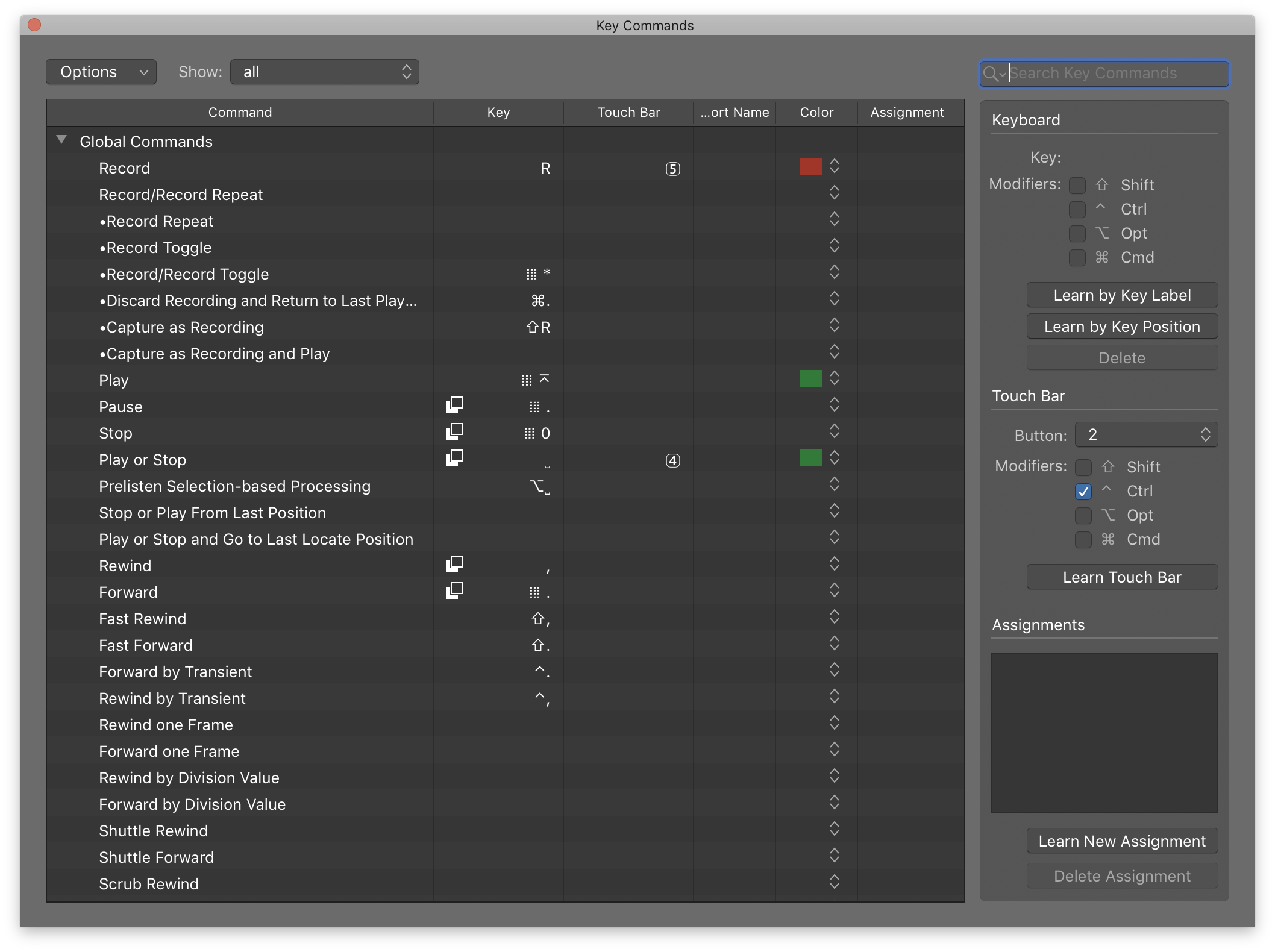 Final Cut Pro also has a Key Commands editor like Logic’s pictured above, as do other apps and macOS itself, so it’s not hard to see how Final Cut Pro and other apps might get this integration in the near future. And better yet, perhaps we will get a deeper level of system-wide keyboard shortcuts that can be customized and assigned to the Touch Bar.

Apple showed off the timeline overview in Final Cut Pro as the main feature when it first launched, and that was a bit underwhelming for pros. I think many more people, especially power users, will find Touch Bar infinitely more useful once the apps they use take Logic’s example and implement similar keyboard shortcut customization.