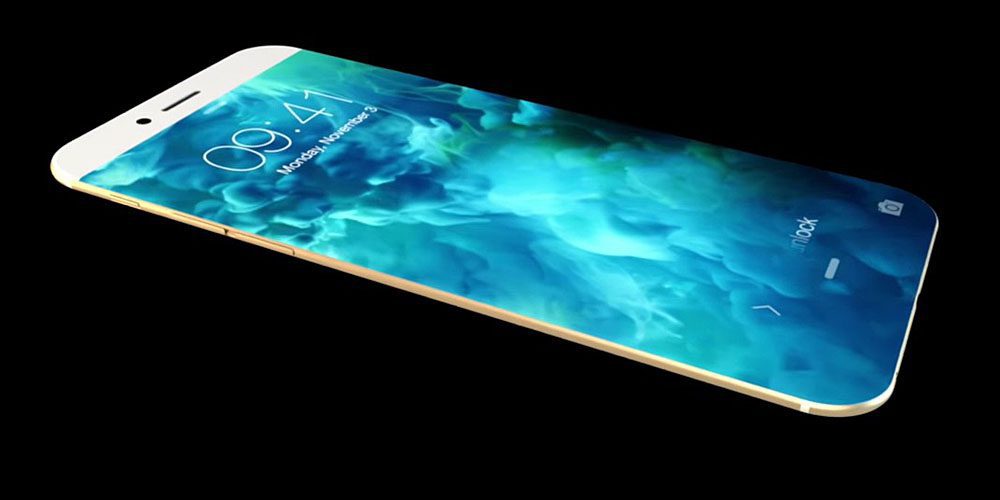 A report from TrendForce today reinforces most of the rumors being floated for the radically new iPhone 8 as well as a few new details. The report says the high-end iPhone will include a 5.8 inch display but will not be curved, due to yield issues. The physical home button will go away to make room for more screen, reaffirming the rumor that the iPhone 8 screen aspect ratio will exceed 2:1 with a body size similar to the 4.7 inch iPhone 7.

TrendForce also says that the phone will have 3 GB RAM, the same as the iPhone 7 Plus, and will be available in two storage sizes: 64 GB and 256 GB. It says the 3D sensing features will service face recognition and augmented reality applications.

For some time, iPhone 8 rumors suggested that the display would be curved and wrap around the sides of the device. TrendForce says this idea was tabled but ultimately rejected due to poor yield and fragility issues when prototypes were drop-tested. However, the display will still be dramatically new due to the transition from LCD to OLED and the bezel-less design.

TrendForce repeats rumors that the premium iPhone 8 will be more expensive than the current high-end lineup, with a price up to $1000 ‘or even higher’. Available in 64 GB and 256 GB flavors, it isn’t clear if both models would be more than $1000 or just the 256 GB storage tier. It seems likely that Apple will want the 64 GB model to hit the magic $999 price point although this is just speculation.

The report says Apple is also preparing a new 4.7 inch device and a new 5.5 inch device which are more competitively priced. Nevertheless, TrendForce says that the high-end iPhone 8 will account for at least 40% of units — despite the higher prices. The ‘iPhone 7s’ devices will have storage tiers up to 256 GB.

The new iPhone lineup is expected to officially debut in the fall. Apple will unveil the next version of the operating system, iOS 11, at Apple’s annual developer conference on June 5.