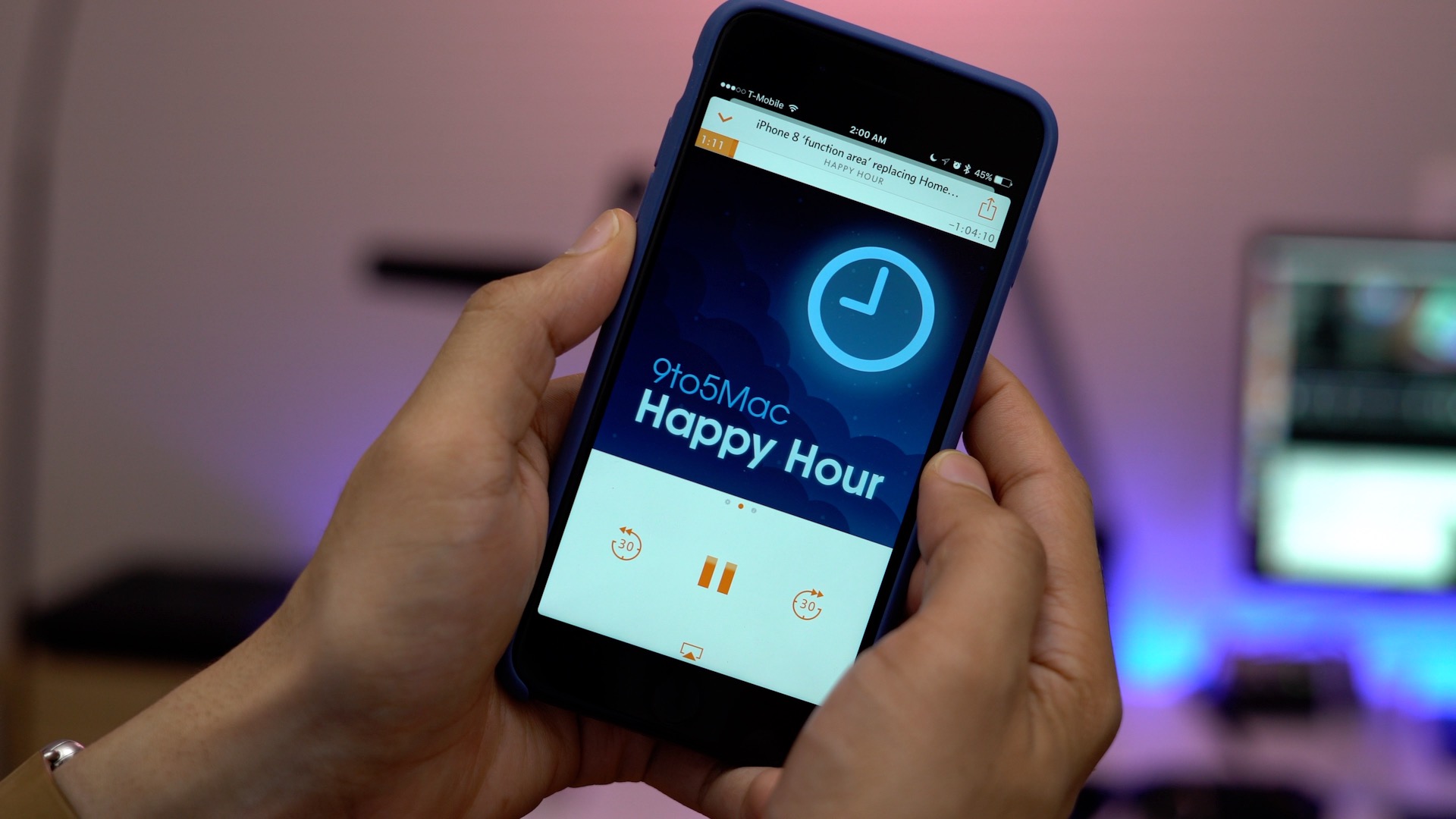 In this installment of Friday 5, I discuss five iOS apps that are near and dear to me. Most of these apps I use everyday, and each one of them brings something unique to the table.

The list includes Overcast, the excellent podcast app that just recently received a massive upgrade. Also included is block.fm, a different type of app that brings easily-accessible Japanese music to the masses.

These, and three additional apps round-up this week’s edition of Friday 5. Watch our brief video walkthrough for a quick look into some of each app’s most compelling features.

I use several podcast apps, but if you’re iOS-only, Overcast is a solid choice. Not only does it support the iPhone and iPad, but it also features a revamped Apple Watch app that allows you to control podcast playback right from your wrist.

This is the app that pioneered features like Smart Speed for shortening silences, and Voice Boost for improving playback volume. Features such as these have greatly improved the playback experience for podcast listeners.

Since Google Reader’s demise a few years ago, I find Feedbin to be hands-down the best replacement service. I love the look of Feedbin’s beautiful web-based interface, but the service is also supported in plenty of apps, like Reeder 3. 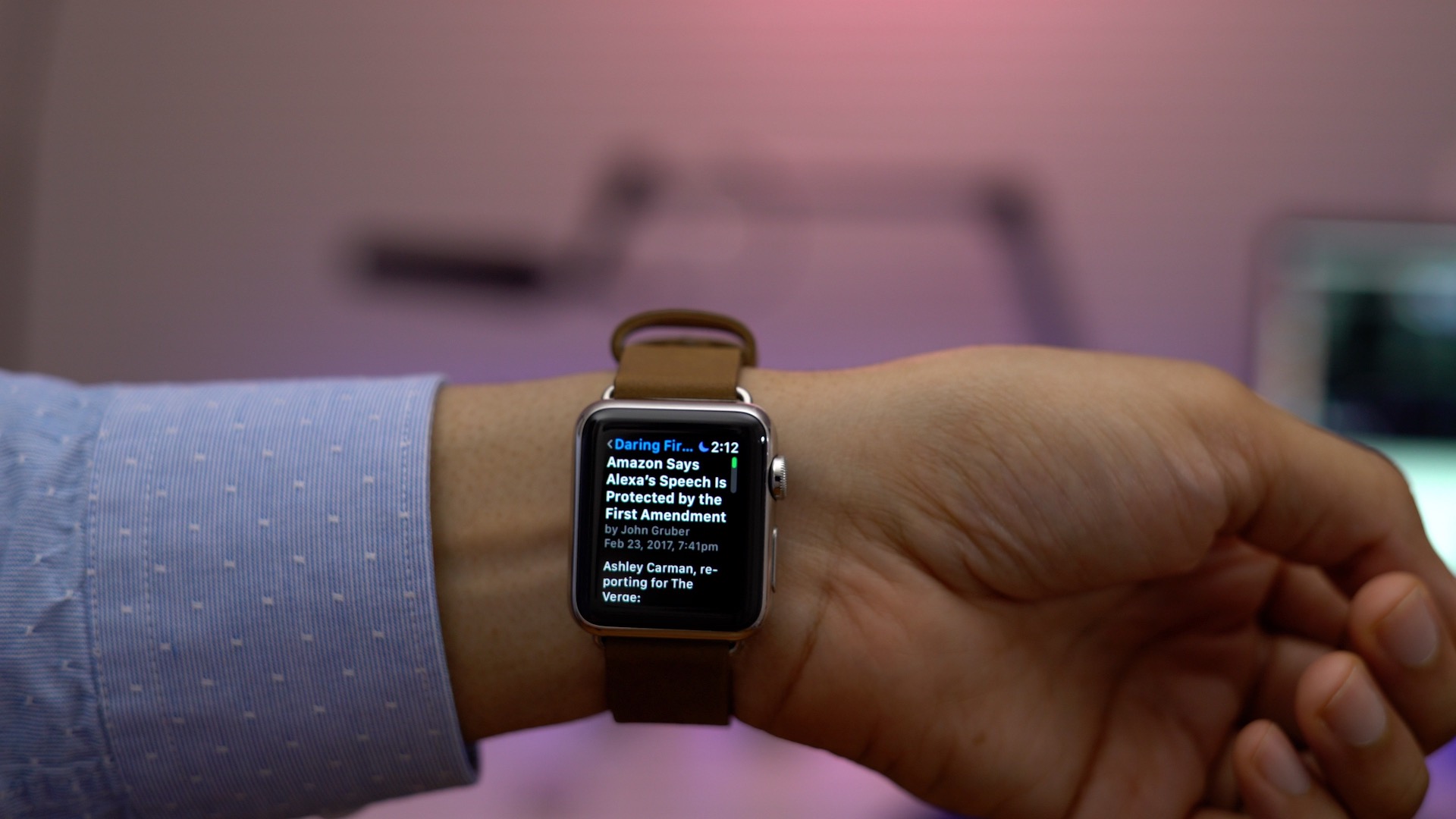 But there’s one particular aspect of the service, the Feedbin Notifier app, that pushes it over the edge. Feedbin Notifier is an app for paid Feedbin customers that allows you to be notified whenever a new item hits your list of RSS subscriptions. That in and of itself is fairly nice, but Notifier is also supported on Apple Watch, and features a full-fledged app that allows you to read full news articles right on your wrist.

For the last few decades I’ve been a big fan of Japanese music, but I’ve always had a hard time keeping up with the latest and greatest. Importing Japanese music has always been super-expensive, and although the big streaming services are a lot better than they used to be, they still have some ways to go. 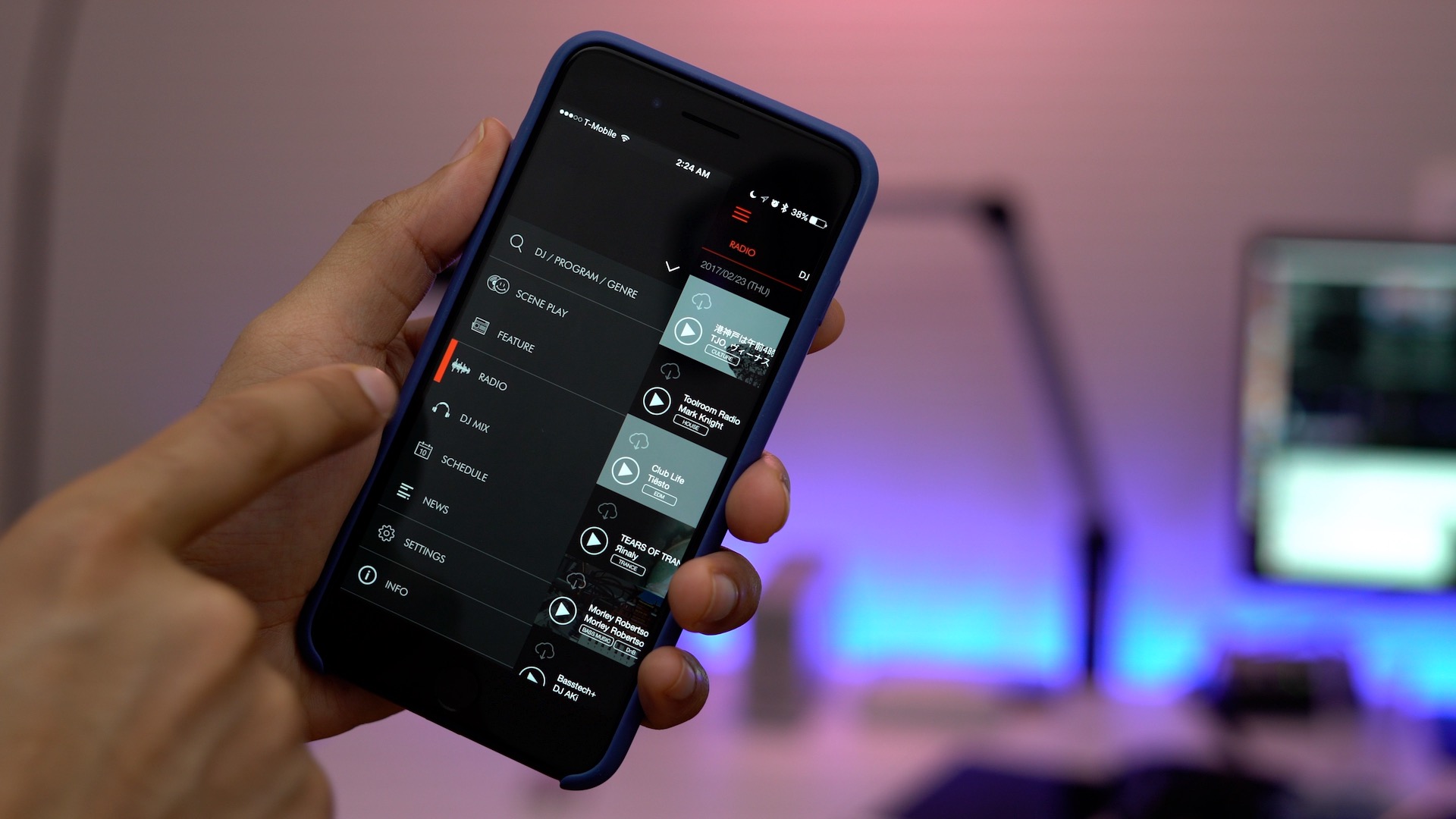 With this in mind, block.fm — a web-based radio station with a corresponding iOS app — is a wonderful resource. The radio station specializes in electronic music, and although lots of artists can be found on the service, I especially like it for keeping up with and learning more about the Japanese music scene.

Although the app and website is mainly in Japanese, it’s designed well enough so that it’s simple to figure out and use.

A dictionary, thesaurus, and research tool all rolled into one comprehensive package, Terminology is one of my go-to writing apps on iOS. 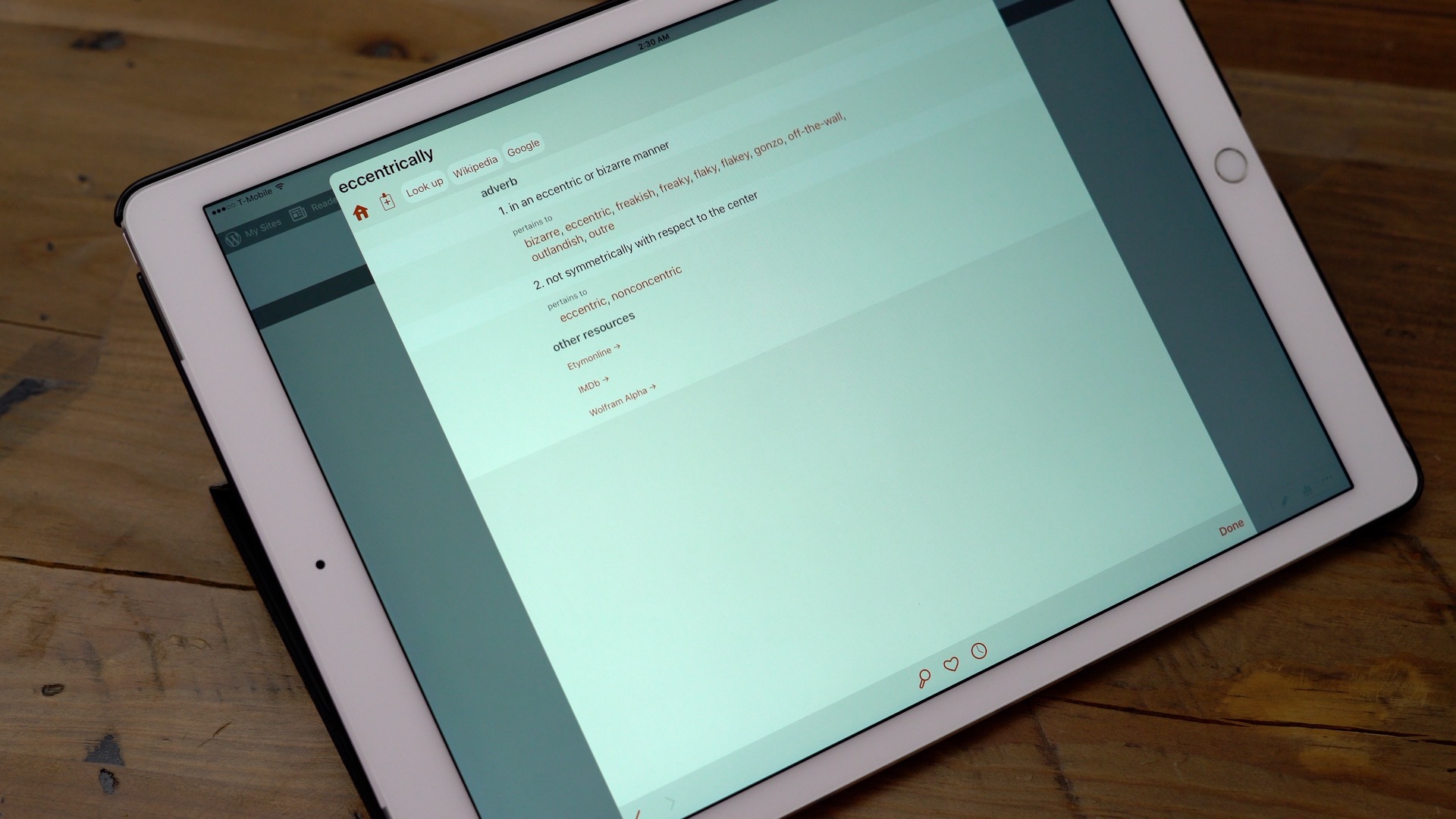 My favorite thing about Terminology is its Share extension that can be used to look up words from within almost any app. You can then take notes on specific words during the lookup process without breaking your train of thought.

Terminology gets more powerful when you wield its custom actions feature. These actions allow you to build queries based on customizable parameters. That feature is only available to those who opt for the in-app purchase, but if you’re an avid user, you may find that it’s well worth the price.

It’s easy to forget that iOS supports third-party keyboards, because I generally don’t find them all that useful, or even stable. Gboard, however, is one of the exceptions — and it was just updated with support for 15 new languages, voice typing, and support for new iOS 10 emoji. 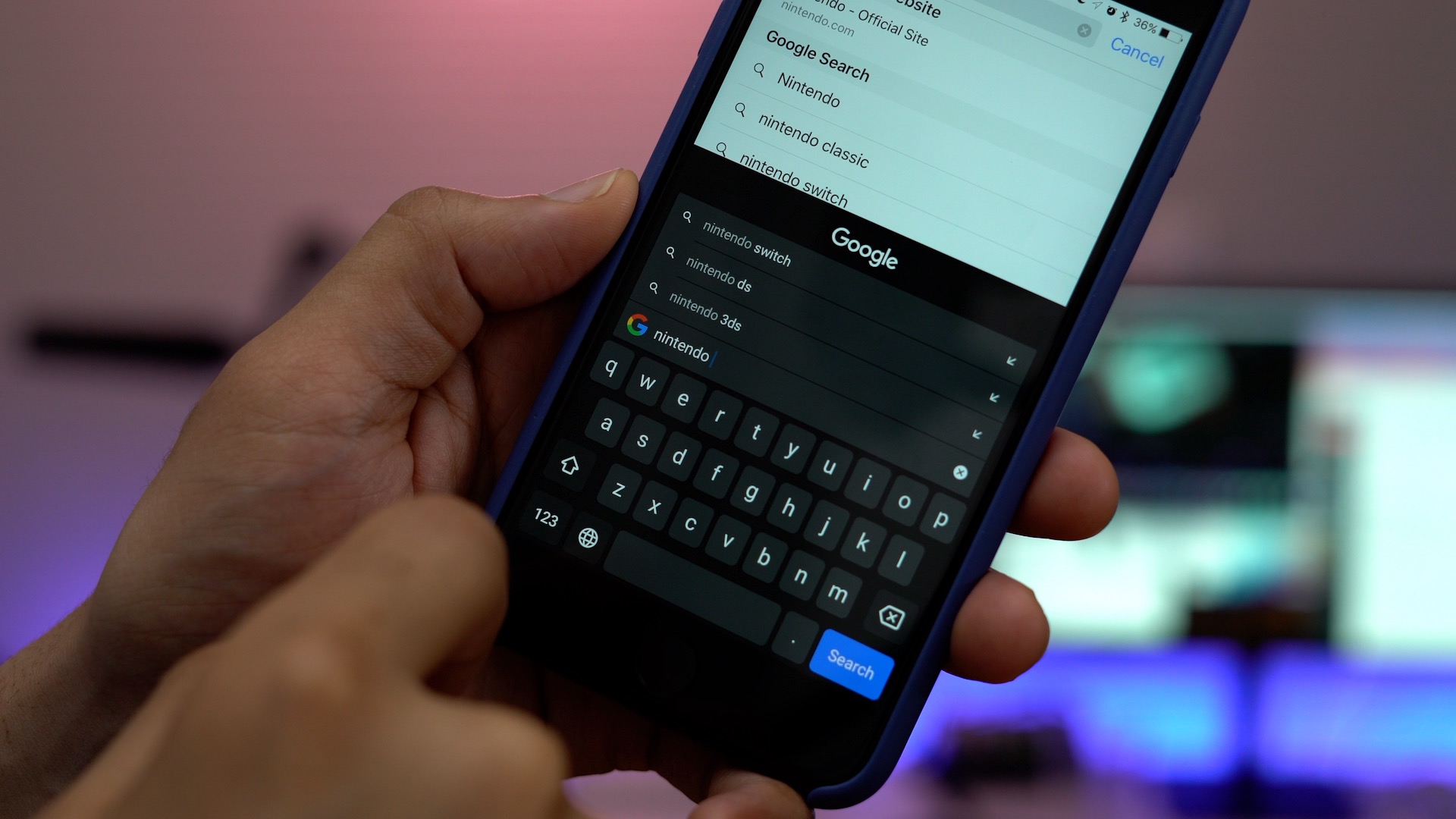 What apps do you recommend?

Have a look at last week’s Friday 5 for a hands-on glance at Parallels Access, an iOS app that allows you to access your Mac from anywhere. As always, if you have any apps to suggest for future posts, be sure to leave a note in the comment section with your suggestions.