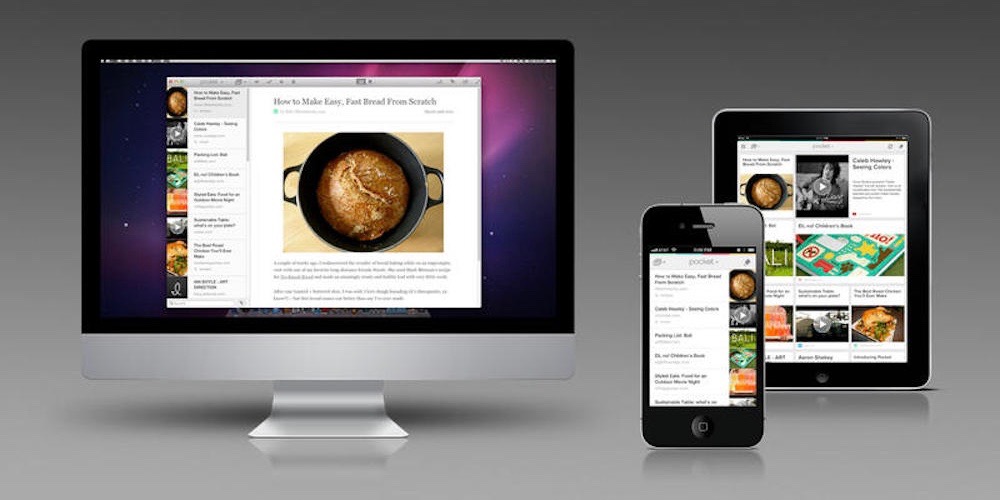 Pocket, the popular read-it-later bookmarking service, has been acquired by Firefox developer Mozilla, according to Recode. Pocket has client apps on the iPhone, iPad, and even the Mac including both a browser extension and dedicated reader app.

The bookmarking service and apps are both available for free, although the service does monetize with a premium tier with advanced features for $4.99/month or $44.99/year. Free users of Pocket (which some use to strip ads from online publications) are served with in-app sponsored content.

Instapaper, a competitor to both Reading List and Pocket, was similarly acquired from social network and bookmarking site Pinterest last August after previously being bought by Digg-creator Betaworks from creator Marco Arment.

Details of the latest deal including how much Mozilla paid for Pocket were not disclosed, but Recode notes that Pocket has picked up around 10 million users since it first started under the name Read It Later in 2007.

Mozilla officially announced the Pocket acquisition on its blog:

Pocket will join Mozilla’s product portfolio as a new product line alongside the Firefox web browsers with a focus on promoting the discovery and accessibility of high quality web content. Pocket’s core team and technology will also accelerate Mozilla’s broader Context Graph initiative.

As a result of this strategic acquisition, Pocket will become a wholly owned subsidiary of Mozilla Corporation and will become part of the Mozilla open source project.