Opinion: The time is right for a switch to USB-C in the iPhone 8 & this year’s iPads [Poll] 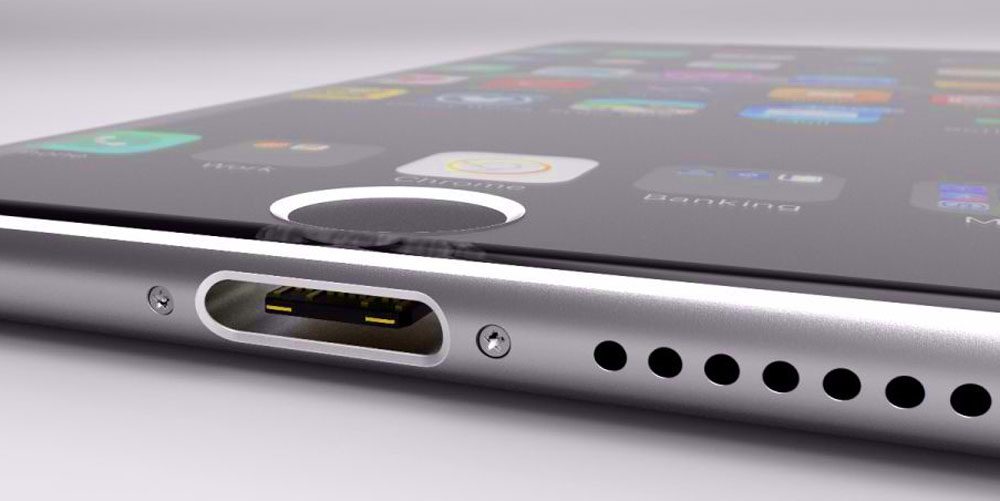 I wrote an opinion piece last year speculating on whether Apple would switch from Lightning to USB-C, and when it might do so. A new report today suggests that the company is planning to do so this year, in the iPhone 8.

I argued then that there were compelling reasons for Apple to make the switch. While the Lightning port is a clever standard, USB-C is even smarter and more capable. Adopting a single port across both Mac and iOS devices would massively simplify the cable and connector ecosystem. And the high-speed data transfer capabilities provided by USB-C would allow Apple devices to work together better than ever.

I addressed the three possible objections before, but let’s quickly summarize them here …

One, that there would be protest at Apple switching its iPhone and iPad ports again, especially from those who own accessories that use the Lightning port. I agree that there will, but Apple has weathered such protests many times: from abandoning the floppy drive in the iMac to dropping the headphone socket in the iPhone 7. People complain, sometimes loudly, then they gradually get used to the idea.

Two, that the USB-C socket is thicker than the lightning socket. It is, but not massively so, and Android manufacturers have already demonstrated that it’s no barrier to making ultra-slim devices.

Three, that Apple would be sacrificing the income it gets from licensing Lightning accessories through its MFi program. Also true, but this money is peanuts to a company of Apple’s size – and there have already been indications that the company is becoming less strict with MFi, and perhaps even transitioning away from controlling cables, connectors and cases.

As my colleague Benjamin Mayo tweeted earlier, the apparent plan to launch both an iPhone 7S/Plus and a radically different iPhone 8 design allows Apple to mitigate objections from Lightning fans.

The 2+1 new iPhone cycle seems smart. It gives Apple flexibility to do more radical stuff with the high end model without alienating people.

The 7S will likely have the same Lightning socket as its predecessor, allowing people to retain compatibility with accessories as they upgrade, while those ready for a bigger break with the past can invest in the iPhone 8. Everyone’s happy.

Ok, not true: people who want the near-bezel-free design while also wanting to retain compatibility with Lightning devices won’t be happy. But you can’t please all of the people all of the time.

One thing is certain: if the iPhone 8 gets a USB-C socket, so too will this year’s iPads. Maybe the rumored low-end 9.7-inch device keeps the Lightning socket, but the rest of the range would go USB-C for sure if the new iPhone does.

Technically, it would be possible for Apple to hedge its bets here: there is enough room in an iPad for the company to include both a Lightning and USB-C socket. But I don’t think it will do so – it’s too messy. Both visually (I can’t see Jony Ive going for it) and because the two sockets look sufficiently similar that it risks confusion.

Besides, Apple has already demonstrated its thinking in the 2016 MacBook Pro: if you’re going to switch ports, just do it. Apple didn’t include any USB 3.0 ports in its latest Macs, and it’s not going to include a Lightning port in its new iPads.

I would also argue that Apple’s approach on the Macs has been vindicated. There was a lot of outrage at the time, and there are still some holdouts who object to the decision, but the majority quickly favored the move. Manufacturers made USB-C cables and adapted their accessories, and readers reported that adapting to the all-USB-C world had been a painless experience.

Even now, when we polled our readers, three-quarters supported the idea of Apple switching to USB-C in the iPad if it also did the same in the iPhone. So personally I think the time is right. I very much hope that Apple makes the switch to USB-C this year for both iPhone 8 and iPad.

Assuming we’re right that Apple has a transition strategy – stick with Lightning in the iPhone 7S/Plus and low-end 9.7-inch iPad, and move to USB-C for the iPhone 8 and all other new iPads – does this make you more amenable to the idea? Please take our poll and share your thoughts in the comments.