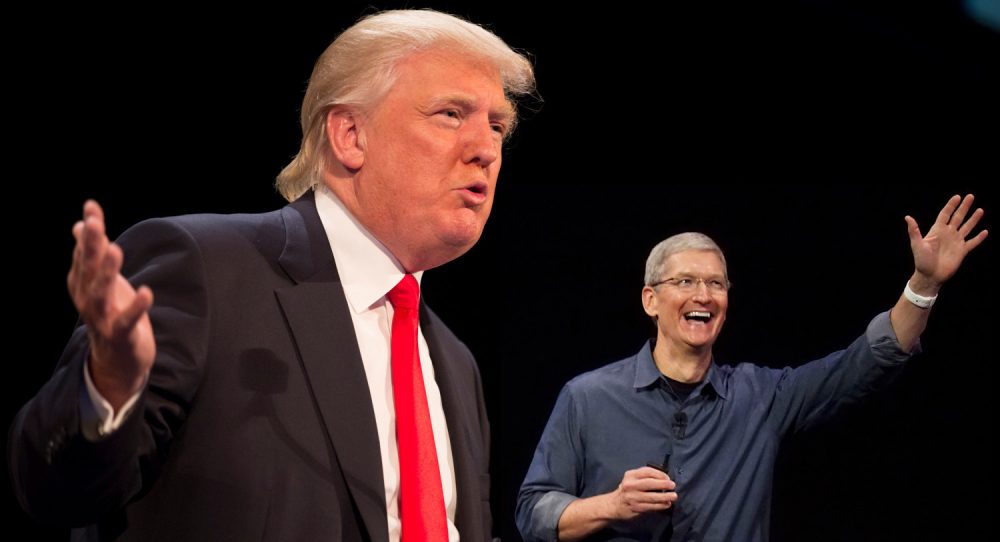 Much has already been said about Apple’s relationship with President Trump, but one campaign issue that’s still looming is the notion of an import tax. While on the campaign trail, Trump often mentioned the possibility of imposing a 45 percent import tariff on goods from China as well as a 35 percent tariff on imports from Mexico.

Since President Trump took office, however, those numbers have come down according to more recent reports. Nevertheless, such an import tax would have an impact on Apple and other tech companies…

More recent reports have suggested that the Trump Administration is mulling a possible 10 percent import tax on goods, while House Republicans have proposed a 20 percent “border adjustment tax” that would be tacked on to goods from all countries.

A new report from The Mercury News outlines thinking from economists on just how big of an effect import taxes would have on Apple and consumers.

George Tech professor John Vande Vate, for instance, stated that “you and I are going to pay for it,” when referring to a border adjustment tax. Meanwhile, Marcus Noland, a senior vice president at the Peterson Institute for International Economics, called the entire situation a “real mess.” Noland is a strong supporter of free trade and believes that a trade war would have a dire effect on more than just products:

“A trade war that started with products,” he said, “could spill into things like visas and immigration issues, which would disadvantage the entire high-tech sector.”

Renee Bowen, a Stanford University Graduate School of Business professor, notes of how such a border tax would affect international trade relationships as a whole:

“If we decide to impose tariffs or high barriers to trade on our trading partners we should expect reciprocal trade barriers, which of course is not good for our industries, it’s not good for prices, and the whole thing spirals downward,” said Renee Bowen, a Stanford University Graduate School of Business professor who studies international trade.

Not everyone is opposed to such a border tax, though. Northwestern University law professor Steven Calabresi, for instance, believes that a 20 percent border adjustment tax would “encourage Americans to buy American products.” Furthermore, he explains that it would “promote good jobs here in the United Sates” and raise $1 trillion over 10 years.

“It will allow us to cut income taxes, which discourage people from working. It is smart to discourage a little bit of the buying of foreign goods if you can then cut income taxes and get people back into the workplace or get them to work harder,” he said.

With product launches like the iPhone 8 right around the corner, the border adjustment tax is something that’s looming over Apple and other technology companies and suppliers. Apple has been rumored to be investigating U.S. production, but it wouldn’t be to the scale of its existing partnerships in China and other countries.