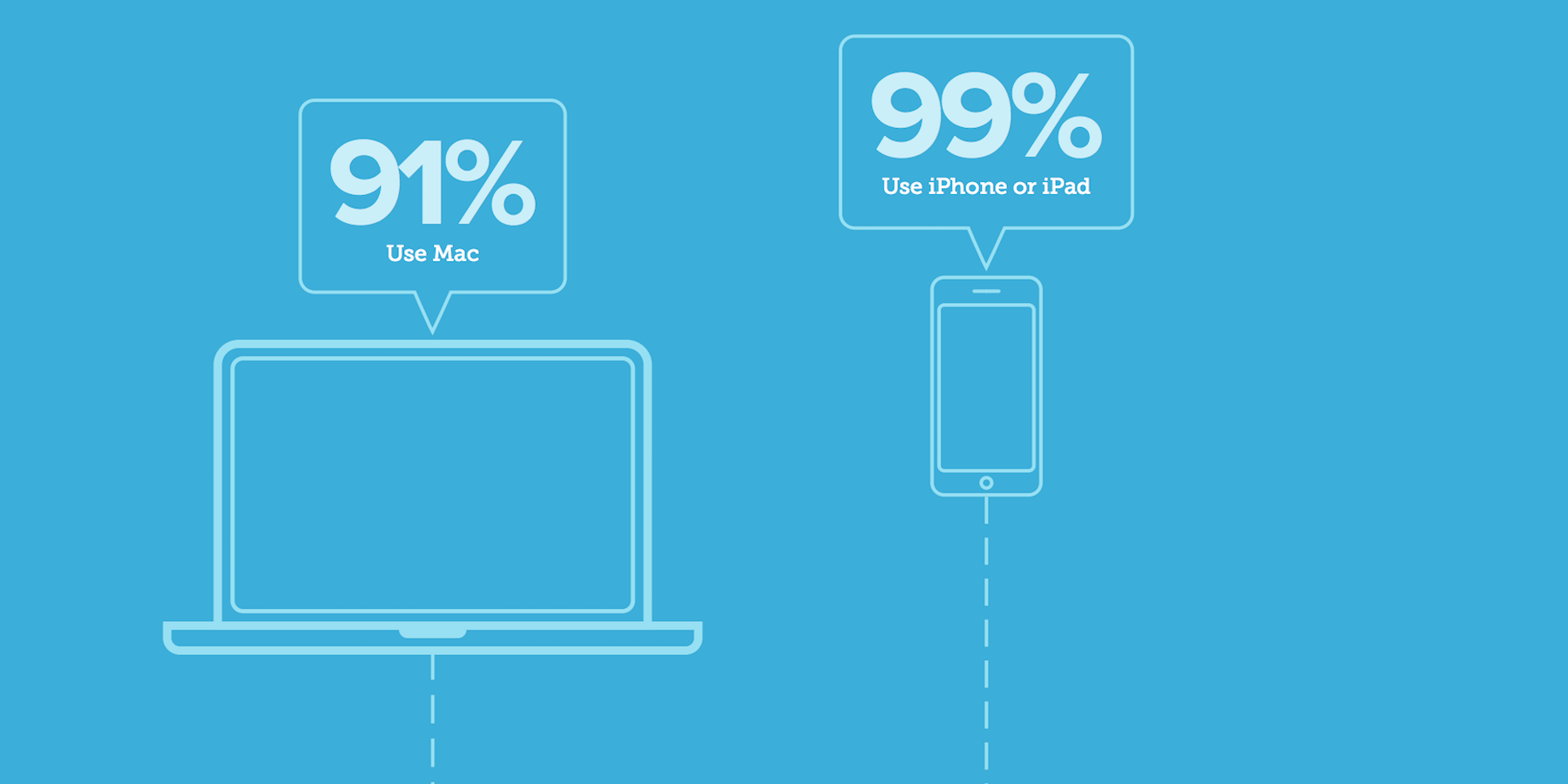 The report also offers additional insight into growth for Apple among enterprise users in 2016, collecting data from 300 IT professionals, managers and executives from commercial organizations of 50 to 10,000+ employees from around the world.

Some of the data highlights include:

For the increase in Mac and iOS adoption now at 91 and 99 percent, Jamf notes that 74% of organizations saw an increase in Mac adoption and 76% an increase in iPhone and iPad adoption in 2016 versus the year before. IBM has now almost reached its goal of deploying 100,000 Macs, the report confirms, making it the largest company Mac deployment. IBM, which uses Jamf software to manage its deployment, first announced the goal during the JAMF Nation User Conference (JNUC) last October. At the time, IBM said it was saving on average a minimum of $265 per Mac versus a comparable PC due the cost of device itself, OS, support, resale value and deployment. 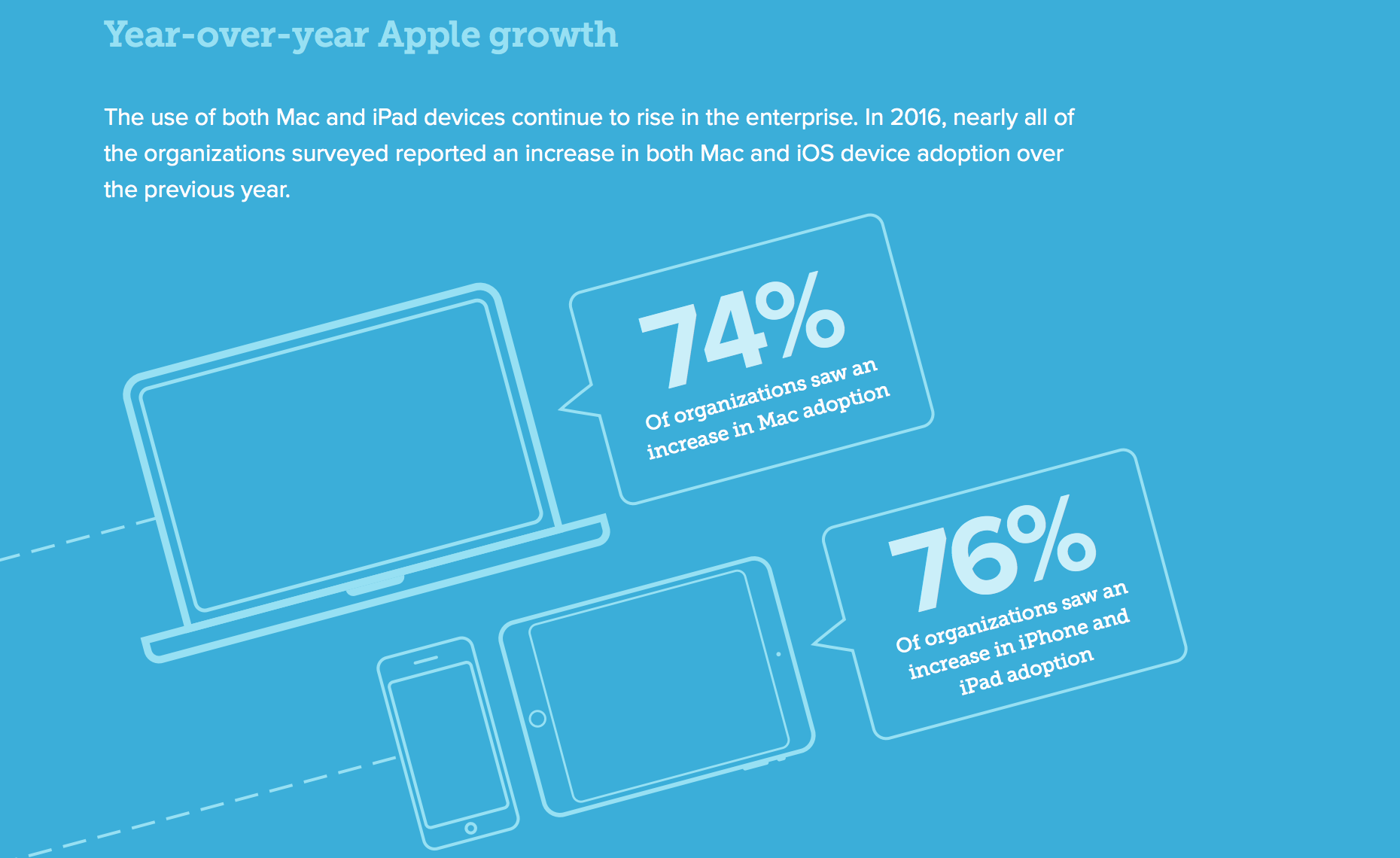 And those are also the reasons that companies were increasingly choosing Apple products in 2016, according to Jamf’s data. The report points out that 62% of survey respondents said Mac is easier to deploy than PC, while 93% said iPhone and iPad is easier than alternatives. The report cites similar numbers for other key metrics, including security, device configuration, support, software/app development, and integration.

Apple’s user-friendly interface often allows users to intuitively solve problems on their own, thus reducing the support needed compared to other operating systems. And when more advanced issues arise, IT admins can trust Apple’s world-class support. Of those surveyed, 63 percent said it’s as easy or easier, in general, to support a Mac than a PC. Additionally, 89 percent of respondents said it’s as easy or easier to support Apple mobile devices over others on different platforms.

In contrast to the data from Jamf and growth among enterprise users, a report earlier this month claimed both iOS and macOS lost market share to Chrome OS in the US K-12 education market last year.

You can read the full Jamf survey online here.