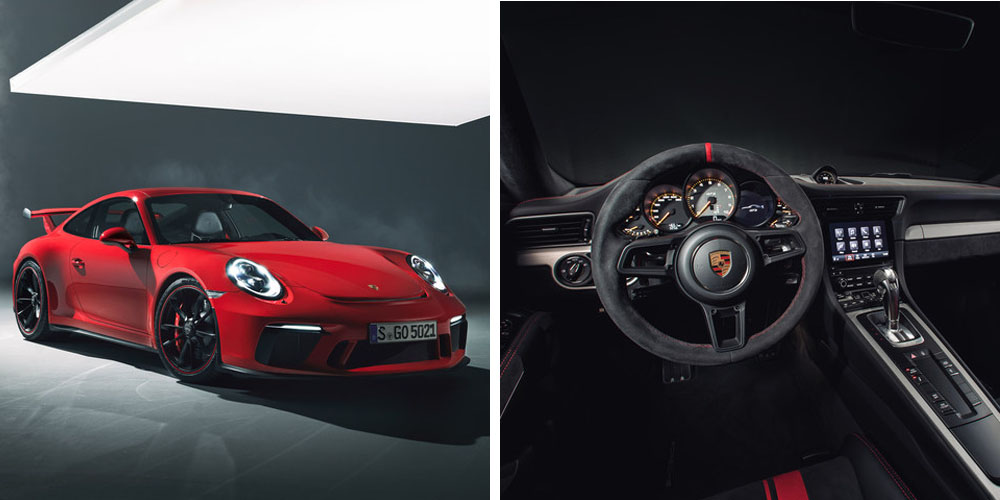 Porsche has traditionally not emphasized creature comforts in its track-focused cars, even stripping out air-conditioning to keep the weight down. But the latest 911 GT3 – a model primarily aimed at track drivers who also want to drive the car to and from the circuit – now comes with CarPlay as standard …

Porsche doesn’t exactly highlight the CarPlay functionality, mentioning it in passing while focusing on an app that allows drivers to analyze their car’s performance, but it at least makes it into the specs – albeit with a spurious space.

In addition to the Porsche Communication Management (PCM) — which includes a navigation system capable of real-time traffic information and the Connect Plus Module including Apple Car Play [sic] — the Porsche Track Precision App is also included as standard equipment. Using this app, 911 GT3 drivers can display, record, and analyze detailed driving data on a smartphone.

Well-heeled drivers will, though, have to wait until the fall to get their hands on one. Pricing starts at $143,600 plus $1,000 delivery, but the company of course has additional options available at extra cost.

It follows the company adding CarPlay compatibility to the 2018 Panamera Turbo S E-Hybrid, that one with a massive 12.3-inch screen, and is the second sportscar announcement today to feature CarPlay support following the Honda Civic Type R.