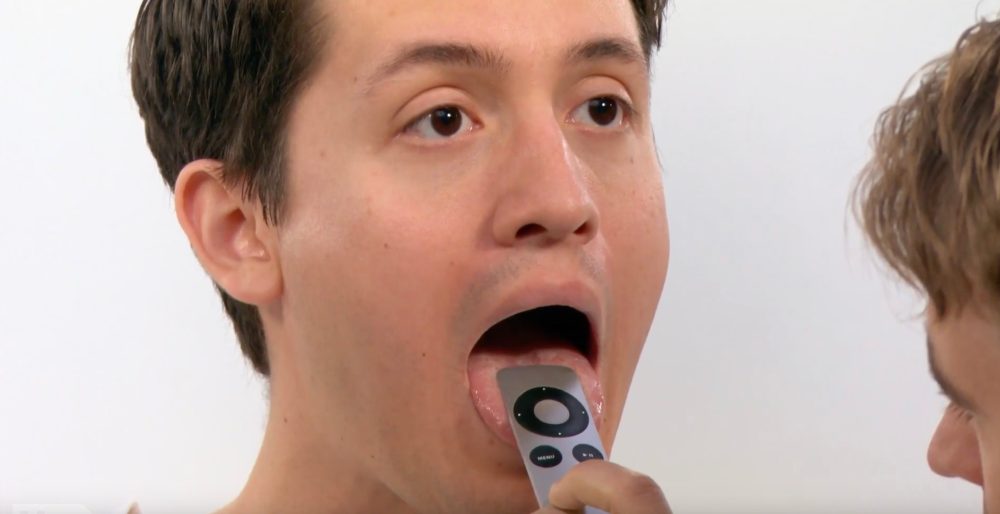 Yesterday we told you about Jason Chaffetz, a Republican Congressman who thought that the reason some low-income Americans couldn’t afford healthcare was because of the iPhone:

“You know what, Americans have choices. And they’ve got to make a choice,” the House Oversight Committee chairman told CNN’s ‘New Day,’ one day after the House GOP unveiled its plan to replace ObamaCare.

“And so maybe, rather than getting that new iPhone that they just love and they want to spend hundreds of dollars on, maybe they should invest in their own healthcare.”

Now, the folks at the Conan O’Brien show are poking fun at the notion with a mock advertisement for “Apple Healthcare.”

The ad depicts a world where Apple products are able to do everything from drawing blood and performing physicals, to taking your temperature and checking if a tumor is malignant.

The humorous video shows a pair of Apple Earbuds being used as stitches, keyboards being used as casts, and wall adapters being used for drawing and infusing blood. It’s a pretty funny take on the whole situation and would theoretically solve the healthcare debacle if it every really came to fruition.

You no longer have to choose between paying for the latest Apple product and paying for healthcare.

This isn’t the first time Conan has poked fun at Apple. For instance, the late night show recently made of Apple’s AirPods with a mock advertisement, while previous episodes have mocked Apple’s partnership with U2, Siri, the iPhone 6’s “bendgate” fiasco, and more.

View the mock advertisement below and let us know what you think of it in the comments.