Comment: Making sense of the conflicting reports on the iPhone 8’s curved or flat screen 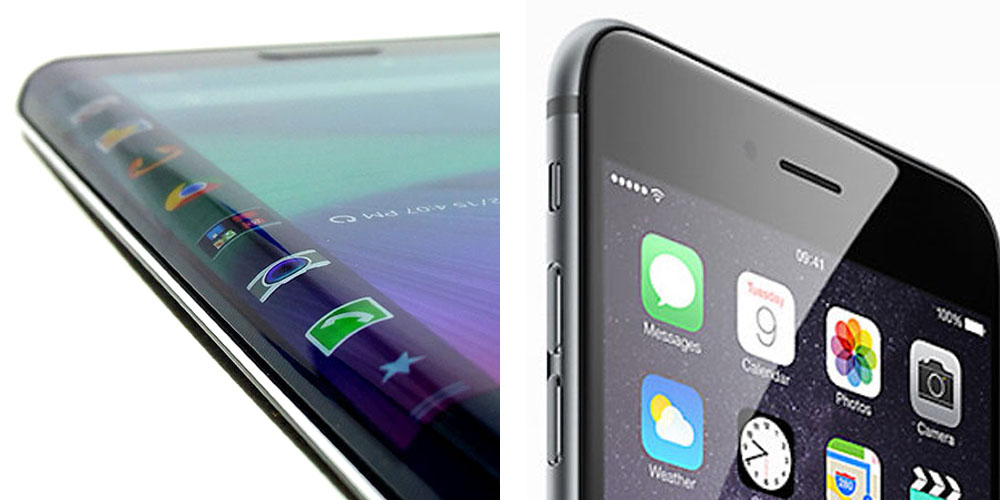 Seemingly conflicting reports on the iPhone 8 screen have been causing confusion, some earlier reports describing a curved screen, while Business Insider notes that some analysts expect a flat display.

A large number of reports have suggested that the screen on that new device will be curved but an increasing number of iPhone watchers believe it will actually be flat.

The apparent contradictions may, however, be down to little more than semantics …

The term ‘curved edges’ could bring to mind something like the Samsung Edge devices – above left – where part of the display actually wraps around the edge of the casing.

But while that’s one particular implementation of a curved screen, it’s not the only possible one. Indeed, while we tend to think of Apple’s existing iPhone screens as flat, that hasn’t actually been the case since the iPhone 6. The iPhone 6, 6s and 7 all have displays that curve gently in at the edges to meet the curved casing.

The only exception in the current iPhone line-up is the SE, which has a flat display to meet the flat sides of the casing.

So the reality is that the iPhone 8 almost certainly will have a curved glass display – the only question is just how much curvature. We can be confident that Apple isn’t going to adopt Samsung’s rather gimmicky side icons, so it isn’t going to need that degree of curve.

But with everyone expecting an edge-to edge display, even the same degree of curvature seen on the iPhone 6 onward will give the appearance of a greater curve – because it will blend seamlessly into the sides of the casing.

Some reports do suggest that Apple may be returning to a flat-sided design, but with bezel-free sides, that would still require the glass to curve at the edges, as seen on some of the concept images.

So personally I’m not reading anything into the latest ‘debate’ – I think it’s just different analysts using different wording to describe much the same thing.

Check out our latest roundup of everything we’re expecting from the iPhone 8, together with the rest of the news and reports in our iPhone 8 guide.