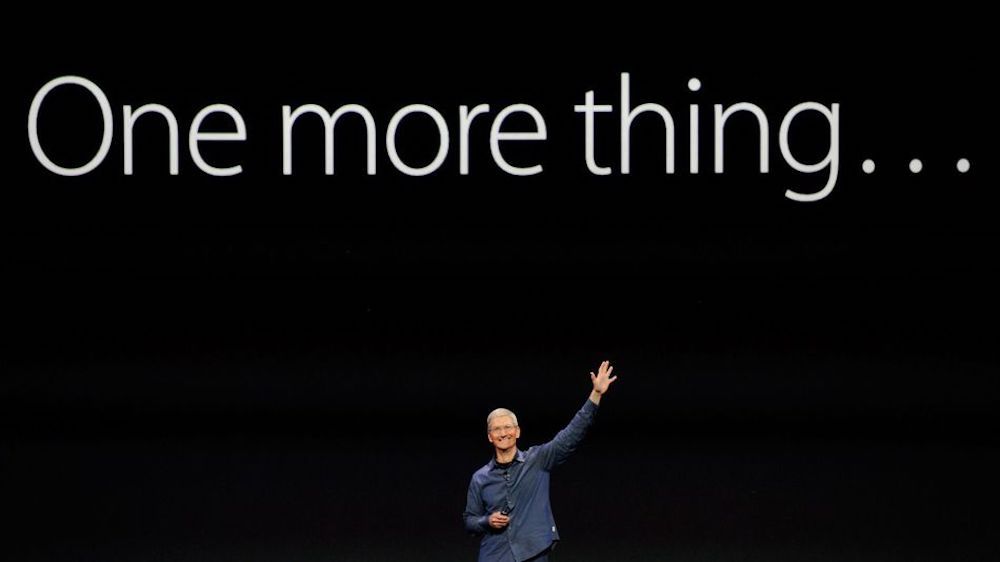 We’d likely already see invites issued if Apple was planning to hold a major event in March, although that doesn’t rule out a spring event sometime next month yet. A new rumor today, however, suggests Apple could release new hardware as early as next week which would presumably happen without an event.

MacRumors cites “reputable supply chain analysts” at a “research firm” who believe Apple will release new hardware products sometime next week, although details beyond the date range are slim. Here’s their wording:

Apple is likely to announce new products later this month, most likely between Monday, March 20 and Friday, March 24, according to reputable supply chain analysts we spoke to who wish to remain anonymous.

The research firm did not disclose which products it expects Apple to announce, but rumors have widely suggested at least a trio of new iPad Pro models will be unveiled as early as this month, including an all-new 10.5-inch model with slimmer bezels and updated 9.7-inch and 12.9-inch versions.

If Apple does refresh hardware next week, my speculative guess is that the refresh would include iterative updates and not major new products.

Both the 9.7-inch and 12.9-inch iPads are due for updates if Apple is sticking to the 12-18 month release cycle, and the larger tablet is especially supply constrained and a few months older than the smaller version. Apple has historically used media events to unveil new iPads, but Macs have had speed boosts without events.

The rumored 10.5-inch model would be a new design for iPads, however, which is more event-worthy. A supply chain report in February claimed Apple’s new iPad design might not be ready until May or June.

Also rumored is a red version of the iPhone 7 and a higher capacity iPhone SE. A new color mid-cycle would be a first for the iPhone (not counting the delayed release of the white iPhone 4 in 2011) so a press release without an event wouldn’t be surprising. Upgrading the iPhone SE to offer 128GB of storage is also a minor update.

Macs including both Retina iMacs and even the 12-inch MacBook are due for updates as well (not to mention the 2013 Mac Pro and 2014 Mac mini).

Today’s rumor doesn’t mention or rule out an event, but it seems likely one will only happen if new hardware is ready to be introduced; updated hardware can launch with a press release and update on Apple.com. The rumor targets next Monday through Friday so we shall see.