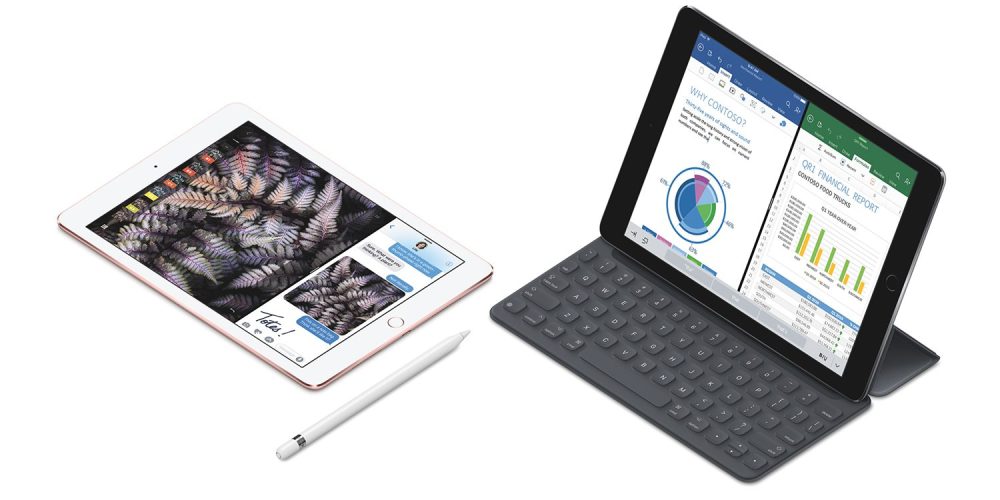 With rumors swirling about three different iPads in the wings, but with no event confirmed, it’s still unclear what Apple has in the cards for the spring product releases. There have been rumors about Apple pushing forward production of the edge-to-edge 10.5-inch iPad but an absence of online leaks. An update to the 12.9-inch iPad Pro is also expected but the timeline is unclear.

Today, Macotakara is posing the idea that a new 9.7-inch iPad Pro 2, with the first version released almost a year ago, could be the first new Apple product of the year. It is reportedly a minor, iterative, update over the current iPad Pro with no external design changes.

Apple analyst KGI has also spoken of a new lower-cost 9.7 inch iPad. An analytics firm has found references to four new iPad identifiers, suggesting the products are about a month away from formal release.

According to the Japanese blog, the 9.7-inch iPad Pro 2 will include an A10X chip to boast better CPU and graphics performance, however.

This would certainly follow the trend of Apple releasing iPads with an ‘X’ version of the iPhone chip; as the iPhone 7 includes an A10 Fusion chip, it follows that the new iPads would include an A10X. Last generation, Apple released the iPhone 6s with an A9 SoC followed by the iPad Pro with an A9X.

As an iterative update, it also makes sense that this could be going downmarket. Keeping the same general design allows Apple to cost-save and exploit economies of scale. Not changing the design also means the Smart Keyboard and Apple Pencil accessories should continue to work as is, without needing to be redesigned or updated.

As a smaller-scale hardware announcement, it would also be perfectly suited to announce via an Apple press release, potentially sometime next week, rather than requiring the ceremony of a full Apple event — which many are expecting but is yet to be announced.