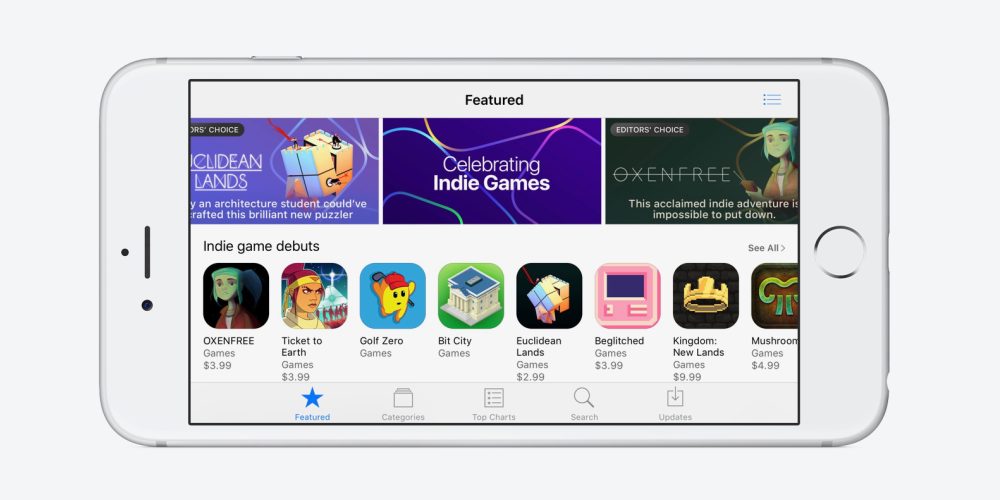 Apple has been highlighting loads of iOS games created by independent developers this week on the App Store. The promotion includes a special section at the top of the App Store where new apps and updates are usually promoted, several new indie game launches, and even discounts on a handful of popular indie titles.

Apple first kicked off the App Store promotion last week and has promoted seven new indie game launches so far. The special collections, discounts, and new title launches will continue through the start of next week.

Apple says it is specifically highlighting titles from “small, self-funded, and self-published teams” this week.

While there’s not yet a permanent category on the App Store for finding indie games, Apple has built a special collection of qualifying titles accessible from the front page this week or anytime at appstore.com/celebratingindiegames.

Discounted titles will be marked down to 99¢ through March 20 and include:

Here’s why you’ll love the indie games we have in store for you… https://t.co/M7fhi8kU4D pic.twitter.com/4Y3TMkQTth