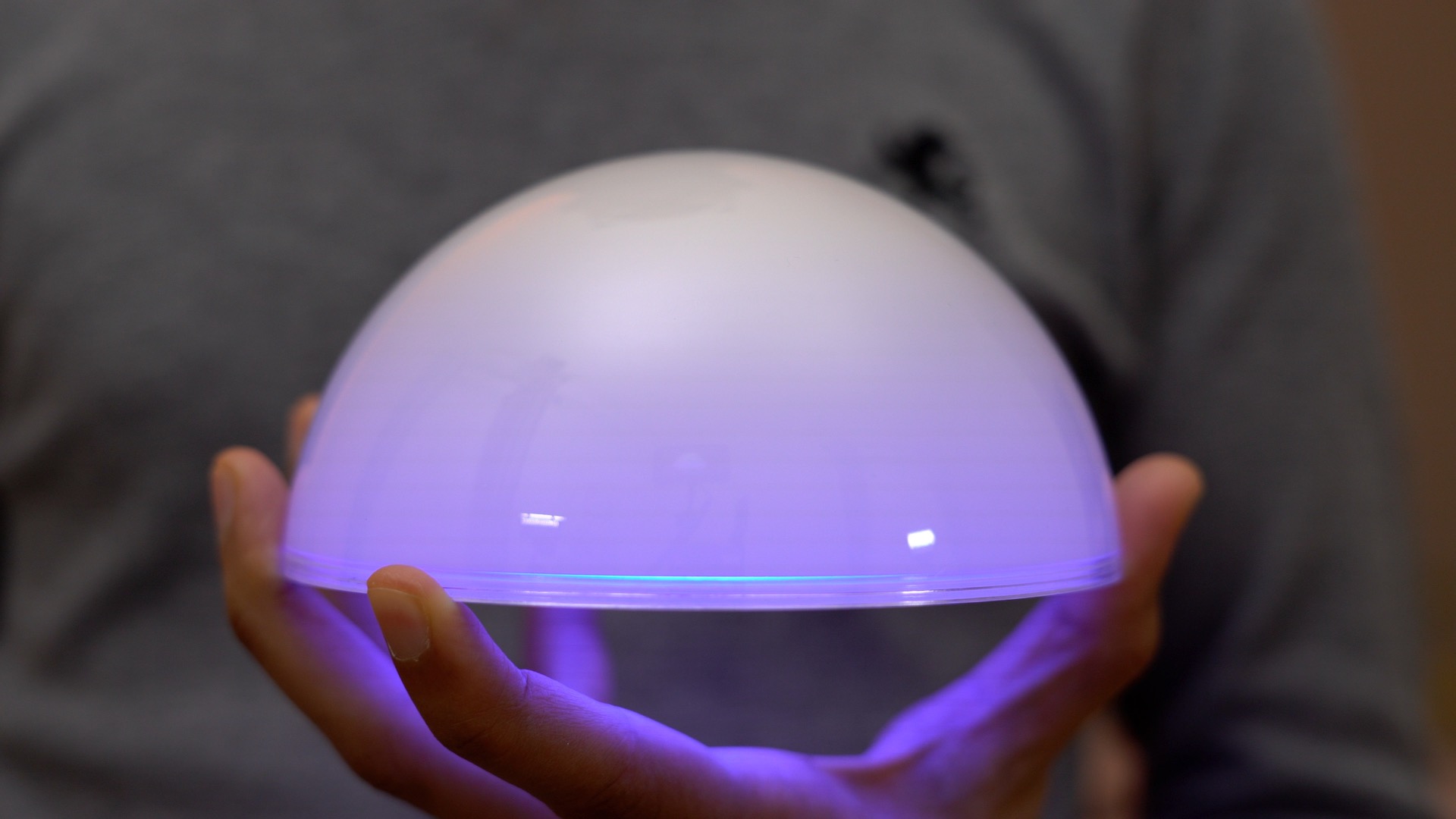 After going hands-on with the Philips Hue Lightstrip Plus, I was eager to try out other products in the Hue lineup. The Philips Hue Go seemed particularly intriguing thanks to its battery-powered portability.

The Go is an ~$80 portable light, the size of a small cantaloupe that’s been sliced in half. The unit can be stay on for 3 hours thanks to its built-in rechargeable battery, but can also be powered via a wall outlet.

Although the Hue Go comes bundled with 7 lighting presets, it really shines when combined with the Philips Hue Bridge. The Bridge isn’t a requirement to use the Go, but it does allow you to tap into the full potential of the product.

Should you consider adding the Philips Hue Go to your lighting repertoire? Have a look at our video walkthrough for my hands-on impressions and overview.

Hands on with the Philips Hue Go

The outer shell of the Philips Hue Go is comprised entirely of frosted white plastic that allows light to shine through. It’s a sphere that’s been sliced in half, although the flat part of the unit is slightly convex. 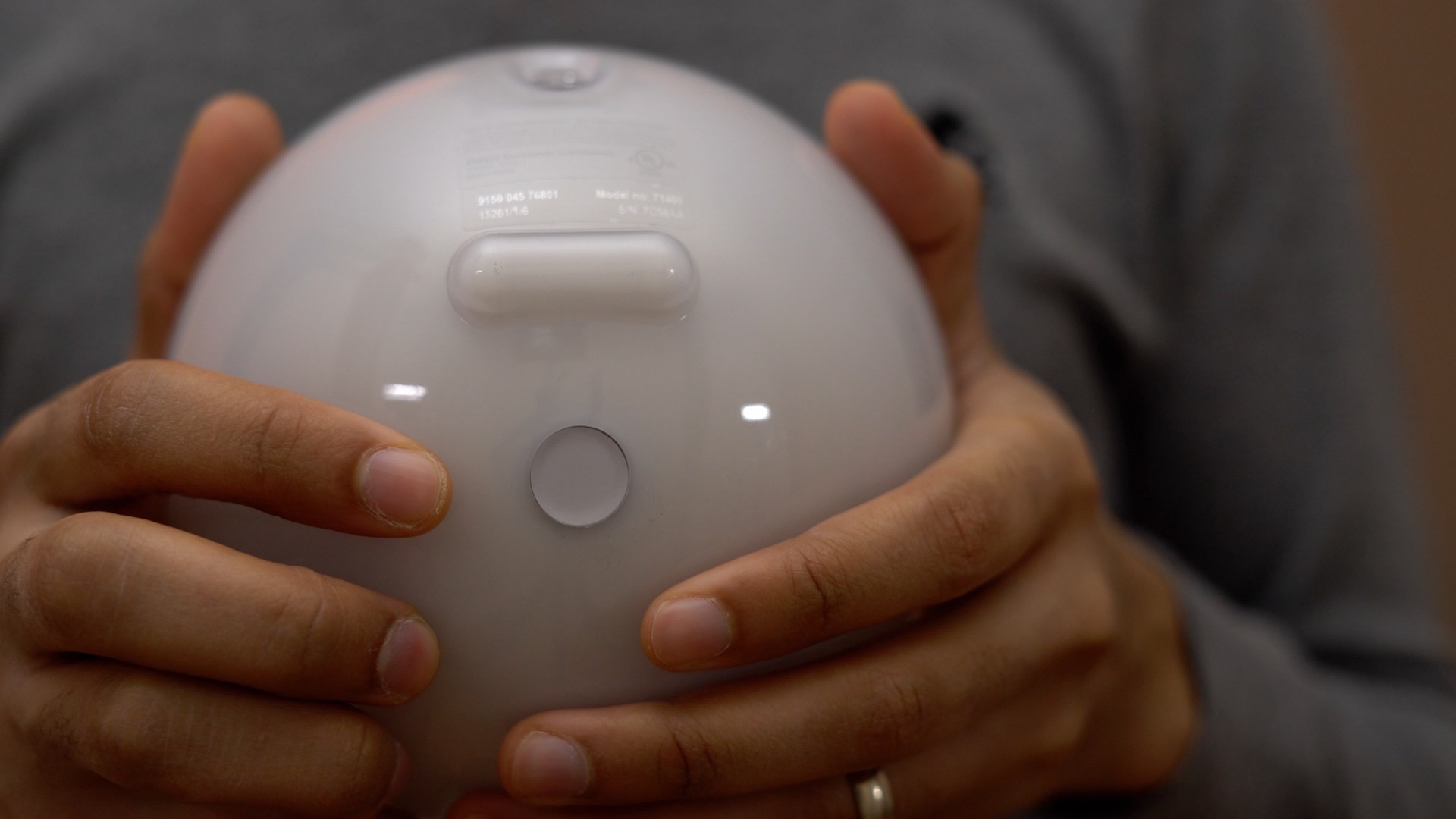 On the bottom of the unit you’ll find a physical button that serves as both a power button and a toggle for the light’s colors. Next to the button rests a protrusion that serves as a stand to assist with projecting light outwardly. Below the stand lies the 24V DC port for connecting the 6-foot power cable that comes bundled inside the box.

Build quality-wise, the Philips Hue Go seems decent enough. It’s not built to withstand drops or dings, but I’d feel totally fine taking it with me out on the deck or to the park. Philips notes that the unit can withstand high humidity settings, but it’s not water-resistant, so you may want to keep it away from the pool, from rain, etc. 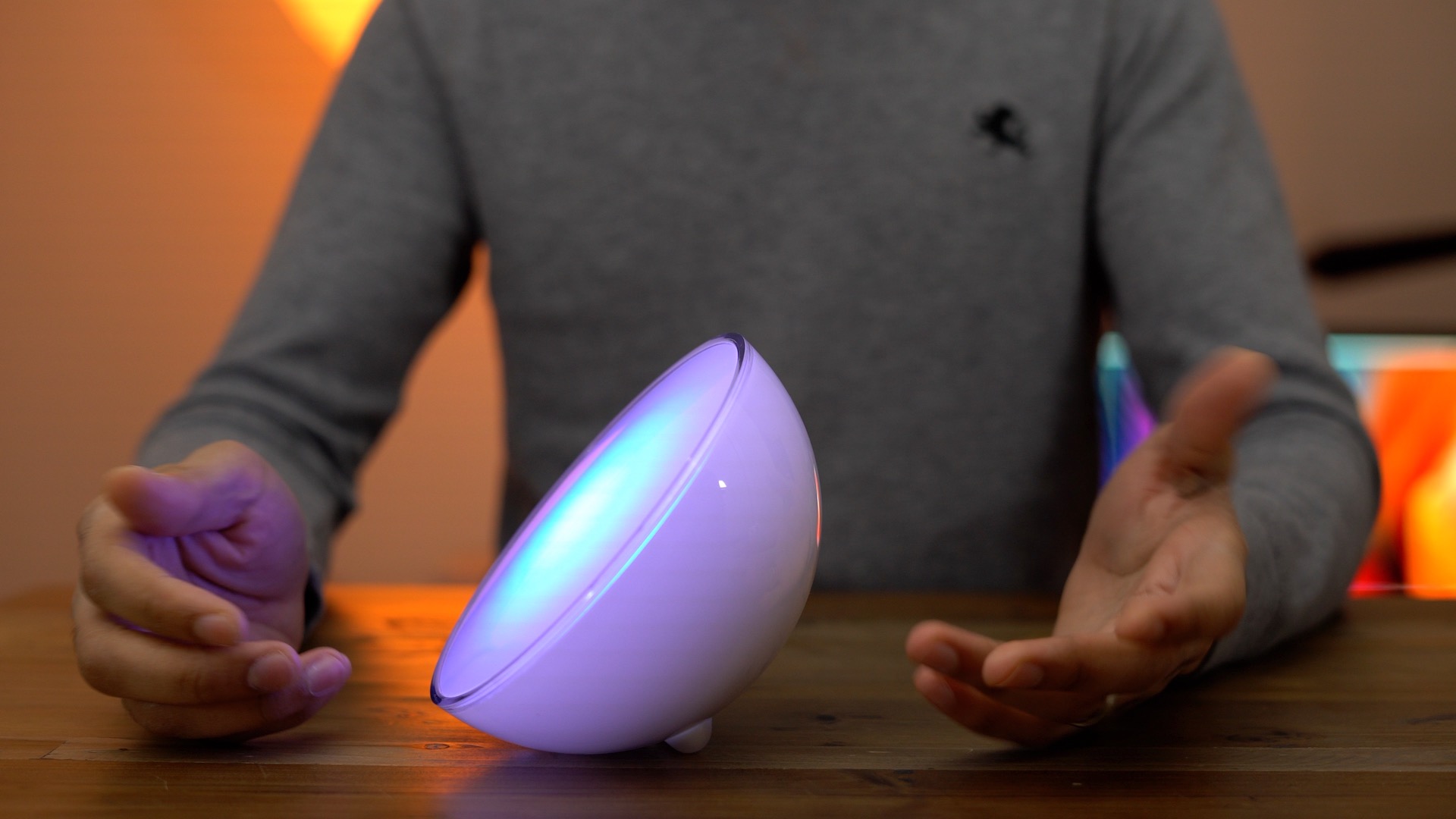 The Hue Go can be positioned like a bowl that projects light up, or you can use its stand to project light outwardly. The light can be used upright to add visual ambience to any room, or you can utilize the stand to paint light on walls. The beauty of the Go is that it’s flexible and portable. It’s sounds cliché, but the portability makes it so that you’re limited only by your imagination.

As mentioned, the Philips Hue Go can be used independently of the Philips Hue Bridge. This is an important feature, especially when you consider the wireless nature of the device. The Go comes bundled with 7 different lighting presets that can be cycled through by pressing the button on the bottom of the unit.

Users can also customize the light emitted from the Go by double pressing and holding the physical button. Doing so will cause the light to cycle through a variety of colors. Once the unit lands on a color of your liking, simply release the button. 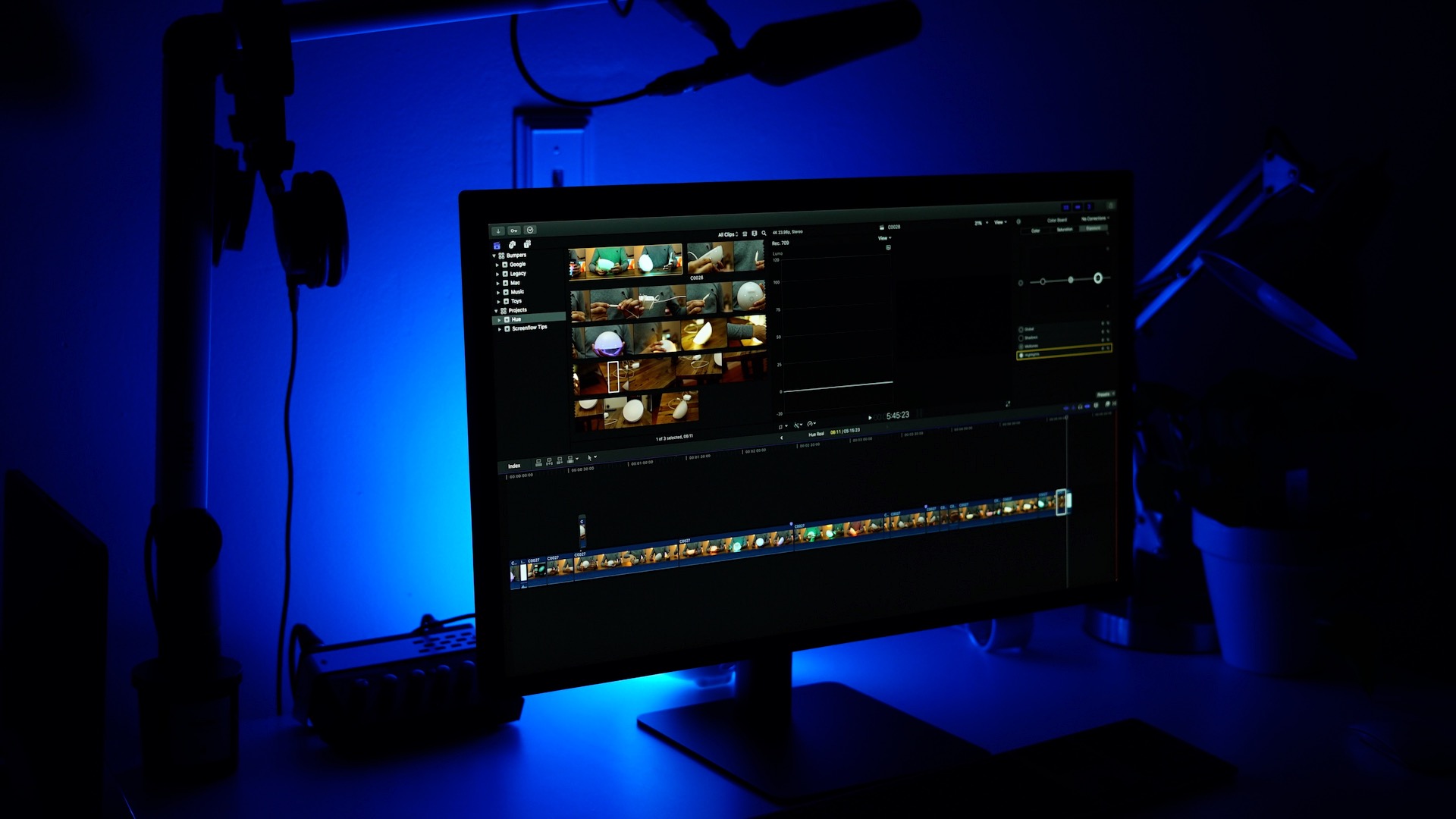 Painting my wall with light (running on battery)

If you decide to run on battery for maximum portability, you’ll find that the Hue Go’s brightness maxes out at 40%, which is still quite bright. For full 100% brightness you’ll need to connect to a power outlet. Fortunately the Go comes bundled with a power cable that’s long enough to allow for flexible placement around the house.

Using it with the Philips Hue Bridge

To tap into the full potential of the Philips Hue Go, you’ll need a Bridge connected to your local network. If you’re already knee-deep in the Philips Lighting ecosystem, then chances are you already have a Bridge. However, if this is your first Hue product, buying the $60 bridge adds a moderate amount of money to the overall cost of your investment. 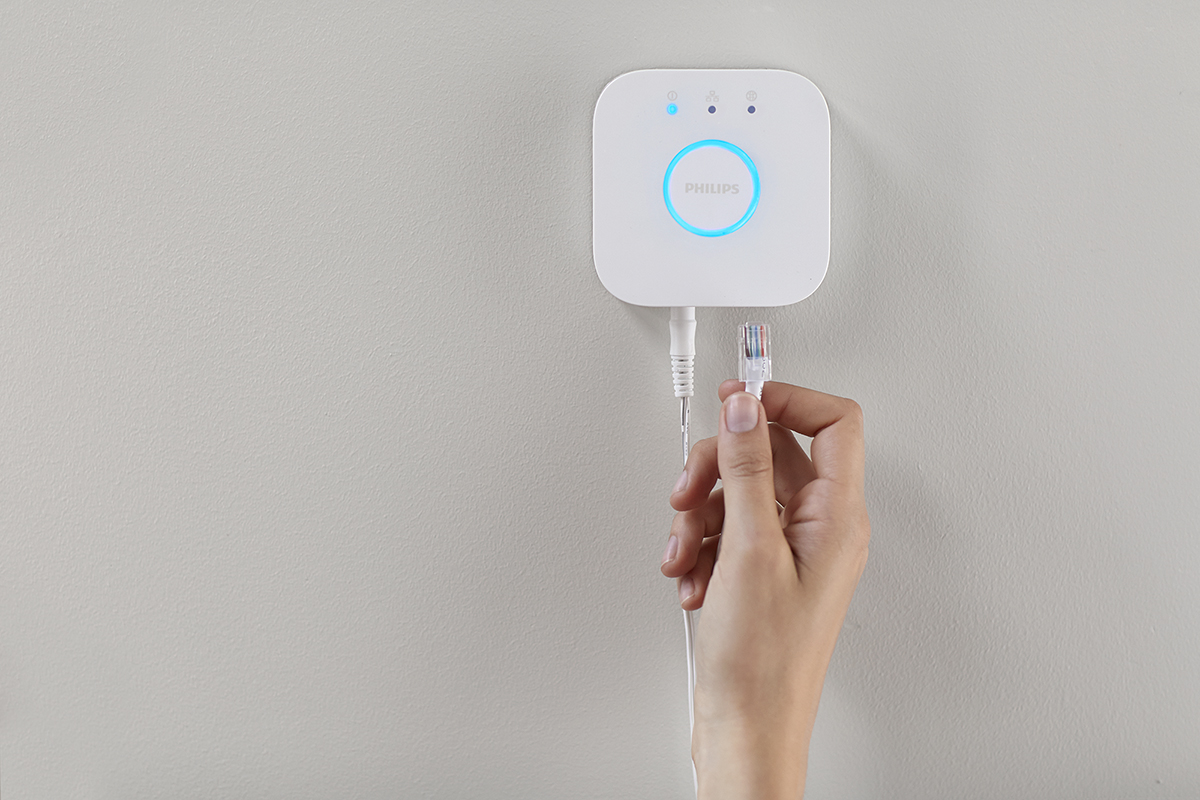 The app unlocks access to the entire range of color options for your Hue lights. Instead of having to tediously cycle through colors by pressing a physical button on the unit itself, the app allows for precise color selection and dimming. The Hue app also lets you set timers, notifications, alarms, and more.

When operating on battery, users can place the Go into standby mode by long pressing on the physical button for 2 seconds. Standby mode, which can last for up to two hours, turns off the light, yet keeps it available for communication with the Philips Hue Bridge. After two hours have elapsed, the unit powers off completely, and can only be only be turned on by physically pressing the power button.

By dropping power output while on battery, the Philips Hue Go can last for about three hours. However, when using the more power-hungry white light mode, I notched just over 2 hours and 20 minutes. 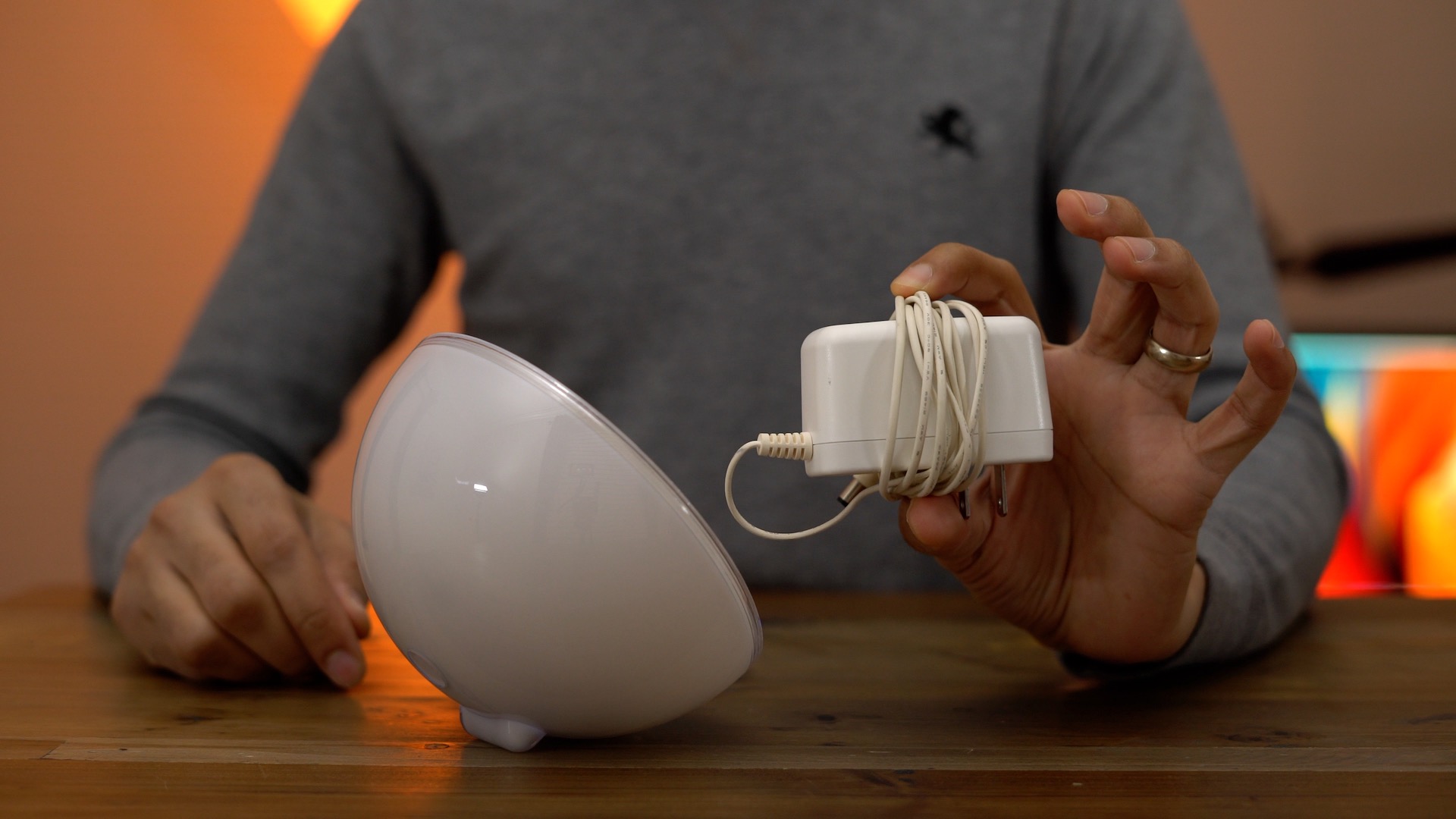 While connected to a power outlet, the unit is always available to the Philips Hue Bridge, which makes it possible to control it from the app, via Siri, or any other Hue-enabled app or service. Plugging the Hue Go in basically turns it into a standard Hue light that can be incorporated into your lighting setup like any other Hue light. 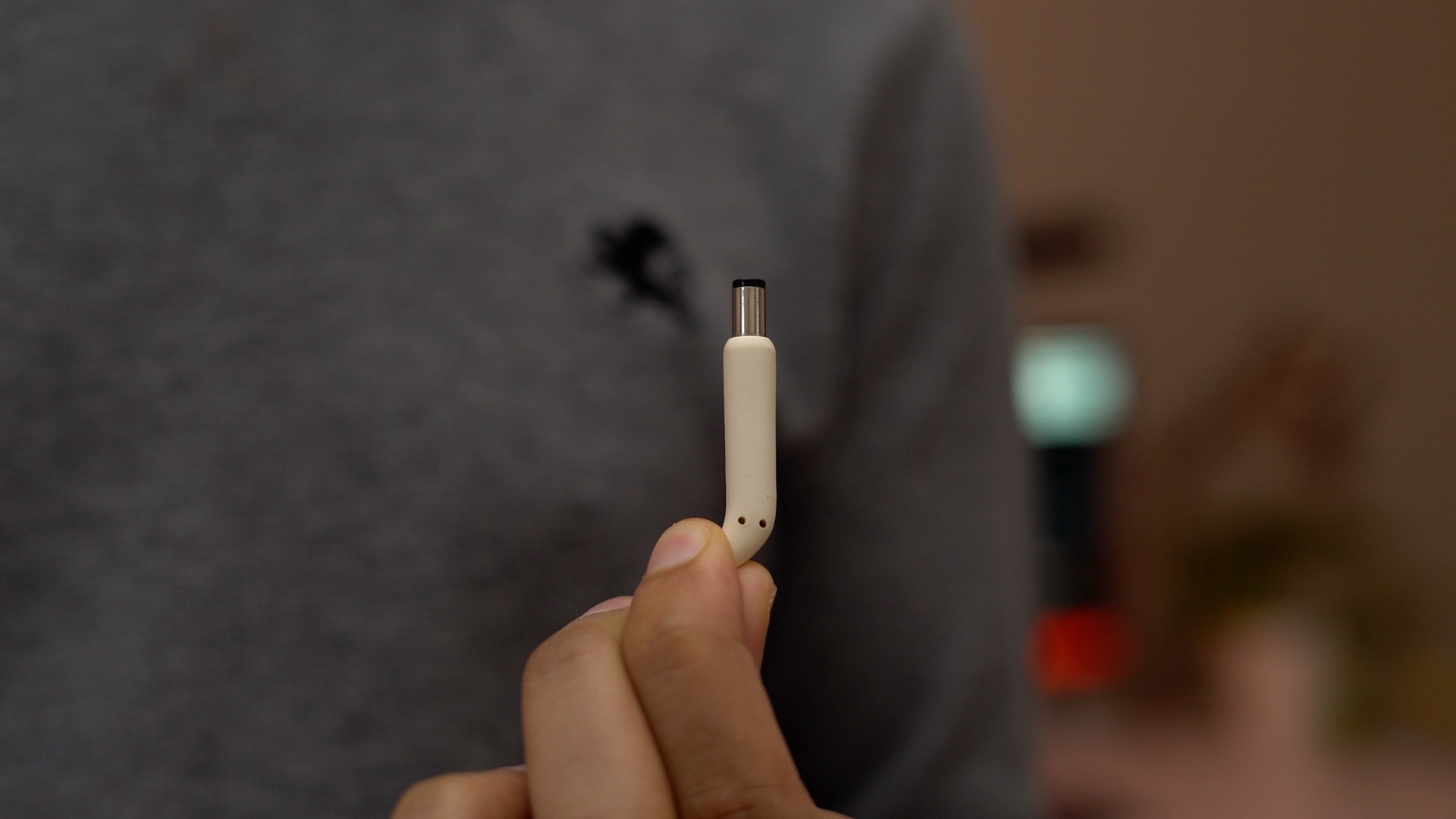 I’m not a fan of the barrel connector used to attach the power adapter to the Hue Go, as it’s difficult to remove from the unit once charging is complete, and seems like a potential point of failure. I also find it annoying that there’s no way to tell how much battery life remains.

The Philips Hue Go isn’t built to be a primary light, but it works well as a secondary portable light. It doesn’t feature the needed battery stamina for long periods of usage away from the power outlet, but it’s good for using around the house, out on the deck, at the park, etc. 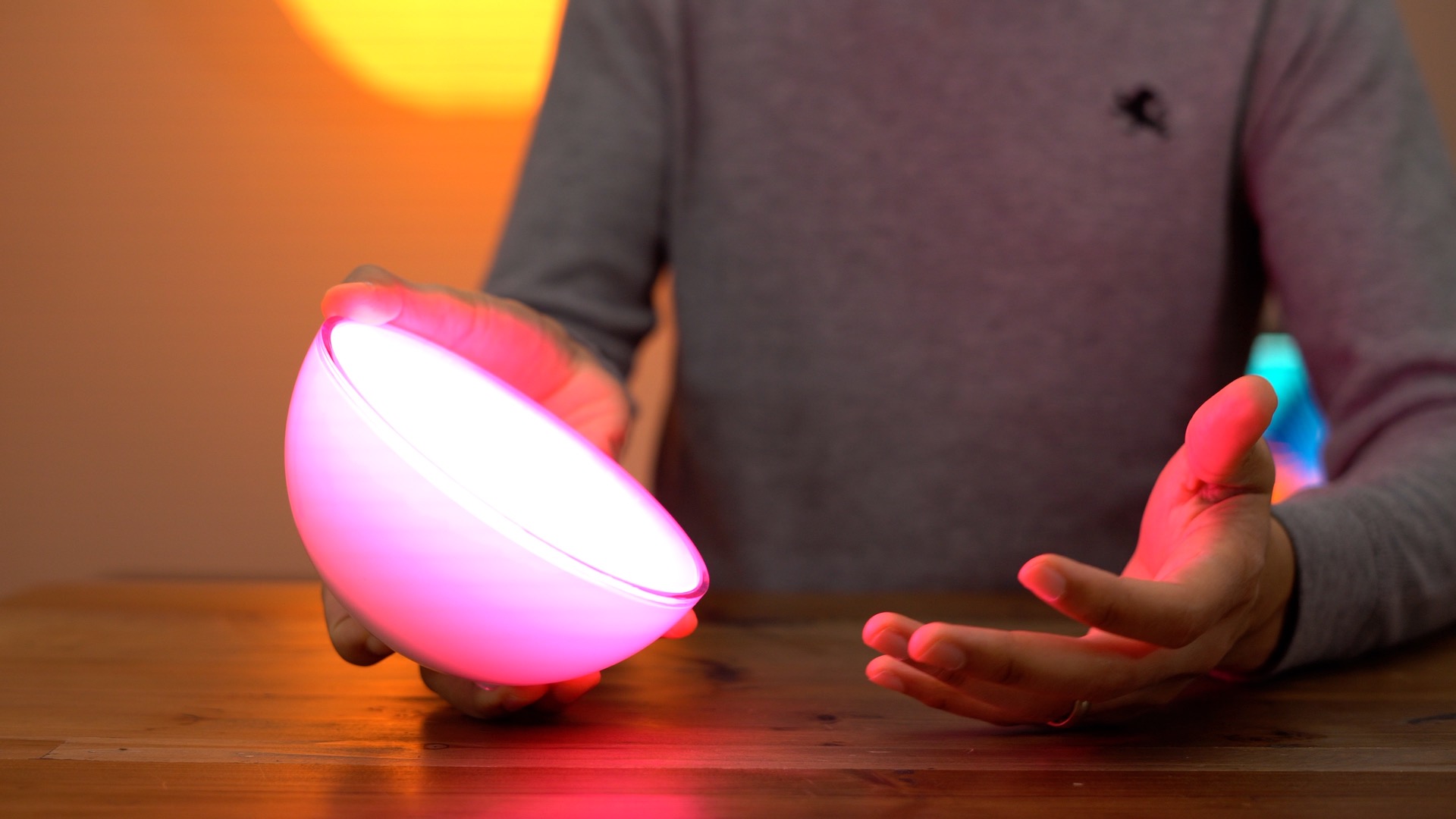 To get the most out of the Philips Hue Go, you’ll need to pair it with a Bridge, which bumps the price up significantly. However, it’s totally possible to use the Hue Go as a standalone light by taking advantage of the preset themes, and the ability to adjust the colors manually using the hardware button. 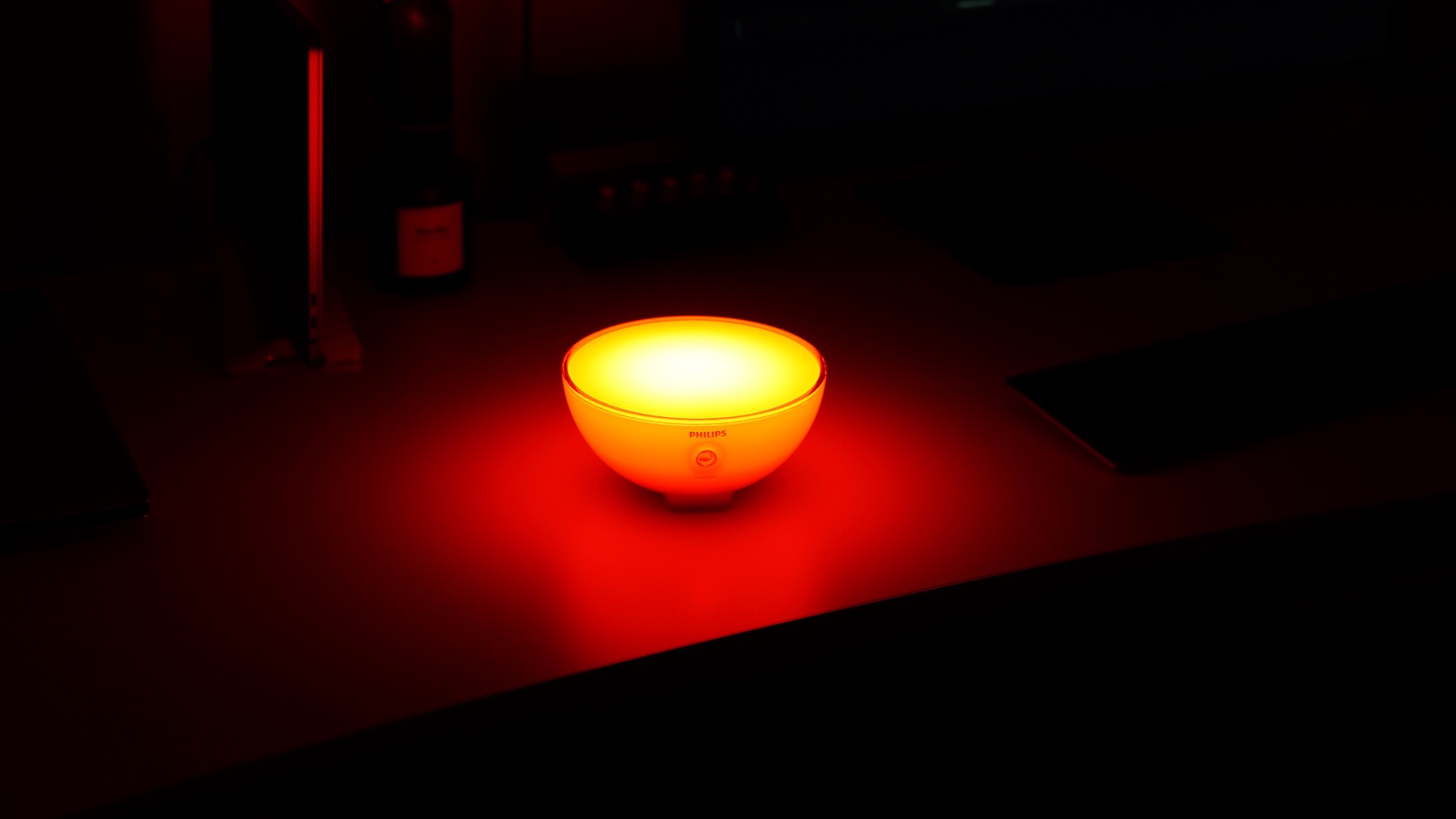 At around $80, the Hue Go isn’t cheap, but Hue products have always been rather pricey, and you’re paying for the flexibility afforded by the unit’s built-in battery.  Do you use any smart lighting products? Would you consider adopting the Philips Hue Go?