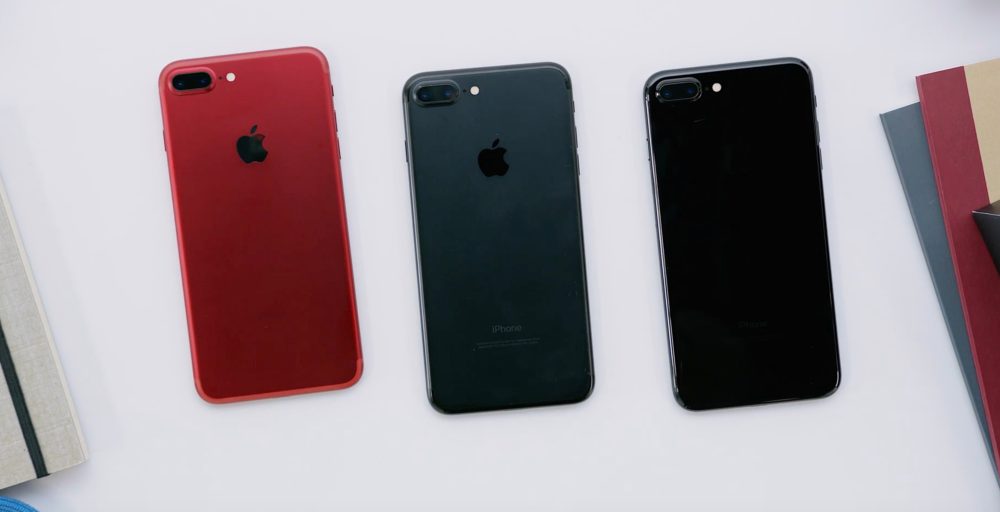 Earlier today, Apple officially unveiled its new PRODUCT(RED) iPhone 7 and iPhone 7 Plus. After being rumored for several months, Apple confirmed the device’s existence and announced the continuation of its (RED) partnership.

Now, YouTuber Marques Brownlee, or MKBHD, has gotten his hands on the new red-colored iPhone 7 Plus and put it through the full unboxing and first-look treatment…

As you can see in the video below, most of the unboxing experience is the same with the (RED) iPhone 7 Plus as it is with any of the standard models. What you do get, however, is a PRODUCT(RED) insert that offers a few details on Apple’s charity work with the foundation and encourages users to visit the website:

In partnership with (RED), Apple will contribute a portion of your iPhone purchase to the Global Fund to support HIV/AIDS programs and help deliver an AIDS-free generation. Learn more or donate at www.RED.org.

Throughout the video, MKBHD notes of the sleek anodized aluminum finish, also pointing out that the red color choice means the device likely won’t show fingerprints as notably as Apple’s other color choices do.

MKBHD also compared the red iPhone 7 Plus to Apple’s other matte black and Jet Black color options, which can be seen in the image above. All in all, I think the red looks pretty sharp.

Like many, however, Brownlee pointed out the odd choice of a white front bezel design, as opposed to black. Earlier today, we shared concept images imagining a (RED) iPhone 7 with a black bezel design.  Brownlee, however, also noted that Apple could have made the Touch ID ring red as well, for an even closer attention to detail.

For those unfamiliar, Apple’s partnership with (RED) sees the company donate a portion of sales to the foundation to promote HIV/AIDS research. Apple noted in its press release this morning that its partnership with (RED) has seen it contribute more than $130 million. That number makes it the world’s largest corporate donor to the Global Fund.

What do you think of Apple’s new PRODUCT(RED) iPhone 7 and iPhone 7 Plus? Check out MKBHD’s video below and let us know your thoughts down in the comments.