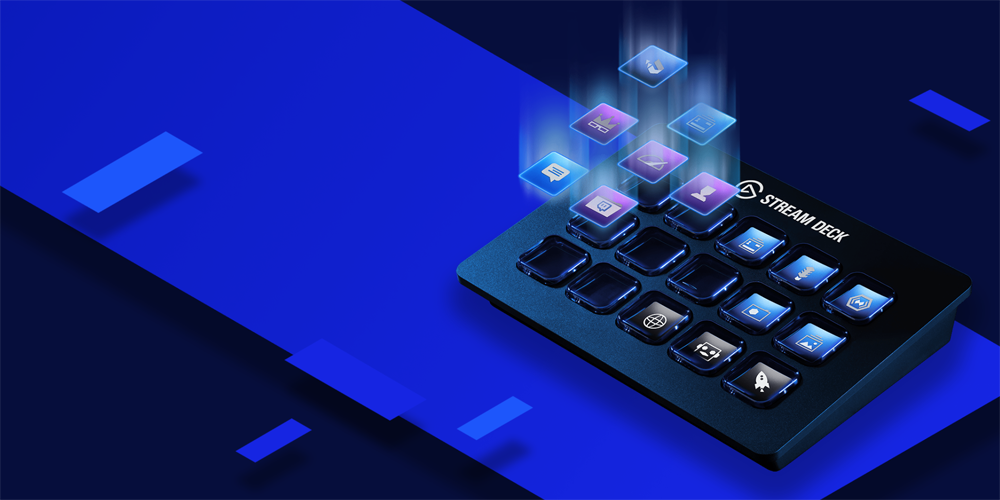 If you’re a YouTube creator or a gamer who likes to livestream your play, Elgato has an interesting-looking gadget on the way. It provides a hardware keypad much like the ones used in broadcast TV studios, allowing you to instantly call up anything from starting or stopping a Twitch stream to dropping in intro and outro graphics …

You get 15 LCD keys which the companion app allows you to customize with drag-and-drop functionality, providing access to up to 210 actions.

One-touch, tactile operation lets you switch scenes, launch media, adjust audio and more, while visual feedback confirms your every command. Traditionally this level of control was exclusive to mainstream entertainment broadcasters. Now, it’s at your fingertips.

Customizing Stream deck is effortless. Simply drag and drop actions onto keys, and you’re good to go. Likewise, drag and hold one key over another to create a folder. Better yet, assign your keys custom icons to make them completely your own.

Elgato says the Stream Deck is compatible with any Mac running macOS 10.11 or later, and that it ‘automatically detects your scenes, media, and audio sources, enabling you to control them with a quick tap of a key.’

The device costs $149.95 and is available for pre-order now for shipping on May 15. We’ve tried some of the company’s other kit, including HomeKit-compatible motion sensor and plug sockets, and will be aiming to take a look at this once it’s available.