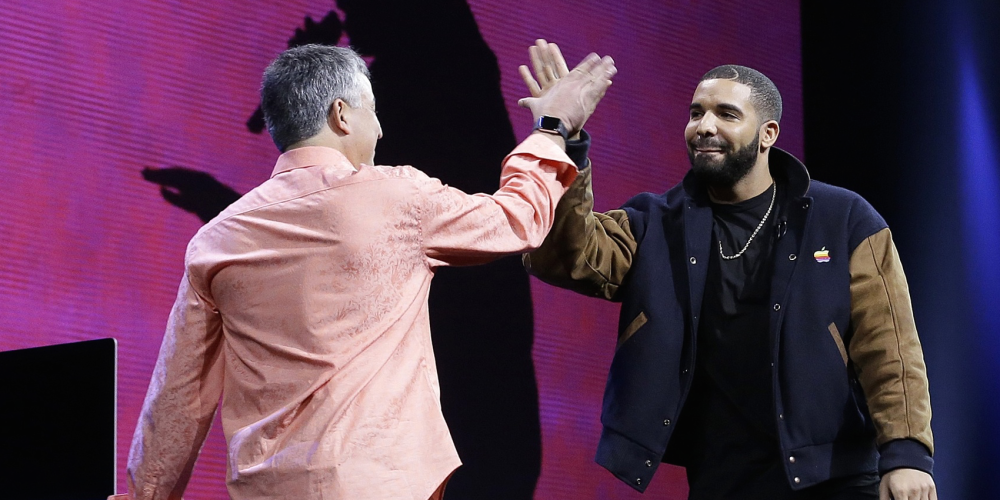 Last week, it was reported that Drake’s latest project was streamed 89.9 million times in its first 24 hours of availability on Apple Music, a number that bested Spotify by nearly 30 million despite Spotify’s larger user base.

Now, Apple Music executives Jimmy Iovine, Robert Kondrk, and Zane Lowe have sat down with The Verge to offer up more details on Apple’s work with Drake, as well as Beats 1 as a whole.

Apple VP of apps and content Robert Kondrk and Apple Music head of content Larry Jackson explained to The Verge that Beats 1 has basically replaced SoundCloud for Drake. The rapper has gone from releasing singles through SoundCloud to debuting them through his weekly Beats 1 show, “OVO Sound Radio.”

Jackson says that Drake very much took a chance on Apple Music. “We weren’t a proven hit, we weren’t a proven entity at all, whatsoever,” he explained. Jimmy Iovine added that Apple has worked to build Beats 1 around what Drake wants and needs:

The Apple Music executives also offered up some information on Beats 1’s scope and reach. Iovine explained that the numbers he saw on Drake’s radio show were “TV numbers,” noting last weekend’s episode where “More Life” was debuted marked the most listened to Beats 1 show to date.

Furthermore, Larry Jackson stated that Beats 1 is the “biggest radio station in the world.” Jackson’s comment is notable as many have questioned the success of the always-on Beats 1 streaming platform as Apple has been reluctant to provide concrete listener data.

“It’s the biggest radio station in the world. There’s no way you’re going to find another station that has as many concurrent listeners and audience-wise as Beats 1, period,” Jackson said.

The full piece can be read on The Verge. The success of Beats 1 in streaming exclusive content is interesting and could potentially mark a different way for Apple to handle all of its exclusive content deals in the future, if it indeed is betting big on Beats 1. Read our roundup of what’s next for Beats 1 and Apple Music here.