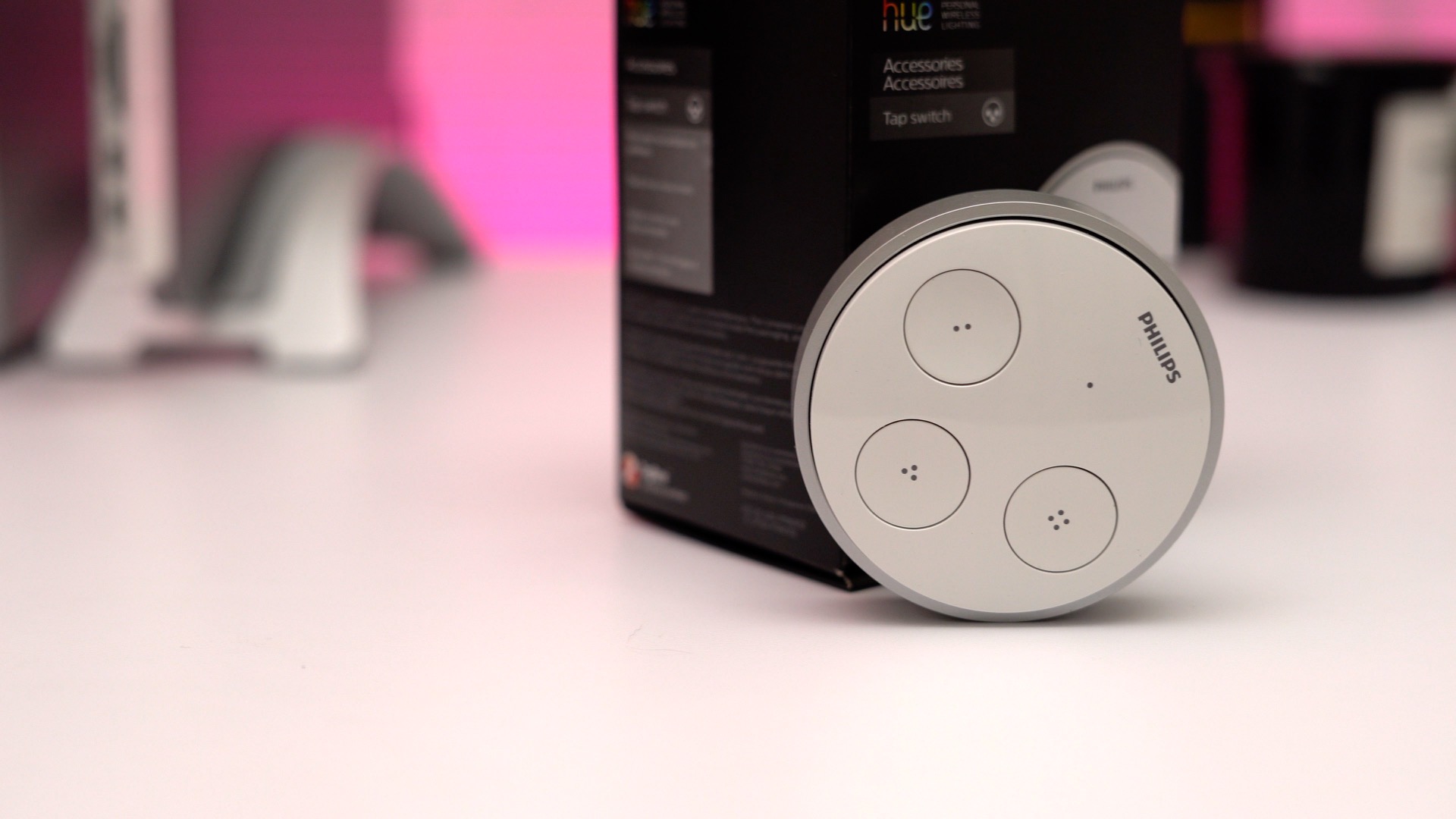 As I continue to go hands-on with more products in the Philips Hue family, I have to say that the Philips Hue Tap is one that caught me by surprise. This is a device that allows you to control your Philips Hue lights using physical buttons, sort of like a traditional light switch, which to me sounded archaic and like the opposite of progress.

Yet, after trying the Hue Tap, I found it to be a convenient compliment to controlling lights from my iPhone or via Siri. The Philips Hue Tap is wireless, pairs easily, can be mounted anywhere, and is powered, not by batteries, but by your touch. Have a look at our brief hands-on video for more details.

The Philips Hue Tap is a circular device that measures 2.95 inches in diameter, 0.98 inches in height, and weighs just over 3 ounces. On the back of the unit is a removable plate that features 3M adhesive tape. You can easily mount the Tap in any location using the adhesive or remove the plate and use screws instead.

The great thing about the Hue Tap is that it’s completely wireless. Not only is it wireless in the sense that it doesn’t have to be connected to your Home network via a cable, but it’s also completely wireless from a power sense. In fact, the Hue Tap doesn’t even use batteries to garner power. Instead, it utilizes kinetic energy gained through button clicks on the unit itself. Philips says that the Hue Tap is good for 50,000 clicks, so even if you clicked the Tap 10 times a day, every day, that’s still over 13 years of usage.

To utilize the Tap, you’ll need a Philips Hue Bridge connected to your router. From there it’s just a matter of launching the Hue app, and going to Settings → Accessory Setup to add the Tap to your network. 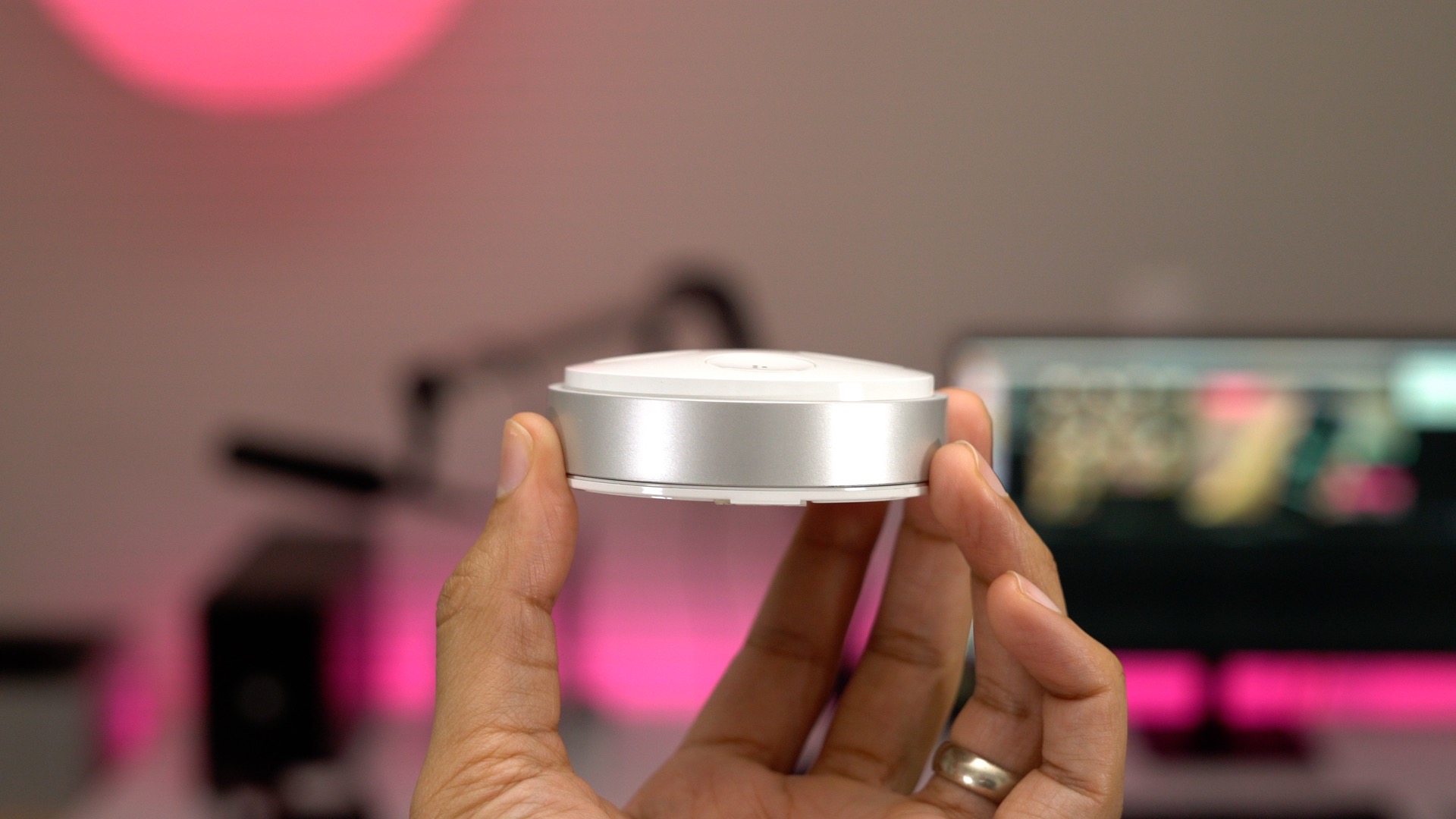 After the Tap has been added, you can configure each of the unit’s four buttons to activate scenes or turn off lights.You can use scenes that Philips has already setup, or custom scenes that you’ve created yourself. Each button can be individually configured to work across your entire home, or you can configure a button press to control up to three individual rooms. 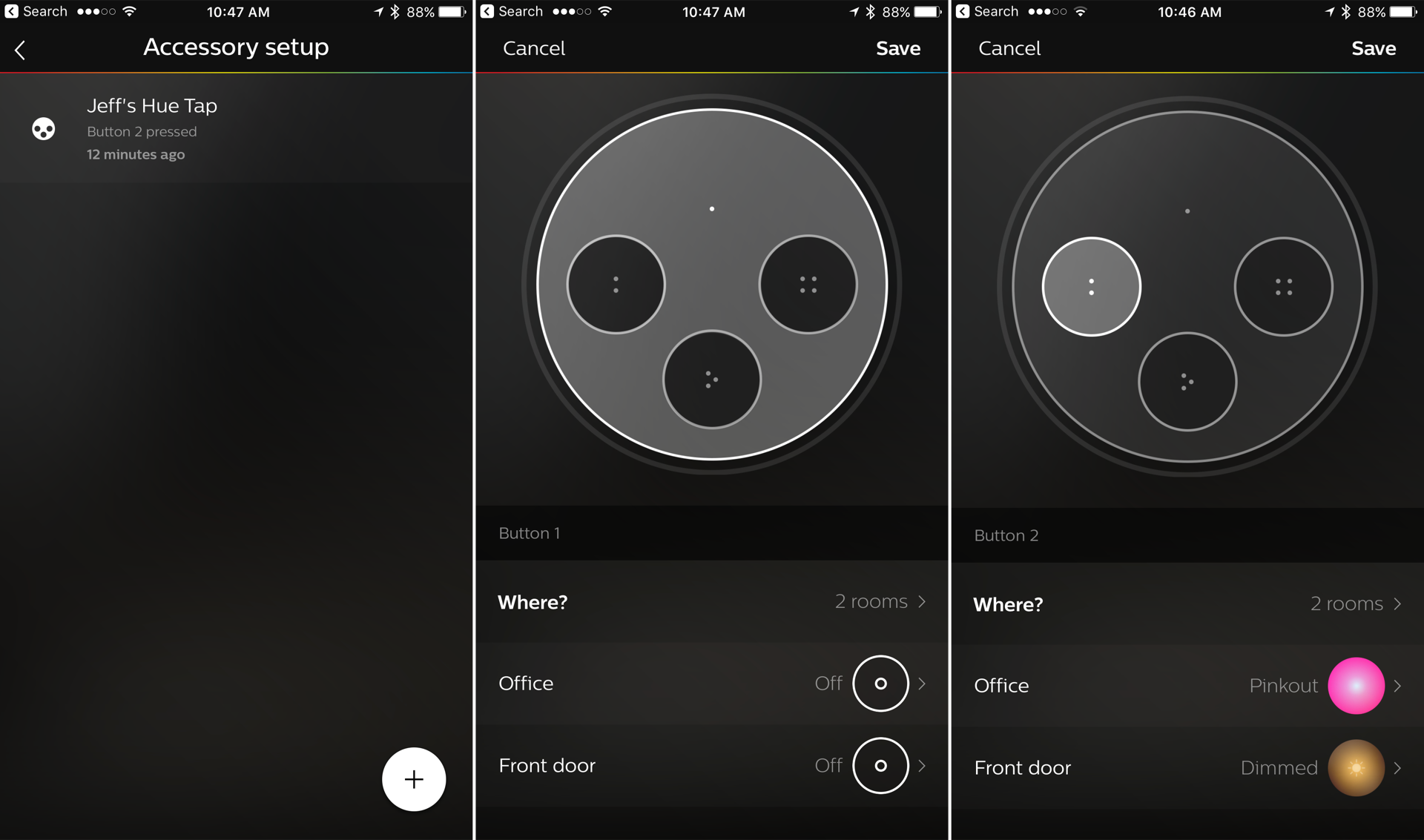 All of this is achievable with a single click on the Philips Hue Tap. And remember, you can set up each button on the Tap to enable an action. You can also have multiple Taps configured with your setup for even more control. 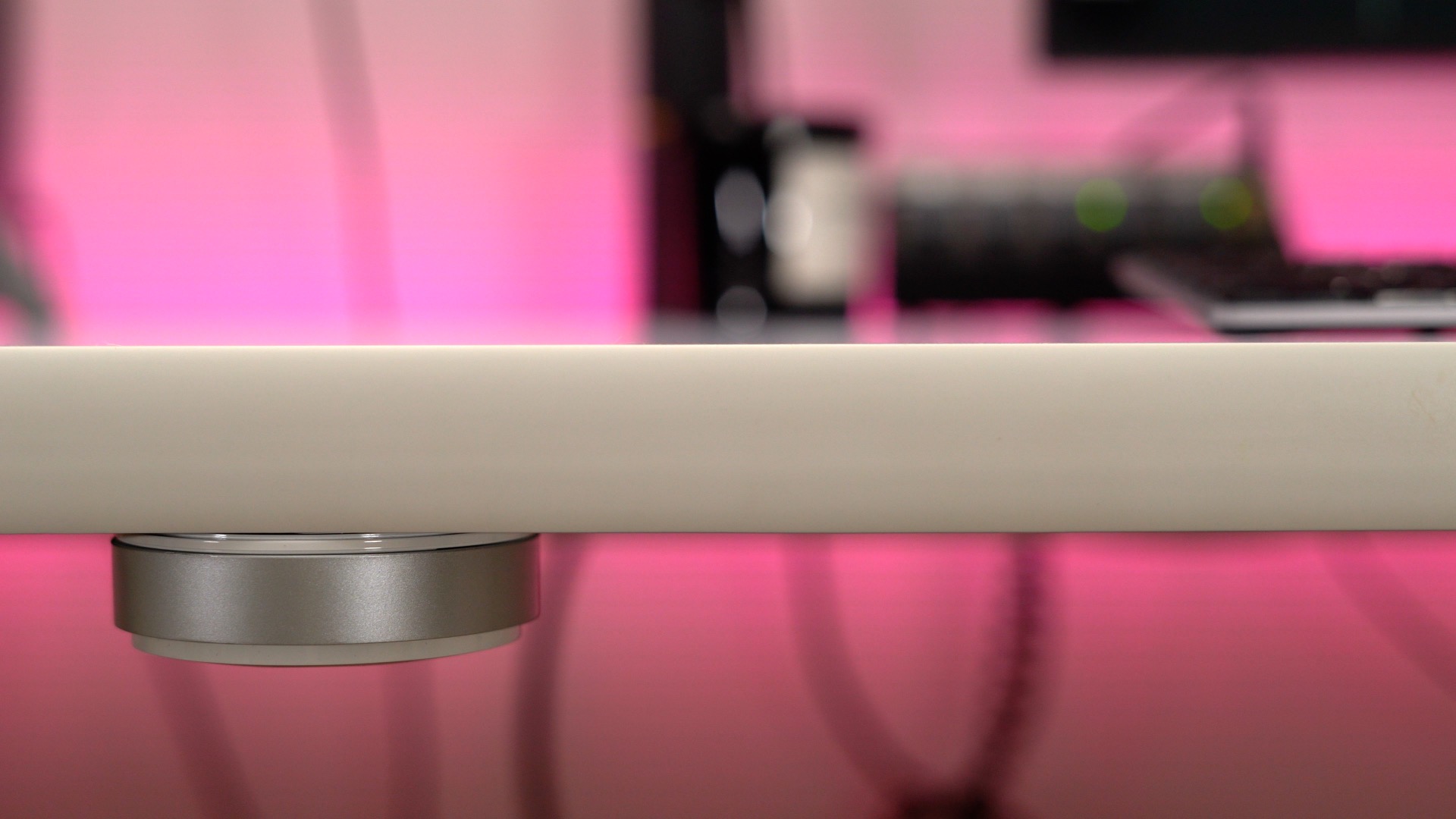 The $50 Philips Hue Tap (also available from B&H) won’t be for everyone, particularly those people who are disgusted with the thought of using a physical button to control their home automation, but I find it to be quite convenient. I’ve been trying the Hue Tap for the last week in my office, covertly mounted under my standing desk, and I like it for being able to quickly turn on my lights and adjust to specific scenes via a physical button press.

While having a physical switch might seem like a step back from using the iOS Home app or Siri, the Hue Tap is a valuable accessory for those invested in the Philips Hue lighting system. It’s a reliable light switch that can be mounted anywhere, doesn’t require power, and is user customizable.

What do you think? Would you consider controlling your automated lighting with a physical switch? Sound off in the comments with your thoughts.