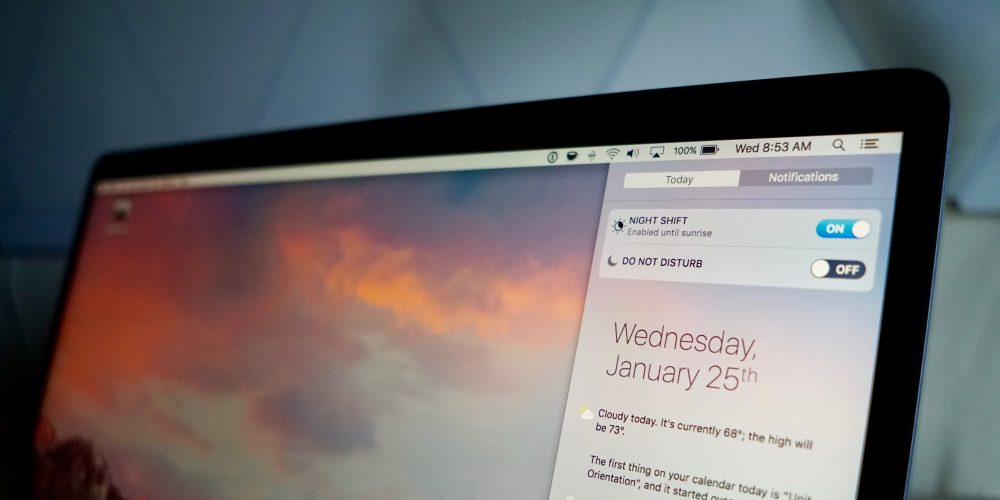 Released yesterday with the macOS 10.12.4 update, Apple’s Night Shift may not be having the impact on your display that it aims to. In a new post shared on f.lux’s forum, a member of the team broke down why f.lux may be the better option over Apple’s similar offering. Both systems set out to enhance your sleep cycle by reducing blue light appearances on-screen, but f.lux may be the option that truly succeeds.

Night Shift is Apple’s answer to the f.lux app. The general idea behind both systems is to alter the colors your display is outputting. Specifically, lowering the output of blue light from a digital display to help make it easier for your body to fall back into a natural circadian rhythm.

While at first glance it appeared Apple’s take on adjusting the display’s color and lighting would ‘sherlock‘ f.lux, that doesn’t appear to be the case. In the post shared today, a member of the f.lux team shared some data to show why.

Studies have shown that exposure to bright blue light in the evening can affect your circadian rhythms and make it harder to fall asleep. Night Shift uses your computer’s clock and geolocation to determine when it’s sunset in your location. It then automatically shifts the colors in your display to the warmer end of the spectrum. In the morning it returns the display to its regular settings.

In Night Shift’s version of color adjustment, there is still a significant amount of blue light present. This looks different to f.lux’s own implementation which brings down the blue light levels dramatically.

Our circadian system is actually not reacting to small changes in “color”. Instead, it is mostly reacting to the “amount” of light. Our eyes are extremely good at distinguishing little shades of color from each other, but this is a different system than the one that drives circadian rhythms.

The entire post is worth a read to learn more from the team that has spent the past few years getting their software just right.

With this new information in mind, are you dropping f.lux in favor of Night Shift?