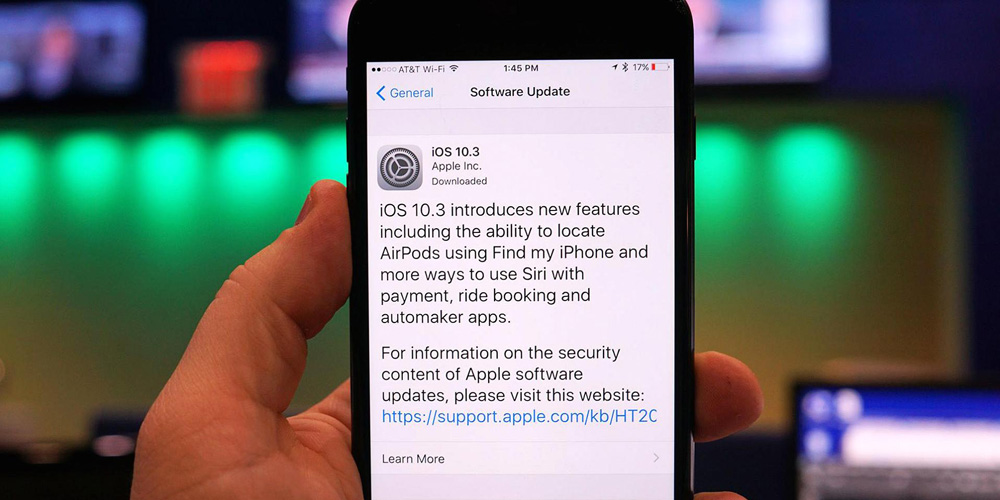 There are quite a few new features in iOS 10.3, from security fixes through Find My AirPods through the ability for app developers to reply to reviews. Renaud Lienhart – until recently, an Apple engineer working on iOS – shared one more than isn’t visually noticeable, but should make devices feel a little faster.

iOS 10.3 feels “snappier” because many animations were slightly tweaked & shortened, for the better.

Apple may have good reason for the change …

The Verge suspects this could be an attempt to deal with the issues with animations documented by Chris Pirillo. He reported frame-drops, skips and other issues that sometimes caused animations to fall short of the smooth movements they are intended to deliver.

While the end result may be faster, a major change introduced in iOS 10.3 means that installation takes longer than usual.

The switch to Apple’s new file system, APFS, is one of those under-the-hood changes that only gets a bullet-point in most update lists, but is actually a huge deal. It replaces HFS+, a variant on a file system that has been used on Macs for 30 years.

While most of the differences will be largely invisible to users, the update involves a significant amount of changes to the way data is store on your devices, and that takes time. This is the reason that updating to iOS 10.3 takes longer than normal, as MacWorld writer David Sparks noted.