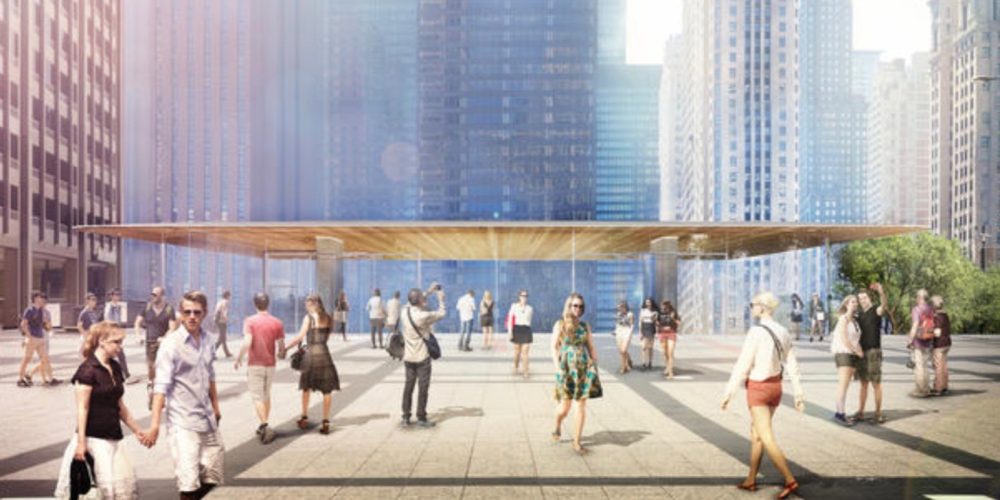 We’ve known for a while now that Apple is planning a new flagship waterfront retail store along the Chicago River, and now Apple has shared a new render of what the location will look like after construction wraps up. We also get a look at progress at the site with a new video walkthrough this week.

Apple was granted approval for the project back in November 2015, and 9to5Mac reported that demolition of the previous site and new construction for the upcoming flagship Apple Store was underway last December.

Today the Chicago Tribune has the latest renderings from Apple of what the upcoming retail space is expected to look like when the project is complete. The photo at the top shows the street level view of the glass structure with a massive rooftop centered in an open public space.

Foster + Partners, the same firm behind the new Apple Park campus design, is also responsible for what the Tribune says is a $27 million project, although the store still has no target opening date.

New photos included in the report do show further progress since we last checked in including the curved glass edges in place and the roof being installed this week. The Tribune even says construction workers signed the final support beam used for the new Apple Store.

Compare the on-the-ground progress to Apple’s latest vision for the upcoming Apple Store:

NBC also got an exclusive video walkthrough of the site this week with Foster + Partners: 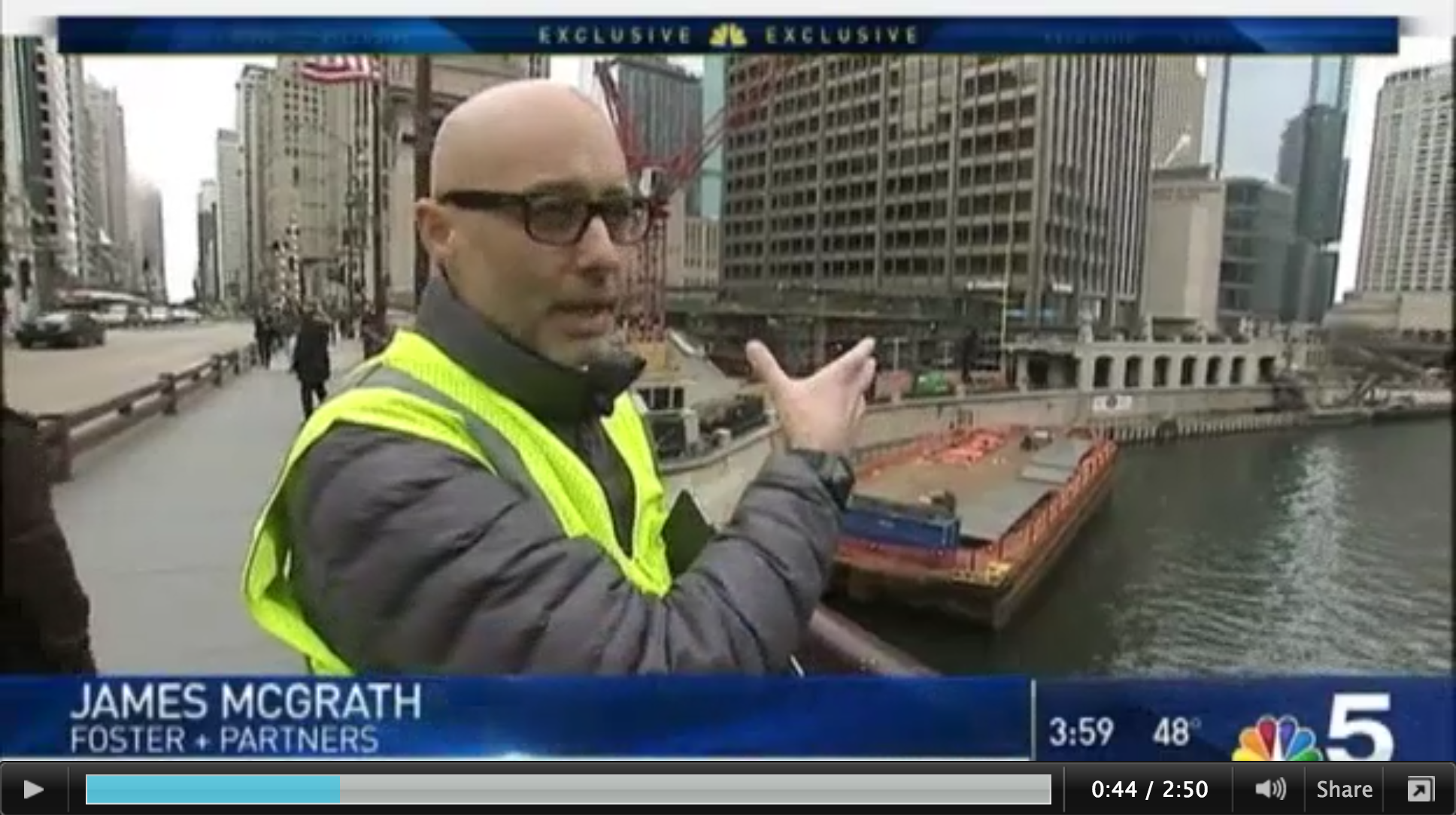