Comment: I don’t believe Apple is dumb enough to move the Touch ID sensor to the back 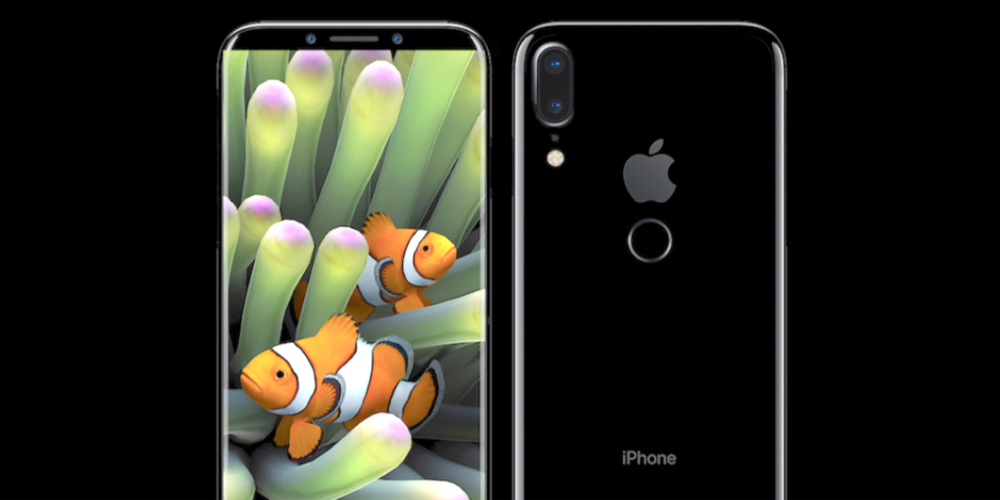 The iPhone 8 reports to date mostly point to Apple embedding the Home button and a new type of fingerprint sensor into the display itself, as a way to lose most of the ‘chin’ of the device. Today, however, the sketchiest of reports suggests that the company will instead move the existing Touch ID sensor to the rear of the phone.

The report mixes this in with a raft of things we’ve heard before. Glass backs, vertical cameras (which would be horizontal when used in the more common landscape mode) and iPhone Edition naming are all things that have been reported previously. So while iDropNews would like us to believe that its unspecified ‘insider’ has revealed a whole bunch of new things, the report is actually just a mish-mash of earlier rumors coupled to one piece of supposedly new information …

Now, to be fair, we can’t dismiss the idea out of hand. A fingerprint sensor on the rear of the camera is an approach taken by most Android smartphones. It’s a simple, low-tech way to eliminate a large chunk of surround from the screen to deliver that sexy near-bezel-free look that everyone seems to love.

But it strikes me as unlikely, for four reasons.

First, there have been multiple reports of the iPhone 8 having a fingerprint reader embedded into the display from more credible sources – Bloomberg, the WSJ and the New York Times among them. None of these sources are infallible, of course, but if you stack these up against a secondhand source from a blog without a proven track record, it’s easy math.

Second, Apple has clearly been working hard on developing embedded fingerprint technology. Now, it’s true that patents are a very poor guide to the company’s plans – it patents almost every idea under the sun, and very few of those ideas make it into actual products. But the sheer volume of those patents suggests its an idea in which the company has a particular interest.

Third, Apple is the ultimate PR machine. If there were persistent rumors about its flagship iPhone model introducing an exciting technological development, and the reality was instead a boring, low-tech approach used by pretty much every Android brand out there, it would want to dispel those rumors to avoid disappointment. It would be quietly tipping-off the usual suspects so that expectations are controlled. There’s been no sign of it doing so.

Finally, a rear fingerprint reader is a terrible usability experience. You have to pick up the phone to activate it. You have to grip your phone awkwardly. You have to feel around for the sensor, to put your finger in the right place. It’s awkward to use with multiple fingers. And cases need ugly holes in them to allow access – which completely eliminates some case designs, like ones with card slots in the rear.

It’s a truly awful approach. Face-recognition may be able to mitigate it, but if there’s a Touch ID sensor present at all, that’s an admission that the technology is needed at least as a fall-back. With Apple’s strong emphasis on usability, I just don’t believe it would be dumb enough to do this. It would honestly be better to keep the chin than to do this.

So that’s my view – what about yours? Please take part in our poll and share your reactions in the comments.