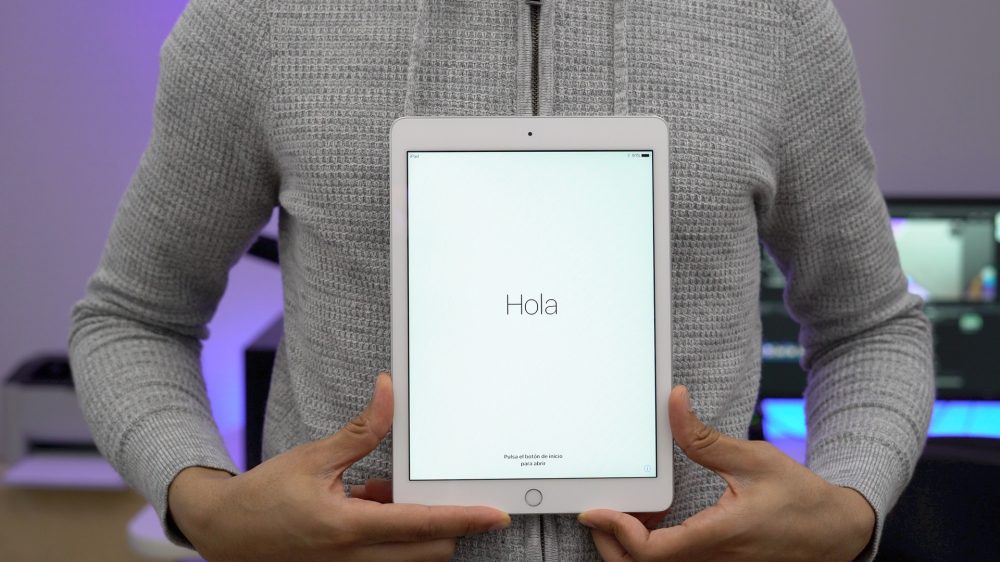 Earlier today, the folks at iFixit put Apple’s latest $329 iPad through the teardown process, noting of its similarities to the iPad Air 1. The repair team also, however, expressed doubts as to Apple’s claim that the device’s screen was brighter than that of previous generations.

Now, however, the iFixit team has put the new iPad through additional tests to further confirm or refute Apple’s brightness claim…

iFixit stated this evening on Twitter that after more tests, it can say that the new $329 iPad features a display that is 44 percent brighter than the iPad Air 1. As for how the screen compares to the iPad Air 2’s, things are still a bit muddled there and Apple hasn’t offered up any official details, but we can speculate.

One difference between the new iPad and the iPad Air 2 is the turn to an unfused display panel that the iPad Air 1 featured. Here’s what iFixit originally had to say regarding the $329 iPad display:

In Apple’s press release announcing the iPad 5, they told us it comes equipped with a “brighter 9.7-inch Retina display.” Our question is: brighter than what? It doesn’t look that different from the Air 1’s display. If they mean brighter than the Air 2, then that may simply be due to reverting to the unfused display design of the Air 1.

Apple has yet to comment on some of the display brightness speculations, but it originally touted that the new iPad features a “brighter 9.7-inch Retina display.” It’s still not explicitly clear as to what sort of improvements Apple made here, and it could be that the new iPad is brighter than the iPad Air 1 because of the return to the unfused display.

Of note, the iPad Air 2 display was somewhat dimmer than the iPad Air 1. As we noted in 2014, the anti-reflective coating used by the iPad Air 2 led to the display being around 8 percent dimmer and less efficient:

Apart from the anti-reflective features of the new iPad Air 2 display, however, DisplayMate says the display performs identical to the iPad 4 and “slightly lower in performance” than the first-generation iPad Air. In its tests it found the iPad Air 2 display to have 8% lower Brightness and 16% lower display Power Efficiency compared to the original iPad Air. The report speculates it’s likely a result of comprises with the backlight in order to produce a thinner device.

This means that in all likelihood, the new iPad’s display should be brighter than the iPad Air 2’s display, as well.

Read our breakdown of all of the differences between the new iPad and the iPad Air 2 here. Have you gotten your hands on the new iPad yet? If so, let us know what you think of it down in the comments and watch our hands-on below.

We put the new iPad through more tests: The display on the iPad 5 has ~44% greater luminance than the LCD in the Air 1.