Wishlist: Here are the things that we’d love to see with HomeKit 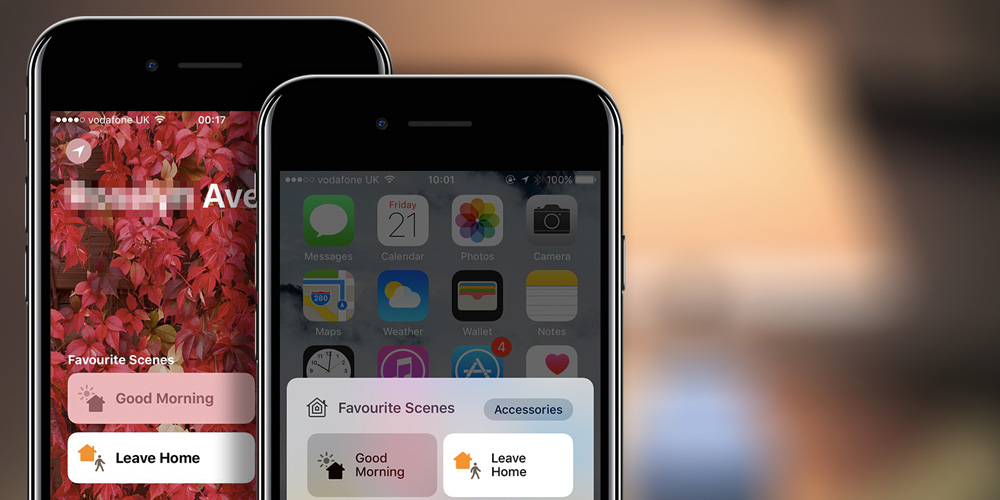 My Smart Home Diary series describes my decision to go all-in on HomeKit, even though it meant the expense of replacing some older, non-HomeKit-compatible devices. For me, it just makes obvious sense to have a complete ecosystem of connected devices that can all be controlled by a single app – and by Siri.

I’d even go as far as arguing that HomeKit-compatibility is now the entry fee for companies wanting to launch smart home devices. I’ve turned down several pieces of kit offered for review because they didn’t work with HomeKit.

But great as it is, HomeKit isn’t perfect. I described earlier some of my irritations, and in this piece I’ve compared notes with my colleagues to compile a wishlist of things we’d love to see …

Top of the list is the least interesting one, but the thing that would make the greatest difference in everyday use: reliability.

It’s not that HomeKit is unreliable. It works most of the time. I don’t see failures on a daily basis or anything like that. But I’d say that at least twice a week, one or more devices will fail to respond on the first attempt.

I haven’t seen enough failures to identify a definitive pattern, but the impression I get is that there’s a hierarchy of reliability. Using the manufacturer’s own app is the most reliable way to activate a device, followed by Apple’s Home app – with Siri the least reliable method.

As I’m writing this, for example, the Philips Hue app can control my lights, but neither Siri nor the Home app can – for no apparent reason.

One Siri issue is an apparent lack of intelligence when interpreting speech. While the iPhone is on the home Wi-Fi network, you would expect it to prioritize listening out for the relatively small number of HomeKit commands. But it doesn’t seem to do so. On several occasions, I’ve said ‘Night Home’ and Siri has thought I’ve said ‘Find Home.’ It has then offered me directions to the place I’m already in.

There have been other examples, so one really quick win would be for Siri to note when it’s at home and to listen first for HomeKit commands, only doing its more general parsing if nothing seems to match.

But more generally, I’d like to see Apple giving greater priority to reliability. (Actually, this is something I’d like to see from Apple generally, ahead of new features. It irritates me to no end that I have to deal with one particular macOS bug – the Dock randomly moving between monitors – on almost a daily basis, and that this bug has persisted through several major macOS releases. But that’s another rant.)

Included within this, I’d like to see Apple conducting reliability tests on all third-party smart home devices as part of HomeKit certification. Fail to hit a very high reliability rate, and you don’t get certified.

Related to this, both Siri and the Home app only support a limited subset of the features offered by devices. That means that while the theory behind HomeKit is that we don’t need to use a raft of different manufacturer apps, the reality is that we do.

I fully understand, of course, that it isn’t possible for either Siri or Home to support every single option offered by every device – that would be way too messy.

Have Siri support for all named Scenes

If I can create and name a Scene, Siri should always be able to activate that scene, rather than this being dependent on the scene and/or device. (And someone please tell me why on earth Siri can set Hue lights to almost any name-able color but blue?)

Have a color wheel in the Home app

Sure, I can set my lights to any one of six preset colors, and I can access others via the Edit button, which then gives me a color wheel, but that’s a very clunky way to do it. It would make obvious sense to be able to get single-tap access to any color from within the Home app.

Be able to set motion-sensor time-outs in Home

Similarly, motion sensors require their own apps to set time-outs. For example, in both kitchen and bathroom I use motion sensors to switch on the lights when someone walks in, and a time-out to switch them off again two minutes after it ceases seeing any motion. That’s a pretty basic function that I’d expect to find in the Home app.

If you have an Apple TV, or have an always-home iPad devoted to HomeKit control, then the Home app unlocks a whole bunch of automation. At least some of those features should be available as standard.

Now, sure, I understand that HomeKit can’t do something like switch on lights at particular times when there’s no controlling device home to tell it to do so (unless the device can be controlled remotely, over the Internet). But when any device is present – which for most of us, is anytime anyone is home – that device ought to be able to activate all of the automation stuff.

For example, I have to use IFTTT to switch on lights when I arrive home (triggered by my iPhone location). That’s a feature that ought to be baked right in.

As a minimum, location-detection should be able to trigger HomeKit Scenes, and ideally timers should run anytime there’s a device present which is running the Home app.

Again, related. Many apps allow you to trigger devices by sunrise and sunset times, for example switching on a porch light at sunset and switching it off again at sunrise. That’s something I’d consider sufficiently basic that it ought to be a standard feature within the Home app.

As with other time-based automation, I appreciate that it can only do this when a controlling device is present, but it should at least work when someone is home.

Two of my pieces of smart home kit require hubs plugged into my router. This isn’t an issue so far, but it could quickly become one. My router has four Ethernet ports, and if I connected directly to this, I’d only have two ports left.

So, again, I’d like to see Apple make it a HomeKit requirement for devices to operate without hubs.

I recognize the challenge involved here. A hub is a quick and easy way to make an existing standard – like ZigBee – HomeKit-compatible. If Apple weren’t exiting the router business, that’s something it could have perhaps solved by making an Apple router with built-in support for the various wireless smart home protocols. But one way or another, it’s a problem that needs to be solved.

I mentioned last time that even in the smartest of homes, there’s a role for traditional-style switches. But even though the Philips ones are very clever, they aren’t exactly pretty. My Tado thermostat, similarly, is a generic white box – and my Elgato plugs yet more white plastic.

I’d really like to see smart home kit that is smart in both senses of the word. Less plastic, more brushed stainless steel, please.

If I got everything I asked for above, this one wouldn’t matter. But while we are still heavily dependent on manufacturer apps, I’d like to see individual manufacturers offering much broader product ranges, so that more can be done within a single app.

I currently have Philips Hue bulbs in my ceiling lights, Elgato Eve plug sockets controlling standard lamps, a Nanoleaf Aurora light panel and a Tado smart thermostat. That’s four different apps – and that’s before I add smart locks to my doors (I’m still keeping a watching brief on those). A single manufacturer offering smart home products across categories would be a decent interim step.

So, that’s what’s on our HomeKit wishlist – what’s on yours? Please take our poll to see which of our ideas interest you most, and then share your own wishlist items in the comments. To give us the greatest sense of your priorities, we’re asking you to pick only your top item.