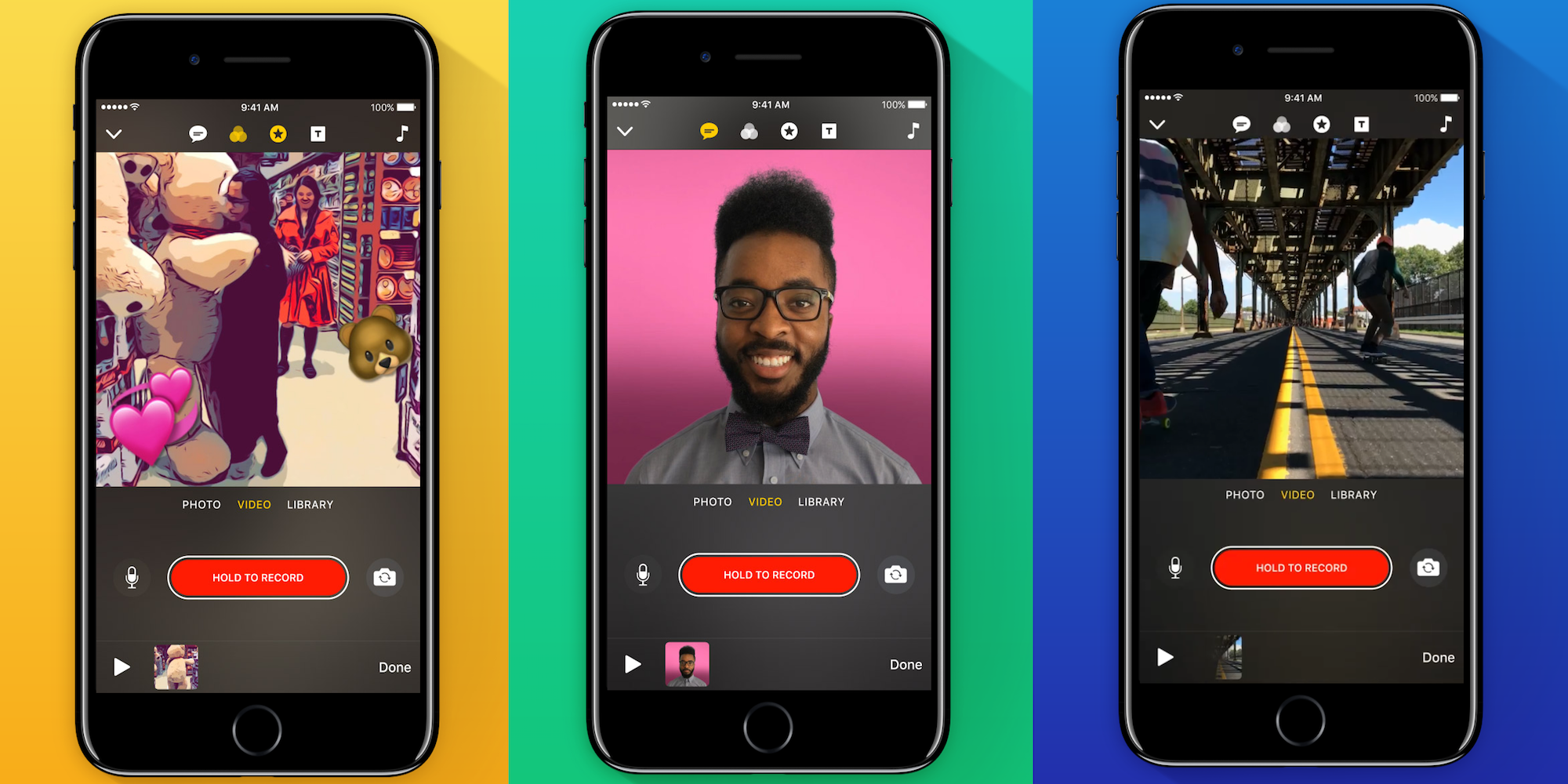 Apple’s new Clips social video editing app officially launched today for iPhone and iPad following an unveiling last month. While we’ve yet to spend significant time with the app ourselves, the reviews so far seem to be mixed with most reviewers noting similarities to Snapchat and some early shortcomings. The reviewers seem to agree the app provides fun and promising editing features, but most also noticed the user interface proved to be a little too difficult or confusing.

Head below for a full roundup of the reviews and some hands-on video:

“…it’s a video-making app that borrows some features from other apps. It’s an app that requires some thought and a little more work than a Snap or tweet or ‘gram does. These days, it’s possible to use those apps in public and with friends in a way that doesn’t feel terribly rude, whether it’s because everyone else is doing it or because the point is to share something quick and raw. With Clips, prepare to spend at least a few minutes making something share-worthy.”

Snapchat-like Fun…If You Can Figure It Out

Apple Clips is a promising movie editor for fast Facebook and Instagram-ready videos, and its captioning tools are fantastic…. Only makes square videos. Menu layouts can be a little confusing to learn at first. Audio editing is limited. Captions and audio can only be recorded when clip is added.

In its present state, Clips is a simple app. And that’s by design. It’s a quick and easy way to make sharable videos. It will be a hard sell for many. It’s certainly not for those who take video editing seriously, and there’s an unavoidable bit of overlap with the aforementioned social media offerings. But it’s fun and easy, and the final package is a lot slicker than much of the competition.

So yeah, after you factor in time recording clips, massaging them into the right order, adding the right effects and rendering the project into a shareable form, your first project will probably take a few minutes to complete. As it turns out, you can make things pretty damned complex: a single project can contain over 300 clips, and run for up 60 minutes… There are other spots where workflow breaks down a little bit… Some things, however, work just as elegantly as advertised.

Apple’s new video-editing app Clips is great. I don’t know why it was made… The native Podcasts app is anything but refined. Clips is a bit like that… Most of the video I shoot on my phone goes straight into a messaging app like Snapchat, Messenger, or increasingly Instagram. While you can export video from Clips into any of these apps (easily with Messenger or Instagram, awkwardly with Snapchat), they all have video recorders built into them already. They may have far fewer features but they also require far less steps.

The Bottom Line: Apple Clips brings powerful video creation concepts to everyone in a dead simple package… The Bad: Live Titles didn’t always get the transcription right • Video thumbnails that start with posters don’t show anything except the poster color

Clips will be available on the App Store for free today for iPhones and iPads running iOS 10.3 or later.