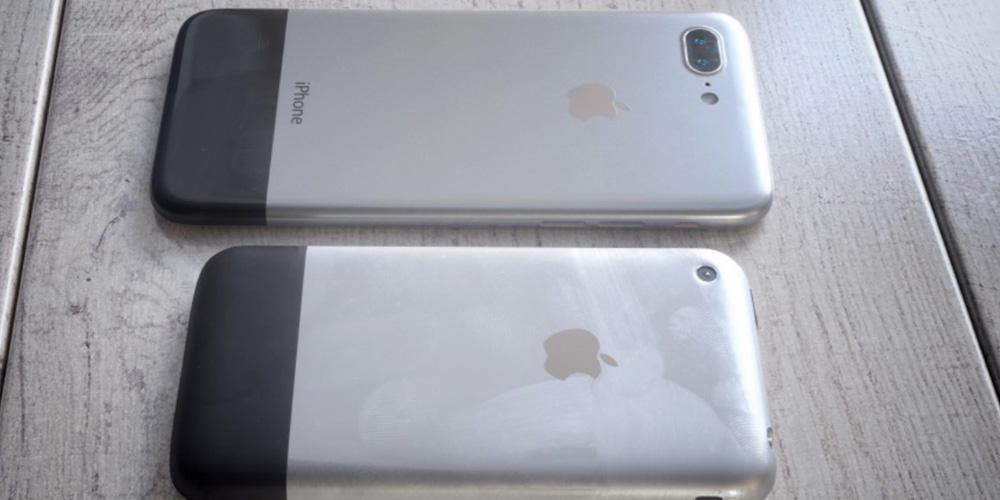 With the iPhone 8 rumored to have a near-bezel-free design, it’s no surprise that most of the concept images and renders have focused on the front of the device. But the key element of Martin Hajek’s concept images (which he names the iPhone X) is on the rear of the phone.

Apple’s metal-backed iPhones are not transparent to radio signals, so require breaks in the metal where the antennas are located. The company has taken various approaches to that over the years, and in the original iPhone that was a sizeable black plastic section at the bottom of the phone. It is this design which Hajek shows being brought back to the iPhone 8.

It’s of course an incredibly unlikely idea. Apple has worked hard over the years to make the antenna breaks as subtle as possible, along with glass-backed casings which don’t require one at all. The idea that it would return to something as obtrusive as this is hard to imagine.

As for the retro appeal, Apple doesn’t have much of a track record for celebrating anniversaries. It did so in a pretty big way for the 30th anniversary of the Mac(intosh), but the company seemed to content to note the iPhone’s 10th anniversary with a press release back in January.

But it’s a fun idea, and the front renders show something very much in keeping with the reports.

The concept was created for Computer Bild, and you can see a set of 36 images there – or just check them out in the video slideshow below. You can find all our iPhone 8 coverage in our guide.