The sketchy story behind this iPhone 8 schematic going around … 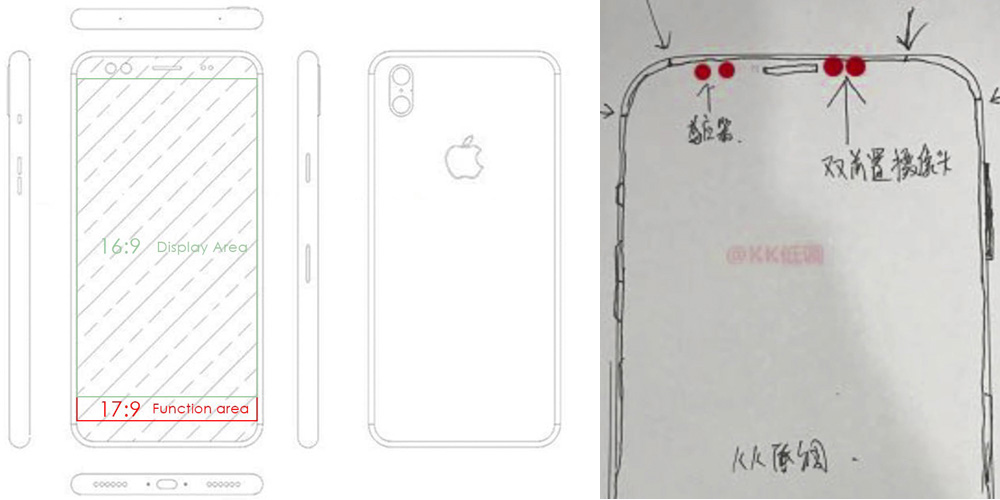 An alleged schematic of the iPhone 8 (or iPhone X) is getting some play today – but it isn’t quite what it appears. However, it’s not necessarily completely bogus either …

It doesn’t look a genuine iPhone schematic, and there’s a simple reason for that: it’s not. It was in fact created by Benjamin Geskin, who specializes in creating renders based on rumors.

Geskin doesn’t claim that the drawing he created is anything other than his guess. What he does claim is that he is basing his drawing on sketches of a prototype by a factory worker. These source drawings (above and below) are as crude as could possibly be.

Geskin is not without credibility when it comes to leaks. A render he created of Samsung’s Galaxy S8 based on a piece of protective glass was on the money, and about a week ahead of leaked views of the real thing.

But as both S8 glass and alleged iPhone sketches were ones he found on the Chinese social networking site Weibo, there’s no way to know whether this is a source known to Geskin or whether he just hit it lucky by spotting something credible-looking from some random person on the Internet.

Bottom line: we can’t know whether the original sketches are any more real than they are crude, and the schematic is only as good as the source.