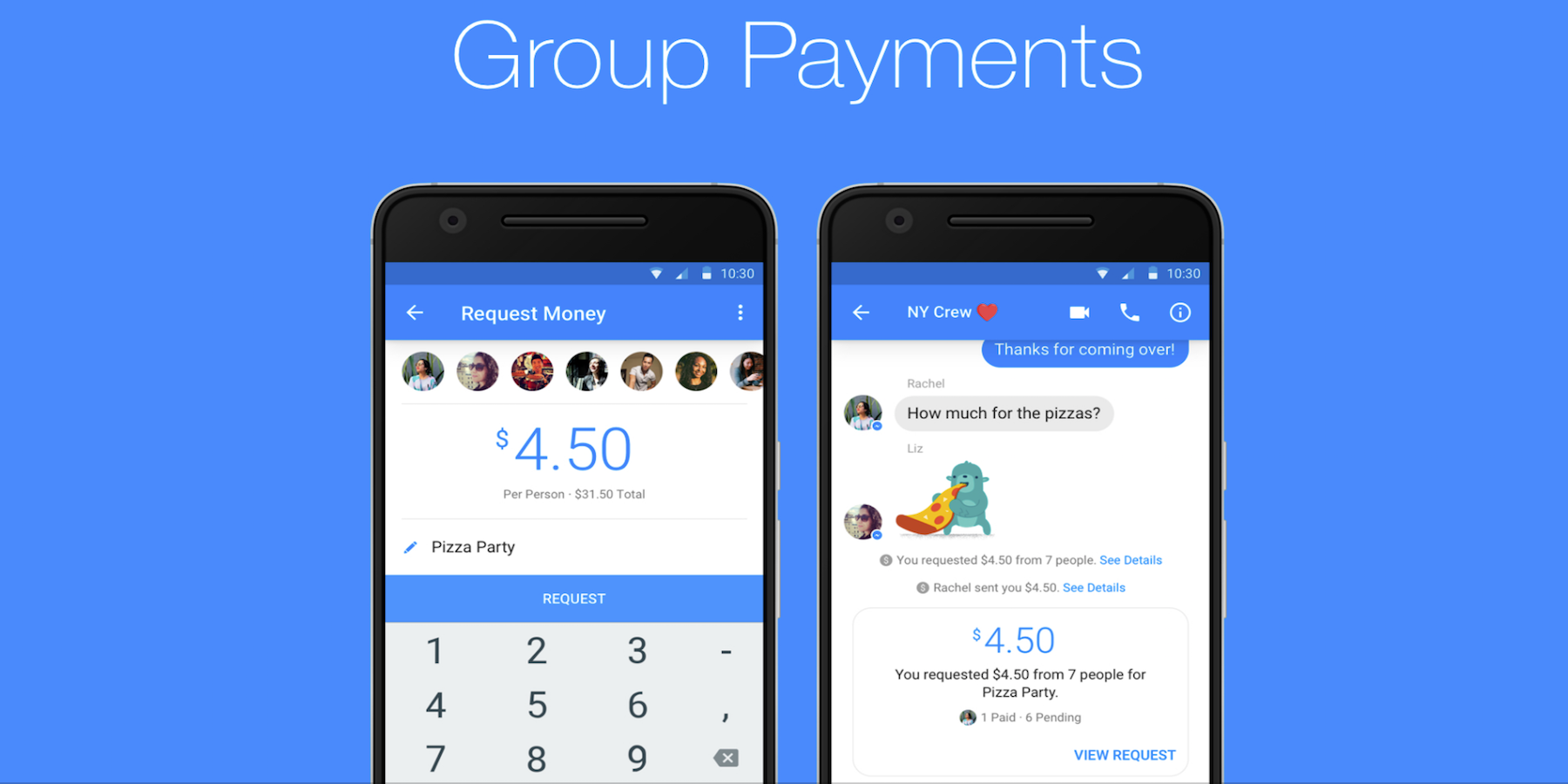 To enhance the feature within Facebook Messenger that lets users send money to one another, today the app is getting an update that enables payments among groups of users. The feature is aimed at people that want to be able to easily split restaurant bills or send money to friends, and works via group conversations in Messenger. It’s first coming to desktop, but should arrive later for iPhone and iPad users as the Android app today gets access first.

It’s free, simple, fast, and secure. Whether you’re splitting a restaurant bill or chipping in for a group gift, all you need to do is go to a new or existing Messenger group conversation to get started… Simply tap on the plus sign in the bottom left hand corner of a group conversation to find more features, and tap the payments icon ($).

With the new feature, you can choose to send or request money from any person within a group conversation, or choose everyone within the group. You can also enter a total amount that will be divided evenly among the group for paying bills.

The feature will be free to use and like the existing person to person payments feature will only support Visa or Mastercard debit cards for now.

Facebook is rolling out the feature for users in the U.S. on Android and desktop starting today, and presumably at a later date for iOS users.